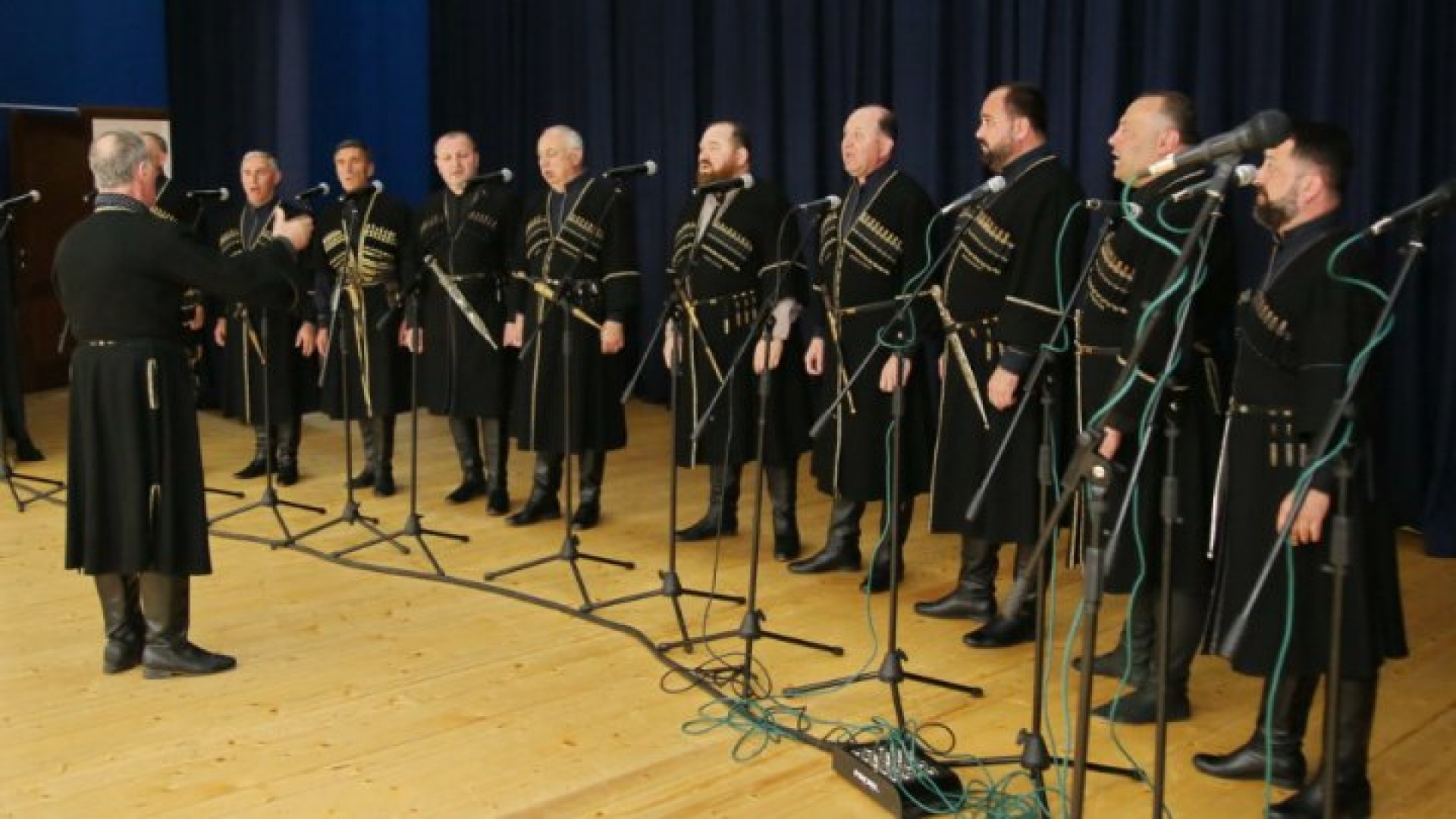 The famous Georgian polyphonic choir “Batumi” gave a grandiose concert in the Organ Hall. A two-hour performance in Chisinau was held as part of the “Week of Georgian Culture”. The artists amazed the audience with a live performance, and the audience thanked the team with loud applause. They admit that they listened to the concert with bated breath.

Through the tonality and vibration of sounds, Georgian artists evoked a variety of emotions. The artists performed euphoric, motivating, melancholic and even dramatic songs.

In the final, as a sign of solidarity with Ukraine, Georgian artists performed a song in Ukrainian. The audience was moved to tears.

After the concert, we talked with the members of the choir backstage. They noted that they were pleasantly surprised by the warmth of the Moldovan public.

“The audience is very dynamic and optimistic. The audience is full of energy. And given the Moldovan cultural traditions and experience, after each performance, I felt how the audience reacted. We can proudly say that we deserved it,” said Nodar Varshanidze, a member of the ensemble.

The artists spoke about the features of the Georgian national costume: “It is called Chokha. There is a knife. And cartridges for weapons. If you study the history of Georgia, we have always had wars. When doing agricultural work and harvesting grapes, he always had a gun with him. We are always ready so to speak!”

The concert in the Organ Hall is one of the events of the Week of Georgian Culture, organized by the embassy of this country.

“June 25 marks the 30th anniversary of the establishment of diplomatic relations between Georgia and the Republic of Moldova. In this regard, together with our Moldovan colleagues, we organized the days of Georgian culture. Sukhishvili’s concert has already taken place, and other concerts have taken place. I am glad that all events were a real success and that the Moldovan public fell in love with the Georgian culture. I have said and I will repeat again: we want more Moldova in Georgia and more Georgia in Moldova. Thank you!” said Levan Diasamidze, Ambassador of Georgia to Moldova.

Prime TV channel, together with the Georgian Embassy in Moldova, is holding the Days of Georgian Cinema until June 26. TV viewers can watch short-length and full-length Georgian feature films. Among the most beloved by the public are the legendary paintings “Meeting in the Mountains”, “Don’t Cry” and “Mimino”. Beginning at 22:00, immediately after the main Primele Ştiri newscast.