Gazprom wants to expand in Europe with dumping prices 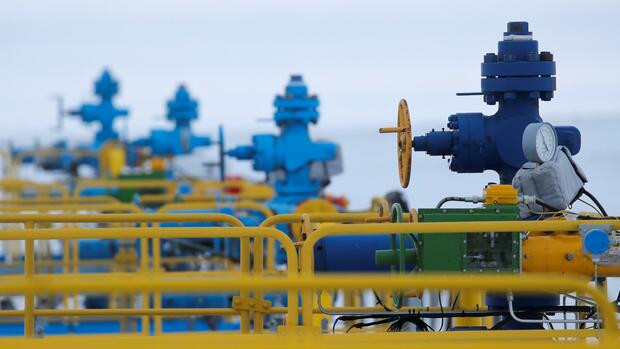 Moscow Winter was warm in Germany – too warm actually. In December the average temperature was three degrees above the long-term mean, in January and February even more than four degrees. The pleasant side effect of the rather bland winter: It had to be heated much less – not only in Germany, but also with the neighbors.

Consumers are happy about this, and suppliers often remain on their gas. And so the gas storage facilities in Europe are still 55.5 percent full on average at the end of winter. That is the highest value ever in history. In some years, Europeans had pumped just as much into their storage facilities at the beginning of winter.

The world market price has therefore been falling for months. The oil price crisis further accelerated the decline. The raw material is now traded on the Dutch trading platform TTF, one of the most important gas exchanges in Europe, at a price of less than $ 90 per 1000 cubic meters.

And it is precisely in this situation that the Russian gas giant Gazprom is increasing its sales in this segment. While Gazprom sold 14.1 billion cubic meters via its own electronic trading platform ETP last year, it has been well over 8.6 billion cubic meters since the beginning of the year. In March, Gazprom had already sold 2.46 billion cubic meters of gas at spot prices. Extrapolated to the year, this would correspond to 2.5 times the previous year.

However, the revenue fell significantly. While 1,000 cubic meters of gas cost more than $ 200 a year ago, it has been an average of $ 113 since the beginning of the year.

In times of crisis, the group tries with all its might to maintain and expand its dominant market position. After all, a good third of the gas imported by the EU came from Gazprom. However, the competition has recently become increasingly stronger, especially from liquefied petroleum gas (LNG) from the USA, but also from Russian competitor Novatek.

Gazprom has resisted the spot market for many years and sold its pipeline gas through long-term contracts in Europe. When Gazprom finally launched the ETP a year and a half ago, it originally only served as an “additional means of optimizing our gas deliveries”, as Gazprom Export boss Jelena Burmistrowa explained.

But in the meantime, ETP has competed with its own traditional deliveries by massively reducing prices in electronic commerce. At ETP, gas is a third cheaper than through long-term contracts. Accordingly, many Gazprom customers are switching to ETP.

Fitch company analyst Dmitri Marintschenko suspects that Gazprom may be deliberately intensifying competition via ETP to force LNG competitors out of the European market. The calculation behind it is simple: Gazprom expects that the more expensive LNG producers will no longer be able to keep up with prices, have to give up and withdraw from the European market.

But Gazprom is also taking full risk with the strategy. The household was set up based on a gas price of $ 200 per 1,000 cubic meters. The group still has expensive construction projects to complete, such as the completion of Nordstream2. With gas prices at this level, the company will have to rethink some investments.

And the forecasts are cloudy: The Oxford Institute for Energy Studies sees summer as a low point. If the gas price on the spot market remains below $ 100 per 1000 cubic meters, it will become increasingly uncomfortable for Gazprom to shift sales to this area at the expense of long-term supply contracts. Even with Gazprom’s relatively low funding costs, the company can hardly make a profit at such a price level, Marintschenko says.

More: Reason should prevail in the oil price dispute between Russia and Saudi Arabia