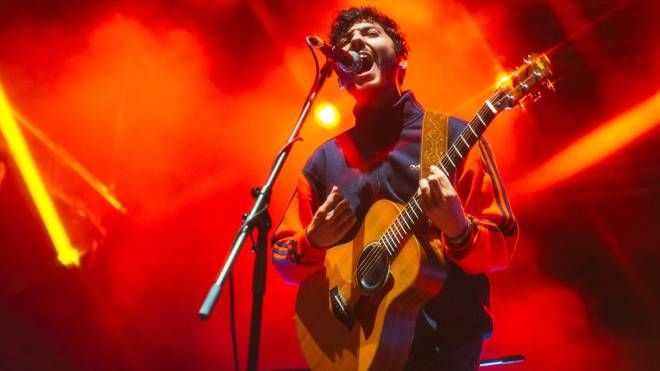 Fulminacci, indie pop singer-songwriter, who also won the Tenco plaque, is ready to return with his music on the stages of the main Italian festivals: departure with a bang tonight from Fiesole at 9.15 pm the summer tour – the live is already sold out – is added a new appointment – the next appointment in Tuscany on August 6 at the Antisocial Park in Volterra (Pi) – the “Many dear things and other successes tour” in the main Italian clubs was a great success. After having sold out for most of the dates, he garnered a lot of enthusiasm from the public and critics, which defined him the future of Italian music. And tonight the singer-songwriter, more charged than ever, is ready to involve the public with his music and to accompany him throughout the summer.

Another round: the new Italian rock alongside the Ukrainian people with Rock For Ukraine, the concert organized by Lithio, in collaboration with Fratres Nazionale – Donatori di Sangue, and this time on Sunday 26 June at the Cascine Amphitheater. From 8 pm Bengala Fire, Lithio, Mutonia, Inner Code, Drop Circles and Slugchop will take the stage. For the Florentines Lithio will be an opportunity to preview their new record “Revolution“. Also on stage were two bands that we appreciated at X Factor 2021: the Treviso-based Bengala Fire (finalists) and, from Frosinone, Mutonia, both gravitating in Brit-rock orbits. And again, from Florence the nu metal sounds of the Inner Code, the grunge of the Drop Circles (fanalists at Sanremo Rock 2021) and the “contaminated” metal of Slugchop. Tickets cost 15 euros in advance – on www.ticketone.it (tel. 892.101) and in the Box Office Toscana points (www.boxofficetoscana.itpunti-sales) and 20 euros at the cashier of the Cascine Amphitheater on the evening of the concert. The bands will participate free of charge and all the proceeds will be donated to the purchase of medical equipment – thanks to Fratres Donatori di Sangue – destined for the Ukrainian people.