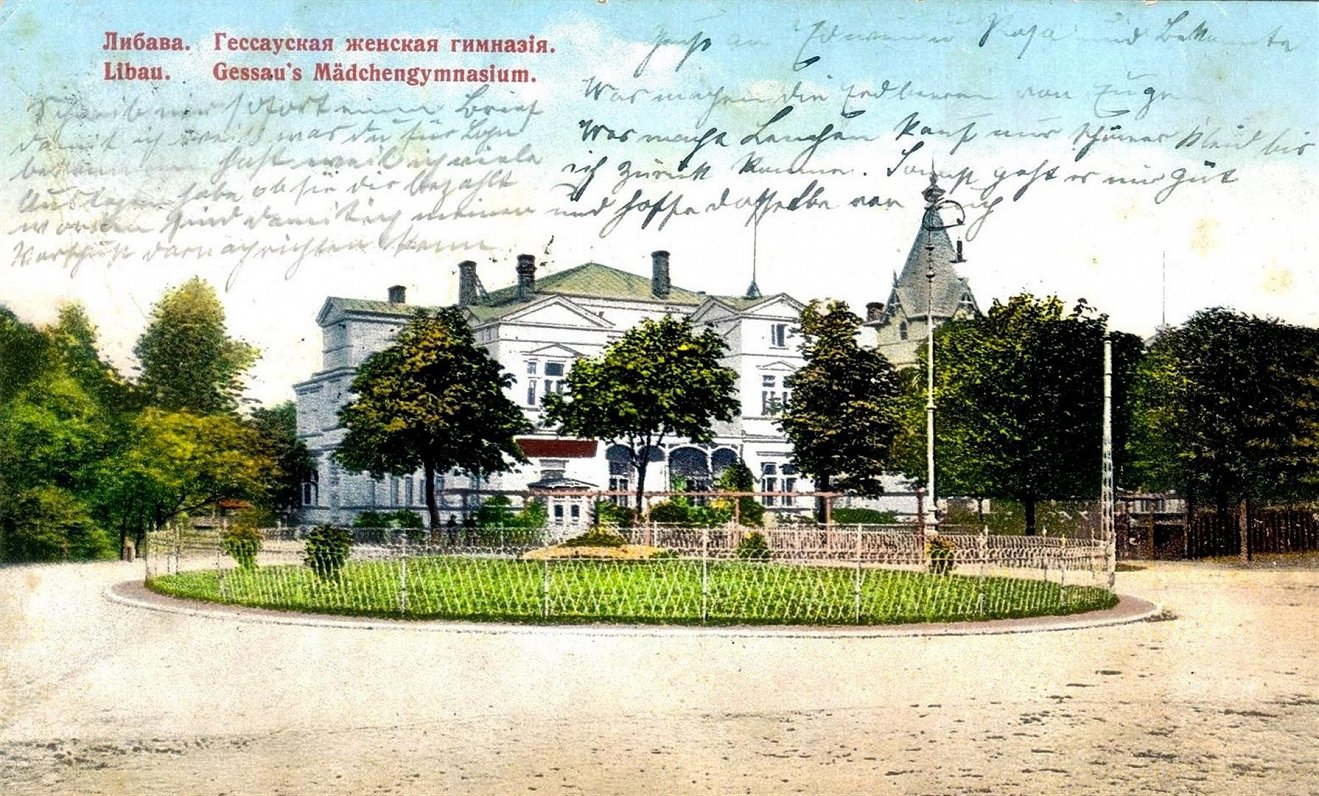 The book “Striving for the Light” came out at the end of last year and covers the history of education in Liva-Libau-Libau-Liepaja from 1560 to 1918. Citizens appreciated the work of Anna Protchenko, rewarded with her title Liepaja Resident of the Year 2021.

First, Anna Protchenko gave a short excursion into the history and development of the city, paid attention to how the population grew and its ethnic composition changed, old photographs with views of Libau replaced each other on the screen. And only then began the story of education – from the very first schoolwhen Liepaja was still not a city, but a settlement of Liva. The conversation was about nautical, commercial and railway schools, about what languages ​​were taught in different schools and gymnasiums in Libava … Anna paid special attention to Nikolaev gymnasiumwhere many eminent people have studied. For example, Lithuanian politicians, including initiators of the Lithuanian Independence Act February 16, 1918 and the first president of Poland, Gabriel Narutowicz. After the Polish uprising of 1863, many Poles expelled from their homeland moved to Libavaone of the reasons was the Nikolaev gymnasium with a high level of education.

And there were music schools in Libau, including Gabriel Wicker courseswas the studio of painting and photography of Professor Grenzing, where he studied the famous Eduard Tisse, cinematographer of all films by Sergei Eisenstein. All this is also described in the book by Anna Protchenko.

There were also many women’s educational institutions in the city – we recall that education was then separate. City schools, colleges and a gymnasium, private women’s gymnasiums and colleges … A total of about a dozen. Including the Hessau Women’s Gymnasium, named after its headmaster, Alisa Emilyevna Gessau. But she headed the educational institution only at the beginning of the 20th century, and it opened much earlier.

In 1867, the girl Johansen opened a private school for girls, in 1874 the school already had the status of a higher female school – one of two in the city. 10 years later, the school was taken over by the maiden Betty Melville, a year later it entered the top ten women’s schools of the first category in the educational district. Until 1887, instruction was in German. In 1891, the educational institution became a 6-class higher women’s school of the 1st category. In 1898 – seventh grade.

At the beginning of June 1901, the newspaper Goldingescher Anzeiger reported that B. Melville, a long-term teacher of the 7-grade private women’s school of the 1st category, was leaving her post for health reasons. It was then that the girl Alisa Hessau stood at the head of the school, first together with L. Yermolova.

The educational institution did not have its own premises, but it grew, and therefore often moved. By that time, she had rented premises in the house of Knopf’s heir at Kornstrasse 47 (now Graudu).

At this time, the city government decided to expand the program of the educational institution in order to further transform it into a private women’s gymnasium – by that time there was already one in Libau, but overcrowded, the city was in dire need of a second one. From 1902, the school raised its status several times, by 1908 it became a six-class private women’s gymnasium of A. Hessau. The gymnasium continued to move endlessly … In these six years, it moved four times! And ended up in house number 32 on Kurgauzsky Prospect (now Kurmayas), then number 34. Those times are captured on an old postcard.

The school grew, strengthened its position, actually caught up with the Libava Women’s Gymnasium, the influx of students grew. The premises became cramped again… The Board of Trustees of the Libava Private Women’s Gymnasium A. Gessau appealed to the city council with a request to provide a land plot for the construction of their building. The fathers of the city went forward and allocated a plot of 300 square meters. sazhen with a “tire payment” of one kopeck per square sazhen, this was done when the city allocated land for educational needs. Along the way, it was agreed that the new building should be built within three years. But by 1911, nothing had been built like that. The term was extended for another three years. Well, you already understood – nothing was built until the First World War, and during the First Republic, nothing happened in an unallocated area.

In the pre-war years, the women’s gymnasium with government rights was 8-grade, the eighth was a pedagogical class, that is, girls could graduate from the gymnasium and become teachers. There was also a preparatory class, where girls were accepted without any knowledge whatsoever. The program was rich – they taught languages, natural sciences and exact sciences, they did not forget about needlework. The head of the gymnasium, Alisa Hessau, followed the trends of the times and in 1905 opened accounting courses at the gymnasium, where they provided theoretical and practical knowledge for everyday and office work, taught office knowledge, correspondence, shorthand, accounting, etc.

Instead of an afterword

…The meeting with the readers took place in Walter’s library. The readership of the library is large and multilingual. Similar events are held in both Latvian and Russian. This time we spoke in Russian, because the book was written in it. The next meeting will be in Latvian, as the head of the library Valtera Erika Korate told Rus.LSM.lv, it is planned with an artist, a photographer and just a wonderful person Irina Tire. She has a book of graphics Liepāja in the graphics and photo album A look.

Please highlight the relevant passage in the text and click Ctrl+Enter.

Please highlight the relevant passage in the text and click Report a bug.