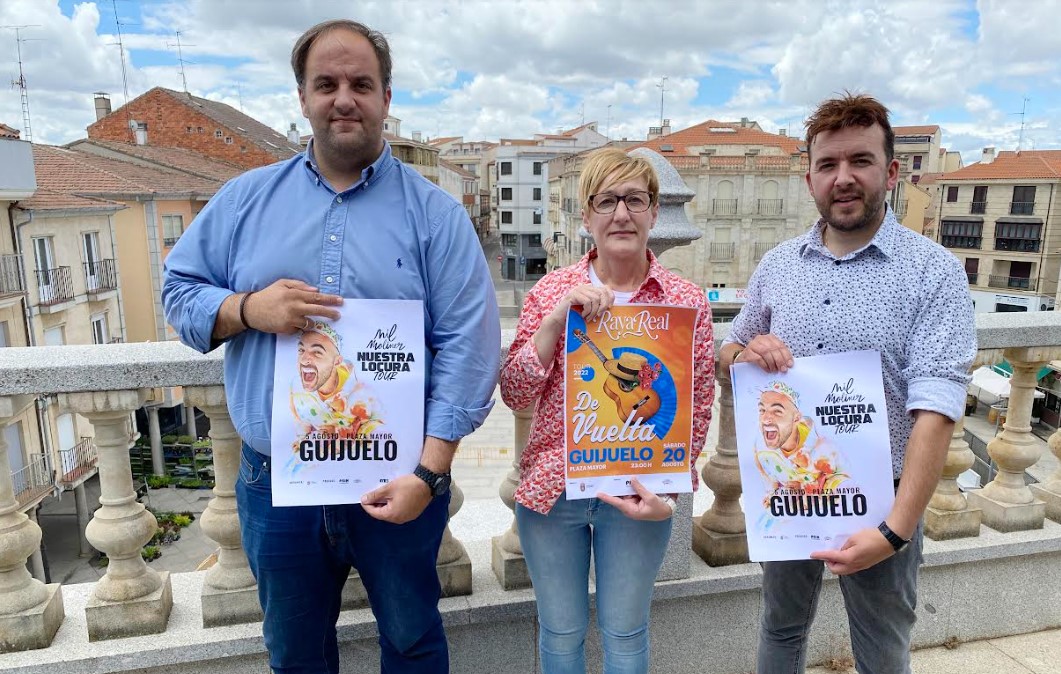 Nil Moliner and the Raya Real group join the eight orchestras that will perform in the Plaza Mayor de Guijuelo, as confirmed by the Councilor for Festivities, Roberto H. Garabaya, who this morning released more details of the musical program for the Festivities of August 2022.

The first of the announced concerts will be that of the Catalan Nil Moliner, who on August 5 will present his ‘Nuestra loca tour’ tour. On August 20, the Raya Real group will put the culmination of the Patron Saint Festival with its rhythms from the south. Both concerts will be free and in the Plaza Mayor.

These are all musical performances that will take place in the Plaza Mayor:

See also  SandlerFest concerts at the Green Theater at VDNKh