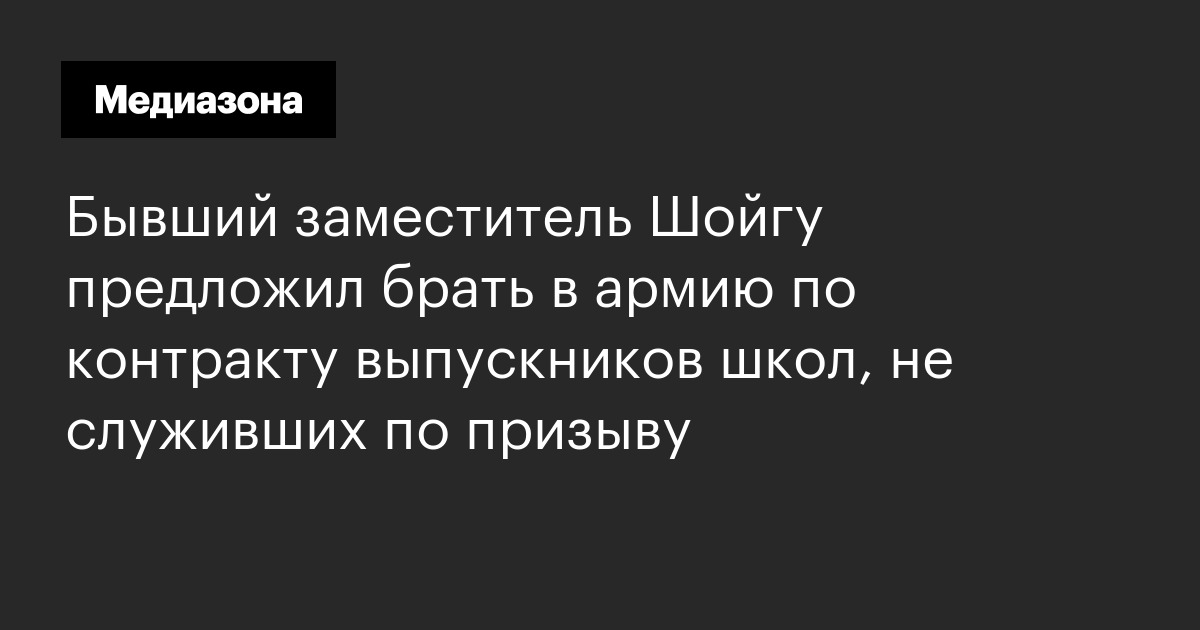 Former Deputy Minister of Defense, Deputy Andrey Kartapolov proposed concluding contracts for service in the Armed Forces and the National Guard with school graduates without conscription service experience. He introduced such amendments to the second reading of another bill. Attention to this was drawn by the Russian service of the BBC.

Kartapolov proposed to prescribe that “male citizens who are not in the reserve, who have received a secondary general education and are entering military service in the Armed Forces, National Guard troops” are suitable for concluding a contract.

Now graduates, according to the criteria in the law “On military service”, for this they need to serve on conscription for at least three months or have a secondary vocational education.

The minimum age for concluding the first contract is 18 years. The age limit, which used to be 40 for Russian citizens and 30 for foreigners, was lifted in May. According to Deputy Defense Minister Nikolai Pankov, now the first contracts up to 50 years old will be signed with everyone.

The profile committee on defense, which is headed by United Russia Kartapolov, approved his amendment and recommended the Duma to adopt the bill. The second reading was scheduled for June 28.

Yevgeny Burdinsky, head of the organizational and mobilization department of the General Staff of the Armed Forces, said in March before the start of the spring conscription that the proportion of school graduates among conscripts “does not exceed 5%” due to delays in education.

See also  Discussion of the report on designated for Education | government