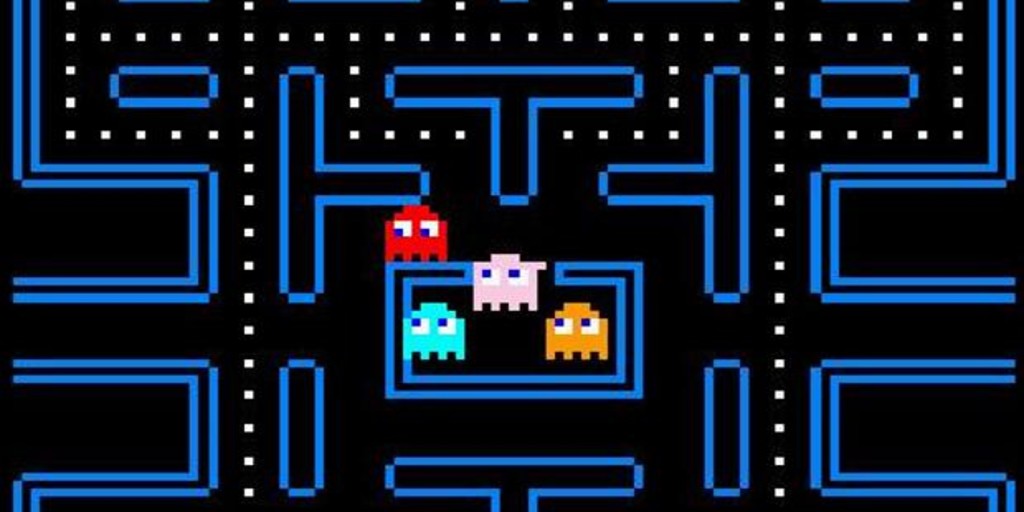 Just like today in 1980, Pac-Man saw the light to revolutionize the world of arcade video games. Forty years later, the famous “comecocos” has not only marked the generation of the youth of the eighties, but has taken its toll on many others who are still playing.

From the 1970s, when “Pong” was released, to the present day, with famous titles like “Minecraft”, the history of video games has been adding other almost or as mythical as “Pac-Man”, which have become symbols of their generations and which, far from being forgotten over the years, have survived and adapted to the passage of time.

Banner of the first generation of modern video games, “Pong” was released in November 1972, created by Nolan Bushnell and developed by Atari. Simulating a two-dimensional table tennis match, the player controls his paddle, which moves vertically, to hit the ball to one side or the other.

The video game, which some consider the first in history, marked a milestone in arcade machines. Since then, “Pong” has been adapted to other formats of recreational games and, in 2012, to commemorate its forty years, it also became an “app” through a modernized version, with more designs and tools.

Computers, arcade machines, mobile devices, calculators, watches … There is no platform that resists «Tetris». But if one is associated above all with the puzzle game, that is the Nintendo Game Boy, one of the best-selling consoles of all time.

In a golden decade of video games, in which characters such as Donkey Kong and Super Mario, Alekséi Pázhitnov He devised in 1984 a game that managed to shade “Pac-Man” in arcade games. “The prize was a free game. We didn’t play anymore because we ran out of money », remember twenty-somethings of that time about arcade machines.

Although the first title came in 1987, it was “Street Fighter II” (1991) that marked a before and after in arcade fighting games. From arcade to Nintendo Swicth, the video game has been adapted to all the consoles that have emerged since its creation by the Japanese Capcom; as well as titles born at that time, such as “Sonic” (1991) and “Pokémon” (1996).

The “Street Fighter II” is a formula that is still being copied today, based on characters with their own stories, time-limited battles and a series of special movements that were only learned through experience. Its footprint extends even to movies, series and songs that include winks to the fighting game.

Since its creation in 2000 by Will Wright, the Electronic Arts (EA) game has leapt from the original computer version to PlayStation, Nintendo and Xbox mobiles and consoles. Become the quintessential social simulation saga, the goal of “The Sims” is to meet the needs of the characters and fulfill their dreams and life goals.

Relating to the neighborhood to make new friends, get promoted at work, get in shape, learn a new dish and start a great family are some of the aspirations of the inhabitants of Vista Gentil and the rest of cities, expandable wishes with expansions that allow for more actions, like having pets or going to college.

The first version of «Minecraft» developed in 2009 by the Swedish Markus «Notch» Persson It has changed a lot until today: since its launch, the Microsoft game has incorporated numerous modalities and levels of difficulty for each player and has even reached augmented reality with «Minecraft Earth» (2019).

The best-selling computer video game in history continues to bring together millions of players thanks to a formula that combines creativity, action and strategy within its classic virtual block universe.

The first electric scooters with integrated helmet are deployed in Paris

Personal transport equipment - bikes and scooters - will be the stars of the post-deconfinement summer. You might as well add an extra layer...
Read more