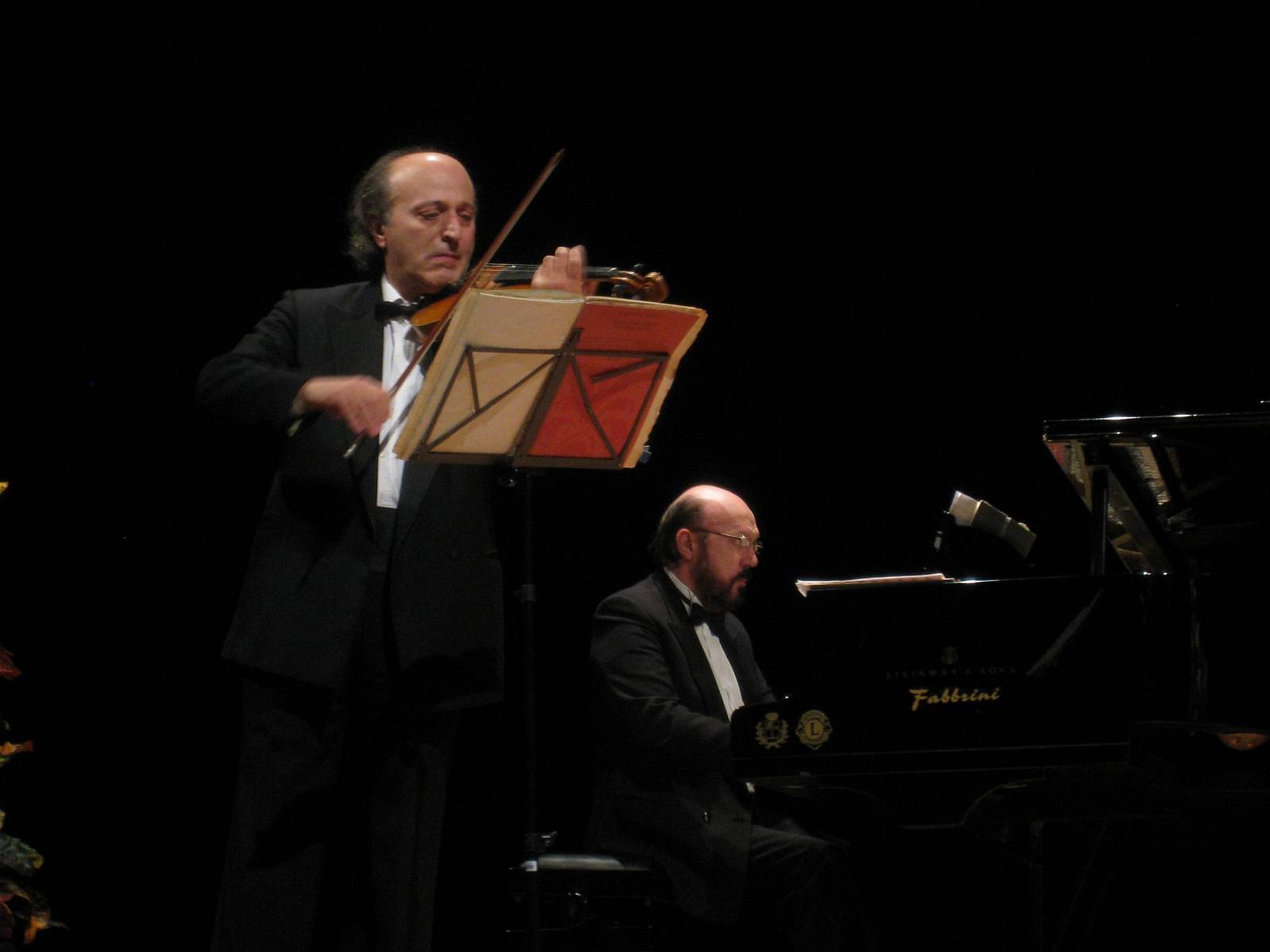 TREVI – Concerts and city walking in Trevi; guided and musical visits to Spello. There are many appointments planned in these days and organized by Federico Cesi Festival “Music Urbis”the musical event now in its 15th edition and organized byFabrica Harmonica Association, scheduled until next 4 September in various municipalities of Umbria.

In Trevi the appointments with great music continue, scheduled at cloister of San Francesco. Saturday 6 August (9.30 pm) it will be “Blu Tango, Piazzola and Gershwin”, a journey with the protagonists, history, words in the sounds of tango. To run it the Duo Macle with Sabrina Dente and Annamaria Garibaldi at the pianoforte with alcuni dei più celebri brani by Astor Piazzolla (Goodbye nonino, The death of the Angel, Introduction to the Angel, Fracanapa, Fugue and mystery, Escualo, Allegro tangabile, Three minutes with reality, Primavera porteña) e with Rhapsody in blu by George Gershwin. Monday 8 August (9.30 pm) there is a gift for the 150th anniversary of the birth of “Aleksandr Skrjabin: the sound, light, the synaesthesia of sounds and colors”. A unique multimedia show with Alessandro Bistarelli at the piano that pays homage to Aleksandr Skrjabin and his research between sounds and colors. Songs by Alexander Nikolaevich Scriabin tratti da Two Pieces op. 57, Album leaf op. 58, Two Poems op. 71, Two Dances op. 73, Five Preludes op. 74 e Towards the flame – Poem op. 72. Tuesday 9 August (9.30 pm) it will be the turn of the “Lyric gala: famous arias and duets” with Mariangela Di Giamberardino (soprano), Alessandra Canettieri (mezzo-soprano) and Ademaro Dipaola (piano). A journey through the repertoires of different authors and historical periods. Double musical appointment for Wednesday 10th August. From 17 will go on stage “The city that plays”, city ​​walking among music, historic buildings and squares of Trevi (free admission). On the night of San Lorenzo the cloister of San Francesco (9.30 pm) will host “Memory of a dear place” with the Duo of Perugia, Patrizio Scarponi on violin and Giuseppe Pelli on piano, who will perform music by Peter i. Tchaikovski (excerpts from Three Pieces, op. 42) Jean Sibelus (Nocturne, Op. 51 n 3), Antonin Dvorak (Romantic Pieces Op. 75 and Sonatina Op. 100). Followed by a wine tasting from the Ponziani winery. Admission to all evening concerts will be 10 euros for the full ticket and 7 euros for the reduced (under 18, over 65 and affiliated). For information and reservations: www.festivalfedericocesi.it, fabricaharmonica@gmail.com, 393 9145351, 389 6638112.

See also  [VIDOS] Important device: Azales roundabout: the gendarmes put an end to a concert in tribute to Kaya

From Sunday 7 August in Spelloinstead, it will kick off “Art in art”, a series of initiatives with free admission and included in the “Incontri per le Strade 2022” event. These are guided tours by Athena Promakos and string concerts organized by the Festival that will animate various monuments of the city. The first will be held Sunday 7 at the Civic and Diocesan Art Gallery (5 pm) where the violin duo formed by Livio Palpacelli and Mario Mariottini will perform, performing some rarities of the prolific French violinist and composer Jacques Féréol Mazas, who lived between 1782 and 1849. The second is for Thursday 11 August (5 pm), again at the Pinacoteca, with the Japanese guitarist Chieko Hata, winner of many international musical competitions, who will give life to an exciting Latin American repertoire with music by Brouwer, Lauro, Piazzolla, Reis. Following the visit to Porta Venere and Torri di Properzio. The last appointment of Art in Art will be there Saturday 20 August (5.30 pm) at the Cloister of San Girolamo with an early music concert. He will follow the visit to the Portico, the Cloister and the Church of San Girolamo.

Il Federico Cesi Festival will go on until next September 4th with a very rich daily program of concerts, seminars, conferences, exhibitions: over 60 events, the majority of which are free, with a very varied and attractive program to celebrate the music and the first 15 years of the event. The event has the patronage of the Umbria Region, the Diocese of Orvieto-Todi and the municipalities that host it; has the support of the Cassa di Risparmio di Terni and Narni Foundation (Carit).

For the complete billboard: www.festivalfedericocesi.it.