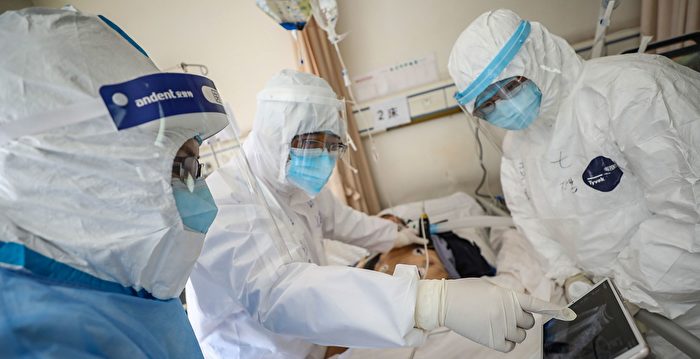 [Epoch Times, August 7, 2022](The Epoch Times reporter Ning Haizhong comprehensive report) As the new crown epidemic continues to ravage the world, authoritative medical journal reports show that an emerging infectious disease “Langya virus” has appeared again in China. The Langya virus was recently discovered in Shandong and Henan, which can be transmitted from animals to humans and can induce fatal diseases. The outside world is worried that once it develops to human-to-human transmission, it may spread on a large scale around the world like the new coronavirus. The Chinese Communist Party has not officially announced the outbreak.

On August 4, the authoritative medical journal “New England Journal of Medicine” (NEJM) published an article pointing out that microbiologists in Beijing and Qingdao discovered a new animal-derived Henipa virus that can infect humans in Shandong and Henan, named Langya. Virus (Langya virus, LayV). (Link to the original report)

The report showed that 35 patients with acute LayV infection were found in Shandong and Henan provinces, of which 26 were only infected with LayV (no other pathogens were detected). The other nine had other infections. The clinical symptoms of 26 patients included body fever, weakness, cough, and vomiting, and were accompanied by impaired liver and kidney functions. No deaths have been reported at this stage.

The study found no evidence of human-to-human transmission, and it is temporarily impossible to draw conclusions about whether the Langya virus can be transmitted from person to person.

The research report shows that the Langya virus belongs to the Paramyxoviridae family. It has been tested against 25 species of animals. Among them, the shrew (commonly known as the money rat in Taiwan) has the highest seropositive rate of 27%, and is presumed to be the natural host of the Langya virus.

The authors of the above-mentioned articles include scholars from many domestic and foreign research institutions, including the Beijing Institute of Microbial Epidemiology, the Qingdao Center for Disease Control and Prevention, and the Duke-NUS School of Medicine.

According to “Sanli News Network”, Huang Limin, director of National Taiwan University Children’s Hospital and an infectious disease physician, said that Langya virus is an RNA virus. If the main host of the virus is mammals, it will be more difficult and more difficult than if the host is birds. Opportunistic mutations are transmitted from person to person. The Langya virus may mutate in the future and become more suitable for the body’s immune system. Once it develops an adult-to-human disease, it may spread on a large scale around the world like the current new crown epidemic, and the fatality rate will be higher. However, he believes that it is impossible to accurately assess the risk of this new virus.

So far, the CCP has not seen any reports on the discovery of the Langya virus.

On August 7, when a reporter from The Epoch Times searched for “Langya virus” on mainland Weibo, there were only screenshots of Taiwanese media reports reposted by netizens. Some mainland netizens left a message and said: “Langya virus? Is it true or false? I didn’t see the slightest discussion.”

The reporter searched for the Langya virus on Baidu, and only the Chinese version of the above article in the New England Journal of Medicine was reprinted by sporadic self-media such as the WeChat public account “NEJM Medical Frontier”.

See also  In Herford, pet owners can book a new offer for their four-legged friends after operations: Physiotherapy for dogs - Enger

As the Chinese authorities have always concealed the truth, it is currently unknown whether the epidemic has spread to more cases.