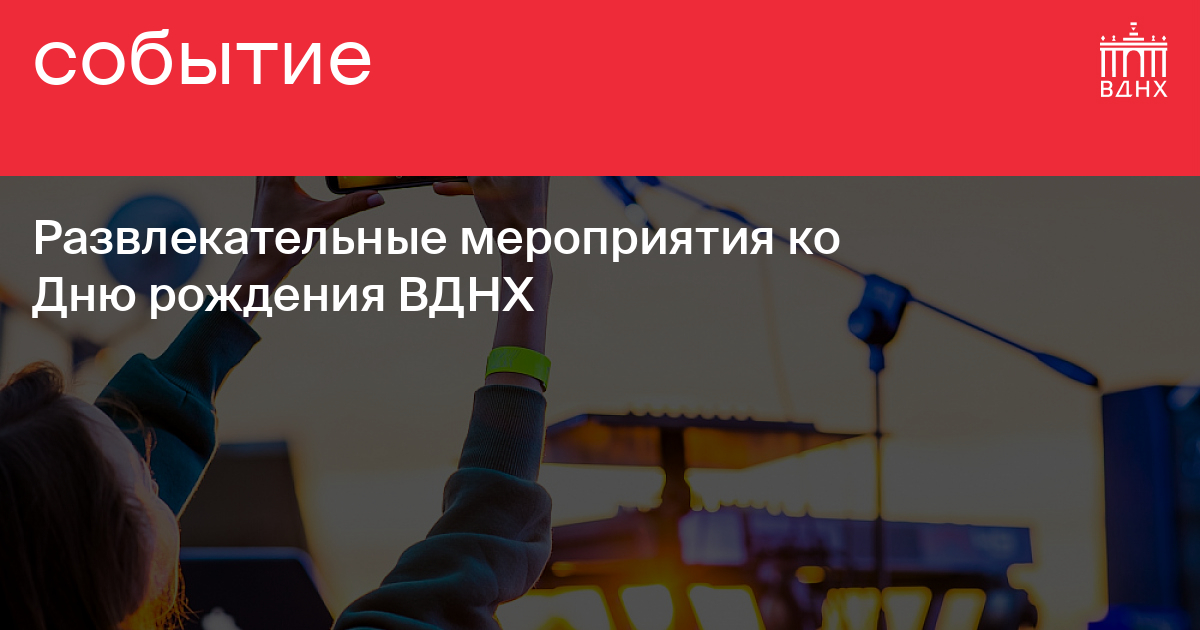 On August 6 and 7, VDNKh invites you to celebrate its 83rd anniversary. Shows, concerts and performances by riders of the Kremlin Riding School, interactive zones and thematic excursions, master classes and lectures, gastronomic surprises and special promotions await guests.

For those who want to visit entertainment events, we suggest that you familiarize yourself with the program.

17:00 – concert on the veranda “Rock hits on Scottish bagpipes”.

“Music on the Roof”, Pavilion “Worker and Collective Farm Girl”

At parties there will be a bar with alcoholic drinks, so the event is 18+.

20:00 — we invite you to make a musical journey into the era of Soviet cinema together with the band Elena and the boys. You will hear your favorite songs from the cinema, popular melodies and little-known, but no less beautiful compositions of the Soviet period. The program will create an atmosphere of nostalgia and immerse you in the musical past of the USSR.

Music program on stage at Restomarket

The full program of VDNKh’s birthday celebrations is here.