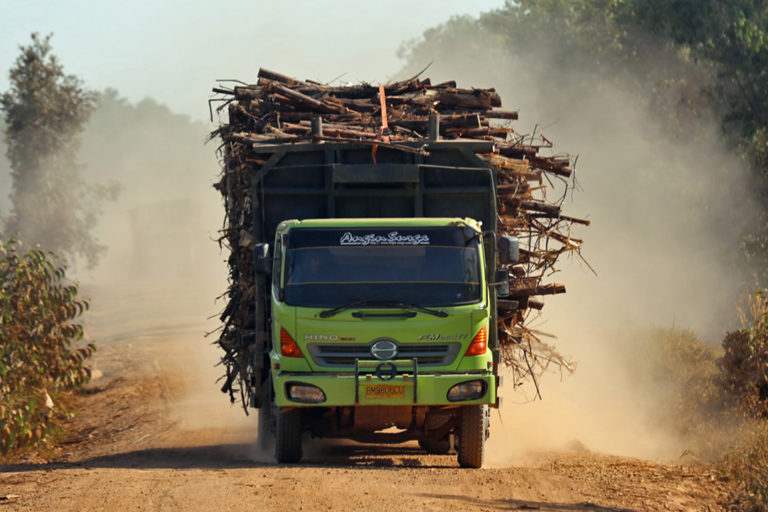 JAKARTA – Indonesia’s plan to wean itself off coal by burning it alongside an increasing amount of woody biomass will threaten more than a million hectares of tropical rainforest and lead to massive net carbon emissions, a new analysis shows.

The process of cutting coal with materials such as wood chips, oil palm kernels and sawdust is known as co-firing, and has been touted by the government as a key way to reduce greenhouse gas emissions from coal-fired power plants. Electricity.

The plan is to increase the proportion of biomass burned by coal-fired power plants to 10%, which the government says will require 9 million tonnes of biomass a year.

But a more realistic figure is 10.2 million tonnes, according to Trend Asia, an Indonesian think tank focused on the clean energy transition. Trends Asia said in a recent analysis that the amount of biomass could not come from agricultural or municipal waste, meaning most of it would have to come from large-scale forest plantations.

That would require 2.33 million hectares (5.7 million acres) — roughly 35 times the size of Jakarta, according to Trend Asia. Considering that Indonesia’s current annual production of wood pellets is less than 1 million tons, nearly half of it must be newly built – which in many cases means deforestation for acacia and eucalyptus.

Meike Inda Erlina, a renewable energy campaigner at Trend Asia, said the resulting deforestation – 1 million to 1.05 million hectares (2.47 million to 2.59 million acres), depending on the combination of acacia and eucalyptus – would lead to biodiversity and ecosystem services.

“There is biodiversity [in our forests] This supports our lives as human beings, and many people depend on forests for their livelihoods, especially those living in forested areas, such as indigenous peoples,” she said in a recently released Trend Asia analysis. “All of this Both have immeasurable value that the state cannot pay [back]. “

Darmawan Prasodjo, president of state-owned utility PLN, said the co-firing scheme will provide a source of livelihood for the local community, which grows acacia and eucalyptus as wood pellets. He also said there is plenty of non-forested “barren” land to grow them, including 800,000 hectares (2 million acres) on the island of Java.

Analysis by Trend Asia shows that it is well known that the CO2 emissions associated with deforestation for new energy plantations will far outweigh any emissions reductions from co-firing.

Under a 10% co-firing scenario, Indonesia’s 52 largest coal-fired power plants are expected to reduce emissions by 1 million tonnes of carbon dioxide equivalent (CO2e). But according to Trend Asia, the cost of making that happen — clearing forests to make way for acacia and eucalyptus plantations — would result in emissions of 469 million to 489 million metric tons of carbon dioxide equivalent.

Even if the co-firing plan is fully implemented, the amount of coal burned in Indonesia is expected to continue to increase until 2030, he added. That goes against the government’s own touted co-firing scheme as a way to transition from fossil fuels to renewables, he said.

“So why haven’t we seen coal consumption drop?” Mumu said.

“It’s going to be a double disaster,” he said. “Coal’s carbon emissions will continue to rise due to increased consumption, but then we also use co-firing of biomass, which we will have to pay for over the next 20 years.”

Increasing coal-fired power generation will also add to the financial pressure on the state, Meeker said. She noted that the government will spend 1.36 trillion rupiah ($91 million) for every 1 gigawatt of additional power generation. But the country’s grid is already oversupplied by 5 gigawatts, the equivalent of nearly $1 billion in electricity the government pays for but cannot sell.

However, despite concerns about the sustainability of burning biomass in coal-fired power plants, the government has enacted several regulations to support the policy.

Amalya Reza Oktaviani, campaign manager of watchdog group Forest Watch Indonesia, said regulations issued by the Ministry of Environment and Forestry made it easier for companies to obtain forest concessions for “energy security” purposes. In these cases, companies don’t have to wait until the land demarcation process is complete before they can begin developing the concession – which in many cases means clearing forests.

Companies will also be eligible for larger-than-usual concessions of up to 60,000 hectares (148,000 acres) per province, or 300,000 hectares (741,000 acres) nationally, Amalya said at the Asia Trends launch, and would not require approval from the provincial governor . Report.

The companies will also be exempt from paying non-tax income and obligations to restore watershed areas, she said.

According to the Ministry of Forestry, as of 2020, a total of 14 companies have developed more than 156,000 hectares (nearly 386,000 acres) of energy plantations, with another 18 companies planning to join the rush.

Also for “energy security” purposes, the government has earmarked 5.4 million hectares (13.3 million acres) of forest area that can be used for plantations, according to FWI. Not all of this will necessarily be cleared, but the point is that this potential deforestation is “within the law,” Amalya said.

“So we can see [deforestation for energy plantations] is legal,” she said.

Banner image: A truck with acacia logs in Indonesia, 2014. Acacia is a species that can be used as an energy crop to produce wood pellets. Image courtesy of Rhett A. Butler/Mongabay.

Feedback: Use this form to send a message to the author of this article. If you want to make a public comment, you can do so at the bottom of the page.