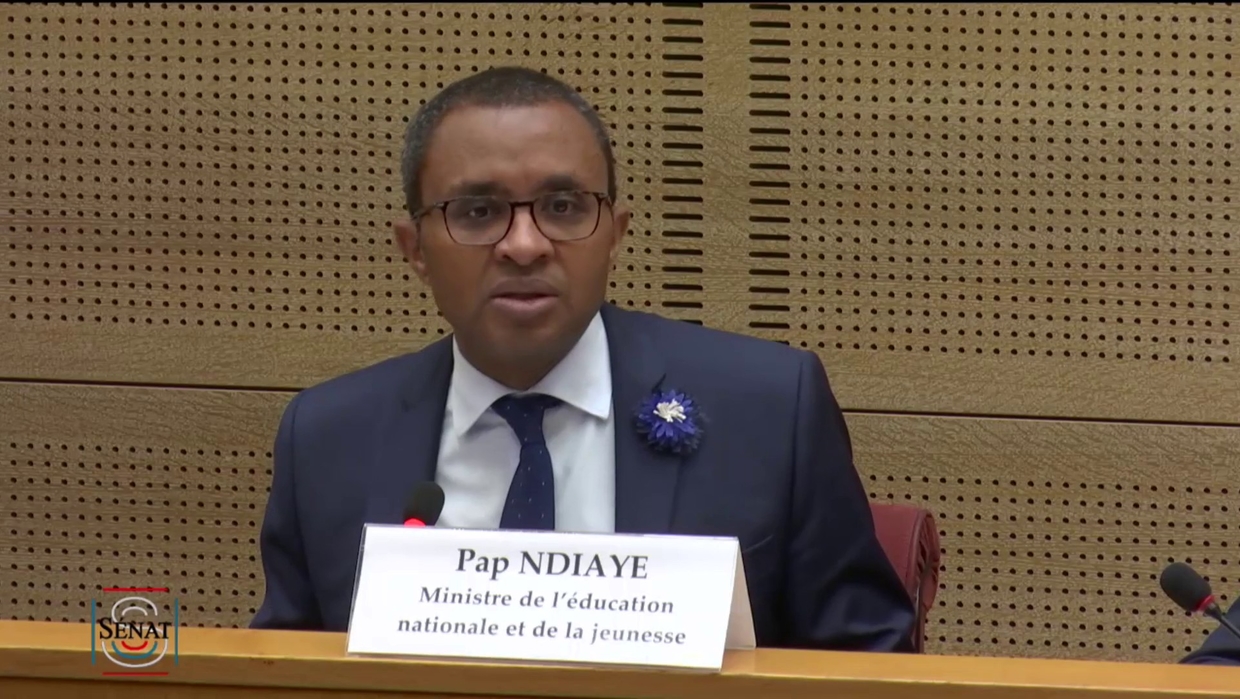 In front of the senators, Pap Ndiaye came to present a first increased budget, with a “strong and unprecedented increase” in the credits of his ministry, with an additional 3.7 billion euros, i.e. a budget of 59.7 billion euros. and 6.5% growth compared to 2022. This increase, as with almost all ministerial budgets this year, must be weighed against inflation, assessed at 5.6% by INSEE in September. “The Finance Committee can only be delighted that there is a little more money,” admitted Gérard Longuet, rapporteur for the school education budget in the Senate, joined by Max Brisson, another LR senator specializing in the subject. , who could only “welcome the 935 million euros obtained from Bercy for the revaluations. »

The Minister of National Education then went into detail on the sums allocated to this famous revaluation of teachers, the item of expenditure “which counts the most in this increase in the 2023 budget”, in order to “recognize the unfailing commitment teachers”: “This shock of attractiveness that a Senate report rightly underlined recently, you find it in this budget with 935 million euros devoted to the revaluation of teachers, for the last four months of the year 2023, since they will be effective in September 2023.

Revaluations: the “unconditional” part and the “pact” part

635 million will be devoted in the draft finance laws for 2023, to the so-called “unconditional” part of the revaluations, which will therefore be automatic and “focused on the first part of the career to break the false flat which characterizes salary increases at this time,” the minister said. Over a full year, this “unconditional” revaluation will represent 1.9 billion euros, to lead to a total increase of 10% in wages, with in particular the increase in the index point, and thus achieve the objective of no longer having a teacher paid less than 2000 euros net per month. Pap Ndiaye assured that “staff at the end of their careers would not be forgotten”, with in particular an improvement in access to “final grades”, such as the “hors classe” which should increase remuneration at the end of their career.

Then comes the so-called “pact” part of the revaluation of teachers, which will finance up to 300 million euros for 2023, an additional increase in salaries “provided that new missions are carried out, which are sometimes already carried out without being fully valued. In order not to preempt the consultation on the subject with the teachers’ unions which began on October 3 and should end in February, the Minister of National Education cited, by way of example, continuing training outside of time teaching, individualized follow-up of pupils and assistance with orientation, short-term replacements or even the carrying out of educational projects.

10% increase for AESH obtained at the Assembly

“But the answers that you will address will not be without effect on the commitment of my colleagues who are not all as measured as I have become with age,” euphemised Senator LR. Jacques Grosperrin, rapporteur for the opinion of the Committee on Culture and Education, confirmed this expectation of a response from senators, which went a little further than the simple budget lines presented by the services of the Ministry of National Education, and therefore finally retained Pap Ndiaye more than 2:40 in front of the senators this evening. Among the subjects of concern raised by the senators, the future of the inclusive school, occupied a good part of the discussions. Access to school for people with disabilities “remains a priority for the ministry and the government”, assured the Minister of National Education, who notably advanced the creation of 4,000 support positions for students in disability (AESH).

Pap Ndiaye nevertheless acknowledged that “the increase in notifications [d’élèves nécessitant un accompagnement], which depends on the Departmental Houses for the Disabled (MDPH), is much faster than that of the number of AESH positions. “Faced with this pressure and “the expression of a legitimate concern in the National Assembly” on the weakening of the material situation of AESH because of inflationary tensions, a revaluation of 10% of AESH had been “retained”, “ according to the same timetable as the teachers”, i.e. at the start of the 2023 school year, for a budget of an additional 80 million euros.

These various revaluations “will not reverse brutally” the recruitment difficulties currently encountered by National Education, conceded Pap Ndiaye. “There are factors related to working conditions, or how young people project themselves into a profession that was designed for careers that last until retirement. Whereas today, they want exit doors after ten years, and entry doors for people who enter after another professional experience,” added the Minister of Education. national, who also insisted on the need to revalue “the symbolic place of teachers in French society” to remedy “a feeling of downgrading which goes beyond simple financial questions. »