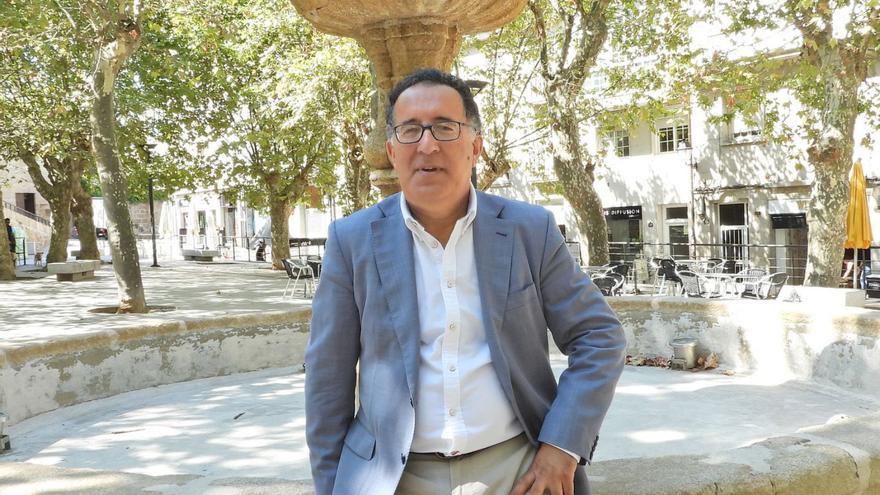 – In recent months sexual crimes have increased, 22.7% in Ourense, according to Interior, 25.8% in Galicia as a whole. A greater number of accusations for these facts can be seen in the Provincial Court. What do you think is the reason for the rise in cases?

– The increase in sexual crimes is perceived throughout the Galician judicial sphere, as expressed in the report of the Superior Court of Justice of Galicia. It is a scourge that should make us reflect as a society in order to find a solution that goes beyond the criminal sphere. The easy access to pornography through the Internet has led to a deviation in the sexual education of young people, considering as normal behaviors that imply the objectification of women and that end up generating violent episodes like many of those that we judge.

“The workload borne by judicial bodies depends to a large extent on social evolution itself, it is not outside of it”


– Is it particularly difficult to judge this type of crime?

– These crimes occur in private, outside the eyes of third parties, which determines greater probative difficulties as the evidence rests exclusively, on many occasions, on the victim’s statement. This does not prevent a sentence from being pronounced, but it requires a careful and detailed examination of the evidence, since justice is a balance that holds the rights of both parties equally, requiring the existence of full evidence to be able to pass a sentence. of sentence.

– Is there still any effect of the pandemic on the activity of justice?

– The workload borne by judicial bodies depends to a great extent on social evolution itself, it is not outside of it. The pandemic, the economic crises and the generation of a more protectionist consumer right have led to an increase in the number of cases, requiring greater dedication and greater numbers in order to avoid delays in the resolution of matters.

“We are proud of the evolution that the Family Court has followed, as the statistics show and the citizen can observe in the reduction of response times”

– What are the most overloaded jurisdictions or courts in Ourense? For example, the Alternativas na Xustiza union has denounced the lack of personnel in Verín and also a bad situation in Xinzo de Limia, as well as an overload of work in Instance 1, 3 and 5.

– The statistics indicate that the civil jurisdiction is the one with the greatest workload, especially in the capital, derived from the increase in consumer affairs and those related to banking activity. The situation of Xinzo and Verín does not generate concern nor does it present elements that make us think of a delay in response times to citizens. In both courts we have titular judges and in addition to great competence and dedication.

“The use of justice for political purposes comes from those who intend to use it to obtain an electoral advantage, and we judges do not participate in this. When the facts appear criminal, there is no other solution than to investigate”

– The TSXG applied reinforcements in Family and the guardianship office was created in Ourense. Are positive effects of these measures being noticed?

– The president of the TSXG has always shown a special concern for Ourense, and has not spared the reinforcements that have been requested to improve the specific situation of some courts or the Civil Section of the Court. We are proud of the evolution that the Family Court has followed, as the statistics show and the citizen can observe in the reduction of response times.

– Is there any need in Ourense for additional reinforcements, or is the creation of new judicial offices even considered?

– At this time we have an adequate judicial plant. In the coming years we will consider increasing civil judicial bodies, but it is not an immediate need.

– The Provincial Court operates as an appeals chamber, in addition to prosecuting the most serious crimes. 6 years and 4 months have passed since the start of the case for the death of a police station. Isn’t that too long a period for an instruction?

– It is up to the Investigating Judge handling the case to determine its closure, either dismissing it or agreeing to continue the procedure. The Court has pronounced itself in various resolutions recalling the necessary compliance with legal deadlines, since the latest legislative reforms try to avoid excessive delay in the processing of criminal matters, and of course, although it is a complex instruction, they must be complied with legal deadlines.

“Much progress has been made in the modernization of justice, and the digital file is now a reality”

– Is there still a way to go in terms of the digital file, and in the use of telematic means in the daily activity of the courts? Is there a gap in this regard between the city and the district courts of the villas?

– The month of October is established as the date to work all the courts in ‘zero paper’. Much progress has been made in the modernization of justice, and the digital file is now a reality. It is necessary to continue advancing and correct certain dysfunctions that are still visible, but we are on the right track. The courts of the towns are endowed with the same means as those of the capital. In fact, in Ourense, the Bande court was one of the first to function with ‘zero paper’.

– An election campaign is coming up. The crisis of the local government of Ourense was not only political, but also had a judicial derivative. Do you fear that complaints with political intentions could increase? How should justice proceed to avoid perverse use?

– Judges do not file complaints, we resolve them. The use of justice for political purposes comes from those who intend to use it to obtain an electoral advantage, and judges do not participate in this. When the facts present a criminal appearance, there is no other solution than to investigate them, even if their veracity is not proven later. It is a consequence of the system itself, guaranteeing but at the same time demanding in the investigation of crime.

– Do you think that society knows what the day-to-day life of a judge is like, the work and the reflection required to resolve a procedure? Put another way: when they have to resolve, are they capable of abstracting from the media noise, how the victim will accept the decision, etc.?

– There are professions that accompany you throughout the day, and justice is one of them, a kind of priesthood that forces you to make personal honesty a way of life. Deciding on the lives of others entails a load of responsibility that requires special dedication, continuous training and personal integrity to resolve what you consider fair. Justice that results from the application of the evidentiary norms and the current legislation, and that obliges to carry this pronouncement to the end, whatever the media pressure.