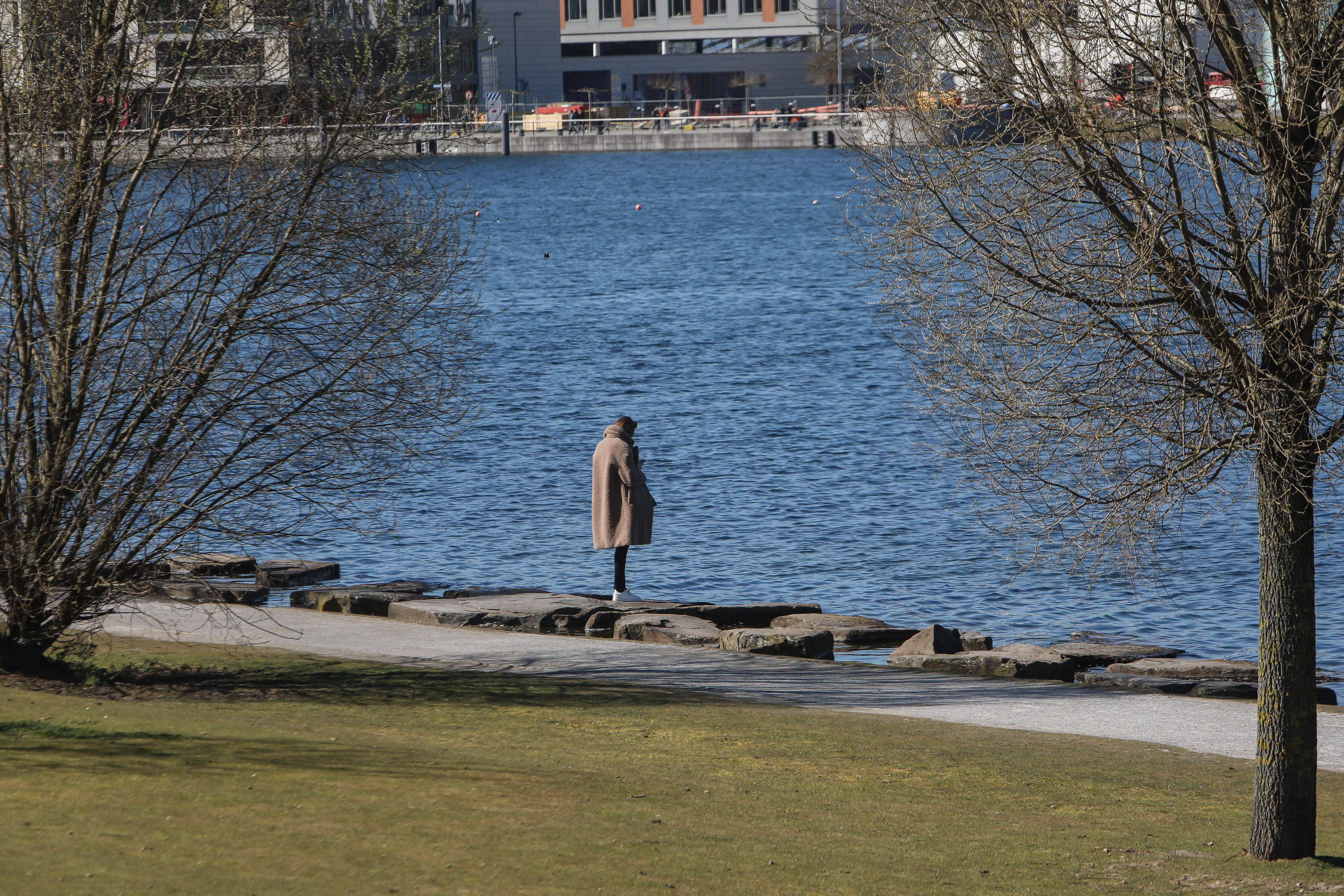 Terrible sight at the Phoenixsee in Dortmund!

Unknown persons probably tied the legs of a young Egyptian goose together on the southern shore of Lake Phoenix with yarn. Now the police are investigating Dortmund for violating the Animal Welfare Act and is looking for witnesses who have observed something suspicious.

Dortmund: The mistreated Nilsgans lay on a stone at the Phoenixsee

The Egyptian goose lying helplessly on a stone was discovered by a Dortmund woman on Wednesday afternoon (September 21) at the lake. The yarn left marks in the animal’s wrapped legs.

But the young bird was not abandoned by its family: for example, when dogs approached the tormented Egyptian goose, the mother sounded the alarm and the entire goose family formed a protective circle around the animal.

Dortmund: Several women redeem the goose from their suffering

And a 47-year-old woman also rushed to the bird’s aid and even brought in other passers-by. A total of five women finally took care of the Egyptian goose on a meadow on the bank.

+++ A1 near Dortmund: Police escort car from mega traffic jam – behind it is a dramatic call +++

A blanket was purchased so that the goose would not be touched with bare hands. The passers-by cut the knot with nail scissors and unwound the yarn.

Dortmund: Police are looking for the animal abusers

Thanks to the women, the freed bird was eventually able to get up, walk, and swim away with his family.

Thank God the police are not aware of any other cases of tortured waterfowl at Lake Phoenix. Nevertheless, the Dortmund police want to find the perpetrator or perpetrators. Who did this to the poor animal? If you can provide information about the animal torturers, then contact the police station on 0231/1327441.

Explosion at the city limits of Dortmund

On Friday night, an explosion woke residents in Witten on the border with Dortmund. More about this here >>>