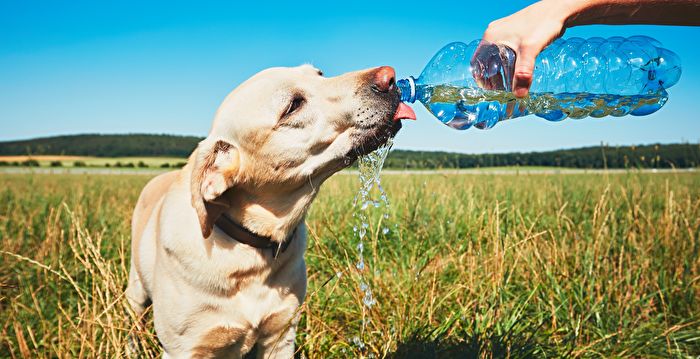 [The Epoch Times, June 23, 2022](The Epoch Times reporter Chen Juncun reported) People should pay attention to keeping hydrated, especially in the summer when they are prone to sweating. The pet dog at home also needs to stay hydrated, but the owner must not let the puppy drink water, because drinking too much water can lead to dangerous symptoms and even death.

According to the American Kennel Club website, puppies can suffer from “water intoxication” if they drink a lot of water in a short period of time.

Just like people, when a puppy drinks too much water, the electrolytes in its body can get out of balance and lower sodium levels to potentially dangerous levels.

Puppies are often drinking too much water because they are swimming, diving, or retrieving prey in the water. They can also cause “water poisoning” when they play in the courtyard by chewing on water pipes or sprinklers.

Smaller puppies are at higher risk for water intoxication than larger puppies because their bodies have to work harder to remove excess water.

The American Kennel Club states on its website that symptoms of water intoxication in puppies include: lethargy, gas, vomiting, loss of coordination (such as tripping, falling, or hobbling), restlessness, drooling, pale gums, pupils Zooming in, staring blankly.

As the stress on the brain increases, the puppy’s cells will begin to die, and they may have trouble breathing, have seizures or fall into a coma.

In severe cases, the puppy’s brain can be damaged beyond recovery and eventually die. If you suspect your puppy has symptoms of water intoxication, you should take him to the vet right away.

See also  Corona: beginning of the Covid-19 symptoms - how is the severe course?

How much water should a puppy drink on a regular basis? A puppy’s normal daily water intake will vary based on factors such as size, age, activity level, diet, weather conditions, and more.

In general, a puppy should drink about 1 ounce (one-eighth of a cup) per pound (0.45 kg) of body weight per day, according to the PetMD website. But they drink a little more on hot days or when exercising.