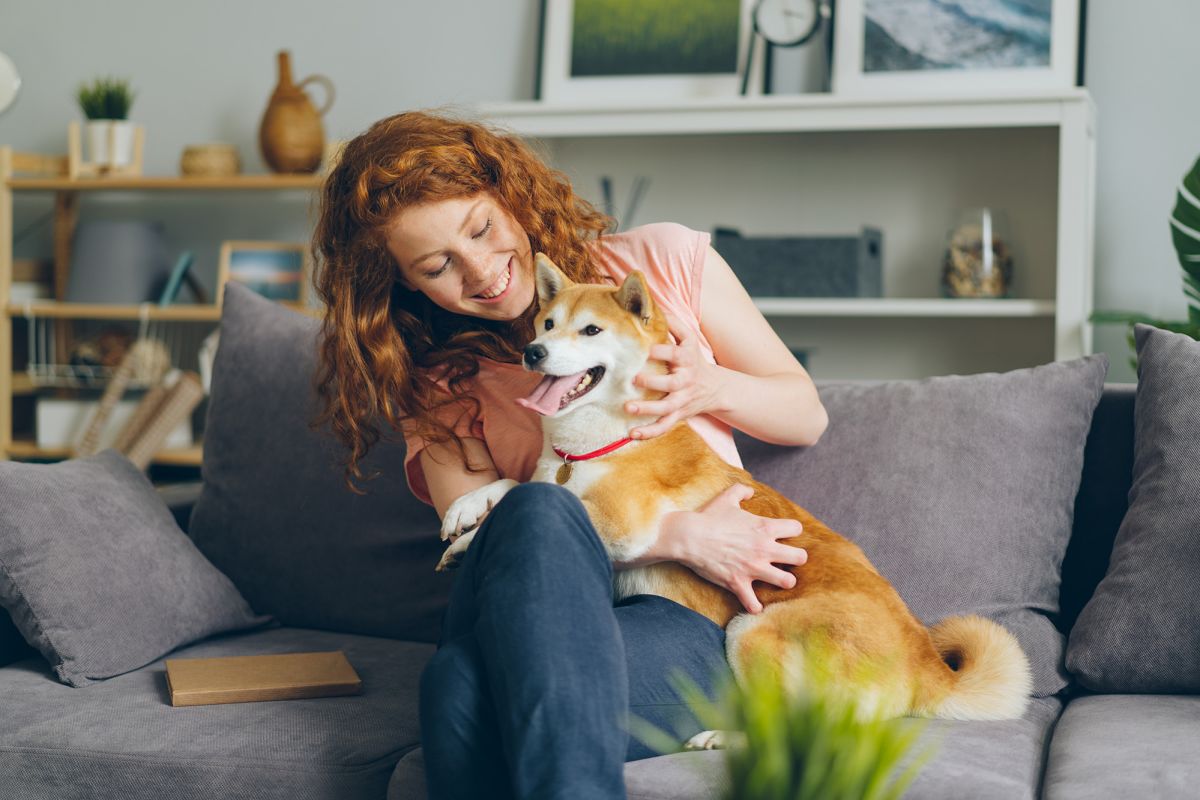 How to reduce stress and increase relaxation? 1:32

(CNN) — There is now scientific evidence proving one of Barkley’s most impressive abilities in a long list of endearing traits: the ability to smell when stressed.

Dogs can smell the difference between the scents of humans when they are stressed and when they are calm, according to a study published Wednesday in the academic journal PLOS ONE.

Previous research found that dogs can smell when a person is happy or fearful, but this latest study eliminated other competing scents and measured the stress levels of its human participants to increase the accuracy of the results.

The researchers first collected breath and sweat samples from study participants to use as a reference. Then, these people performed a mental arithmetic task, counting backwards from 9,000 in units of 17 in front of two researchers for three minutes.

“If the participant gave a correct answer, they were not given any feedback and were expected to continue, and if they gave an incorrect answer the researcher interrupted them with a ‘no’ and gave their last correct answer,” said the lead author of the study. study, Clara Wilson, a doctoral candidate at Queen’s University Belfast in Northern Ireland.

The study team collected another round of breath and sweat samples after completing the task.

Additionally, the researchers collected stress levels, heart rate, and blood pressure before and after the assigned task. The 36 participants who reported feeling stressed and having increased heart rate and blood pressure were chosen to present their samples to the dogs.

The researchers presented breath and sweat samples from one person after the task to 20 dogs, along with two other blank control samples. The dogs had to select the correct sample at least seven times out of ten to proceed to the next phase.

In the second and final phase, the study team showed the four dogs that passed the first phase the same samples they sniffed in the first phase along with a sample from the same individual collected before the task and a blank. When presented with these options 20 times, the dogs had to successfully identify the original “stress” odor after the task at least 80% of the time for the results to be conclusive.

The dogs chose the correct sample in 93.8% of the trials, suggesting that the stress odors were quite different from the reference samples, Wilson said.

“It was fascinating to see the dogs’ ability to discriminate between these odors when the only difference was that a psychological stress response had occurred,” he said.

Dogs have 220 million olfactory receptors compared to 50 million in humans, making canines “extremely effective at differentiating and identifying odors,” said Dr. Mark Freeman, a clinical assistant professor in the department of science. small animal clinics at Virginia Tech in Blacksburg. He was not involved in the study.

Olfactory receptors are small nerve endings located inside the nostrils that allow you to smell, he said.

“While we can’t know for sure why dogs developed such acute olfactory senses, it is very likely related to the need to identify prey, potential threats, reproductive status, and family relationships in a pack environment, among others.” Freeman said.

Twenty domestic dogs were recruited from around Belfast, Northern Ireland, and four completed the entire study.

Most of the dogs didn’t finish because they showed signs of anxiety when separated from their owner or because they couldn’t focus the whole time.

If the canines in the study had been bred from birth for the purpose of sniffing out stress, chances are more dogs would have completed the study, he said.

There was a male cocker spaniel, a female cockapoo, a male lurcher type, also known as a mongrel hound, and a female terrier type. Their ages ranged from 11 to 36 months.

All dogs have a strong sense of smell, but spaniels, terriers and lurchers likely would have used their olfactory receptors more often as hunting dogs, Freeman said. This could have been a factor in his success in the study, or it could be a coincidence because other breeds like retrievers also have excellent sniffing abilities.

Implementation in the real world

Service dogs that help people with mental health issues like anxiety and post-traumatic stress disorder may benefit from these findings, Wilson said.

“Knowing that there is a detectable odor component to stress may spark debate about the value of odor-based training using samples of people in times of stress versus calm,” he said.

More experimentation needs to be done outside of a laboratory to see how applicable the results of this study are to the real world, Wilson said.

These findings also open the door for future research to investigate whether dogs can discriminate between emotions, as well as how long scents are detectable, he said.