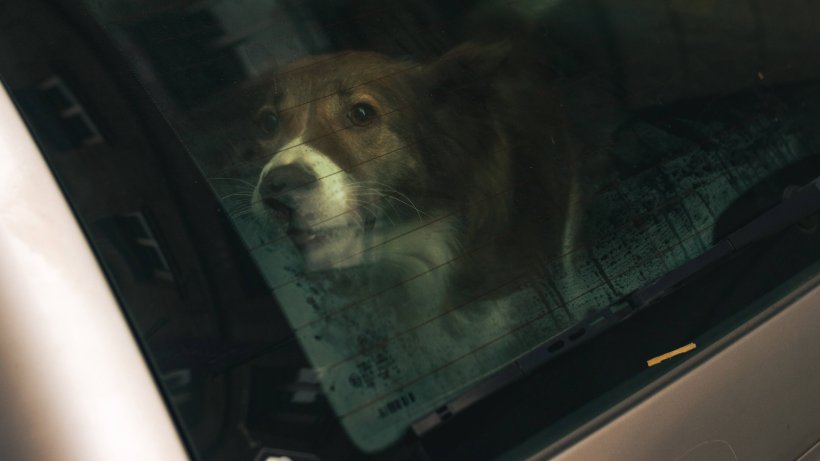 Dog left in the car in the heat: the police break the window and make an amazing find

This week another heat wave rolled across Germany. It should be clear to all adults by now that animals and children should not be left in the car when the temperatures are so hot. But once again an owner brought his dog in mortal danger.

Could he dog be freed from the heat hell in time?

Dog has to fight for his life

Passers-by alerted the police on Thursday (4 August). They noticed a parked car on a street in Bayreuth (Bavaria), in which a dog was sitting all alone. The animal was exposed to the blazing sun in the vehicle and was already panting for its life, according to a police statement.

The owner had placed a water bowl in front of the four-legged friend. But apparently he had underestimated the life-threatening exertion. The officials quickly took drastic action and smashed a window of the car to free the animal.

However, when officers searched the vehicle for contact information about its owner, they suddenly could not believe their eyes.

Because in addition to the dog, the driver had carelessly left a small amount of marijuana in the car. When the 46-year-old owner, who is from Gera, returned to his vehicle, he was greeted by the police. The police officers carried out a drug test on site, which showed that the 46-year-old had consumed THC.

He told officers that his dog was left to its own devices and its near-fatal fate for about 45 minutes.

He now has to answer not only for violating the Narcotics Act, but also for animal cruelty. His dog was able to recover from the hardships on site thanks to the care of a police dog handler. (lime)