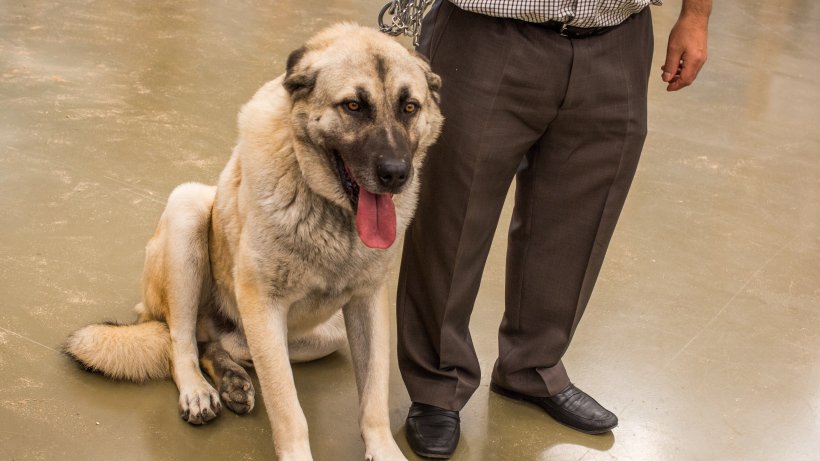 dog Effe almost did it! After years in the shelter, he has found a family who loves him. But luck didn’t last long.

Long had he dog waiting for a new home. Eventually, his wish actually came true. What should have been the happy ending for the fur nose now came to an abrupt end!

It wasn’t always easy for this dog! This becomes immediately clear when you look at the photos of “Effe” on the website of the animal shelter and animal protection association in Nuremberg. The 7-year-old Kangal male stands out because of his twisted front leg.

But that’s not all! “I’m Effe and unfortunately had to after almost exactly three years […] back to the shelter,” the website says. A breakup is to blame. With the love of the new owners, Effe’s new phase of life also came to a sad end.

Now the male is again looking for a new master. “I’m used to being outside, but I would definitely like to join the family and also like to go into the house. I just want to decide for myself when to go out. A house or apartment with a garden is therefore a basic requirement for my mediation,” it says about him.

Of the dog as a companion of man:

The animal shelter writes that under no circumstances will the animal be placed in a kennel or in a car park. “Since I love you people very much and also love to cuddle, I would like to have a lot of contact with you. I had an accident once and that’s why my foot is crippled now, but I’m fine with that.”

Effe gets along with other dogs – as long as he likes them. But cats in the house of their new owners are an absolute no-go, “because I literally like to eat them”! The Kangal, on the other hand, thinks horses are great.

+++Dog: Sick four-legged friend stolen – when the brazen thief tries THAT, he is immediately exposed+++

Are you interested in Effe? Then you should have one more thing on your mind: “I know children from the age of eight, but if there are any already living with you, they should rather be taller than me and be stable.”

More stories on the subject dog:

Finally, the really big question: “Who will give me a home in my old age?” If you can imagine giving Effe a new home, you can take a look at him on the Nuremberg animal shelter’s website! (alp)

A keeper can no longer bear the suffering of his dog and wants to put him to sleep. What happened next, no one would have thought possible. More about that here. >>>