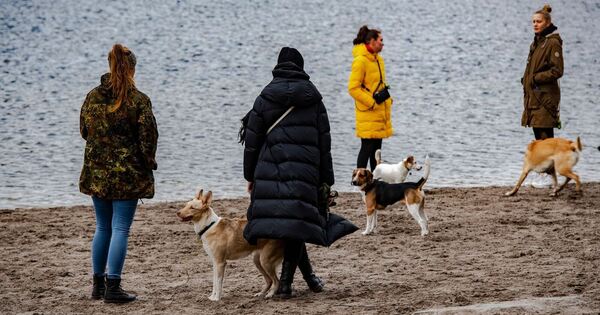 Berlin. More and more dogs are out and about in the capital: around 126,300 of the four-legged friends and around 118,000 owners are currently recorded in Berlin, which is again more than in previous years, the Berlin financial administration told the German Press Agency.

Before the pandemic – at the end of 2019 – the number of dogs was around 111,000 and the number of owners around 105,000. The dog boom also has its downsides: “In the Berlin animal shelter there were more than twice as many during the corona pandemic Puppies delivered as usual, »said spokeswoman Annette Rost. Often the animals came from illegal puppy trade and are sick. “The demand for dogs increased so much during the pandemic that it could no longer be served from reputable sources,” says Rost.

A few dogs were also handed over where the owners had misjudged the development of the animals. “Many do not imagine small, sweet puppies becoming stately dogs that want to be mentally and physically busy,” said the spokeswoman.

See also  How should I act if a processionary "stings" my dog?