Icon of modern times or exception? The teacher Annamaria Staiano she shields herself, she is a woman of records: the first elected president of the Italian Society of Pediatrics after 123 years. “For sure, it took too long in the prestigious association that has eleven thousand members,” he says.

How did you do it?

«By giving continuity to the work: first as a member, then as vice president. I hope to be the first woman in a long series, because so many professionals stand out for their skills and, like their male colleagues, they deserve to hold these positions ».

In his case, it’s not even the first.

«I am head of pediatrics at the Polyclinic and director of the translational medical sciences department at Federico II, my university is giving space to women still penalized in these areas at national level. And, from 2010 to 2013, I was president of the Italian Society of Pediatric Gastroenterology: nevertheless, there were no other women at the top. For this, I have dedicated my election to all my colleagues. We must insist ».

How has pediatrics changed?

“From the inside, I can say this: today it is an increasingly feminine profession, 74 per cent of pediatric specialists are women. The “surgeons” are also on the rise ». 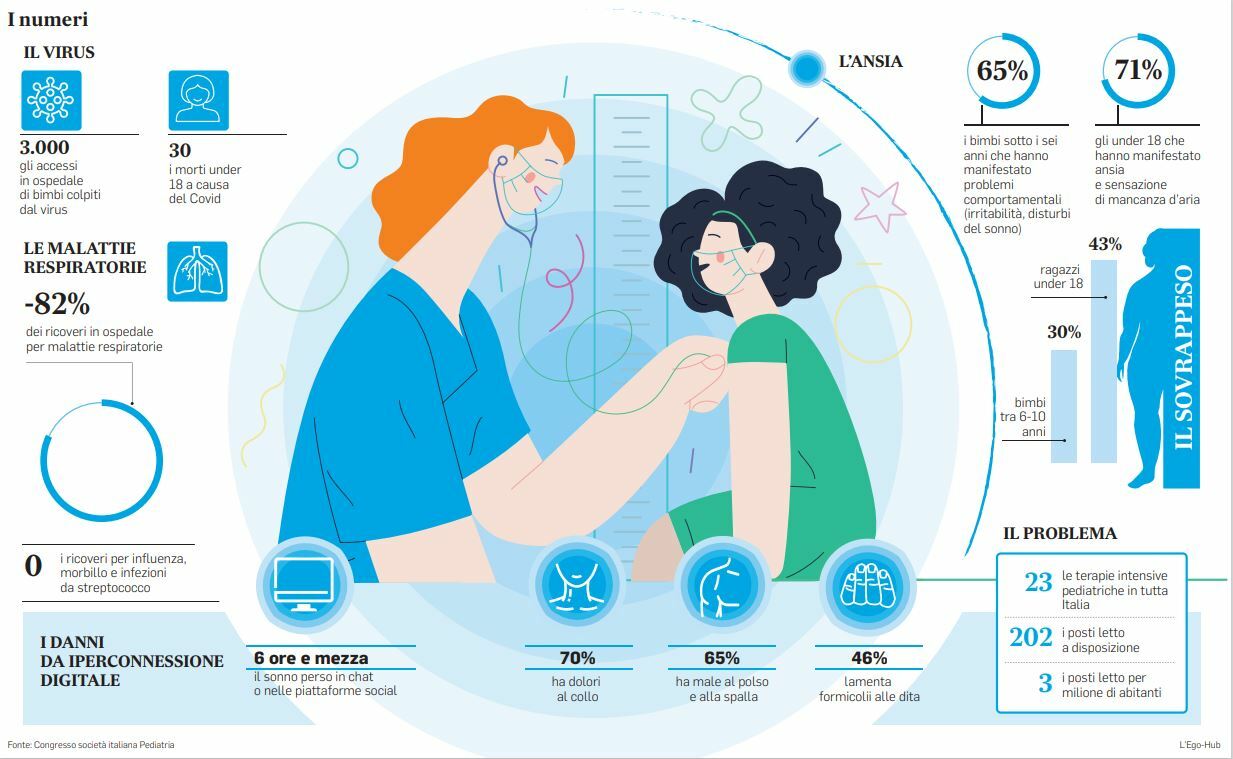 Is your model Rita Levi Montalcini?

“I mentioned her in my speech, because she is one of the women who changed the world without having to show anything but her intelligence. I realize that I will do the minimum compared to the Nobel Prize, but with enthusiasm ».

Why did you choose to be a doctor?

“Since middle school, I’ve had this desire. I owe my career to my parents, entrepreneur father, housewife mother: they have always supported me and encouraged me to do more ».

But his daughters are both doctors.

“One is a pediatrician, and she also voted for me, the other a cardiologist. That they chose the same profession made me feel less guilty, because I was an attentive but not assiduous mother ».

Over the past 30 years, it has also seen the diseases that affect children change.

«Today the diseases are mostly chronic and non-communicable, often intestinal, associated with rare, genetic and metabolic diseases. And there is an increase in diabetes ».

What does it depend on?

“First of all, from factors such as pollution and lifestyles, from nutrition to a sedentary lifestyle. But technology has also enabled early diagnosis, more effective treatments. Just think of premature babies ».

«One in ten today is fragile. It is our task to support them: the pandemic has highlighted the criticalities in the health system ».

What is the priority to be addressed?

“There was a lack of connection between hospitals and the territory. With overcrowded wards and university centers for Covid and pediatricians who did not contribute to the assistance, because they were not even put in a position to do so. We have to network ».

Vaccination is underway from the age of 12, but how much does the emergency affect children?

«The after-effects due to contacts with the virus are modest, with the exception of the rare cases of pediatric multi-systemic inflammation syndrome. On the contrary, the psychological consequences are worrying due to the increase in cases of aggression and self-harm ».

It weighs the addiction to the smartphone.

“Anxiety and irritability, when mobile phones and iPads are not used, are a wake-up call. The risk is three times greater for girls and more shy children with difficulty in establishing relationships with peers ».

What can parents do?

“Talking with children and setting an example is essential. Mothers and fathers should be the first to limit the use of smartphones, during meals and, absolutely, when with children, and always choose appropriate content and use appropriate languages ​​on social networks “.

With Covid and the digital revolution, have children’s fears changed too?

“Judging from the cases reported in the neuropsychiatric structures, irrational fears such as those of ghosts, darkness and animals are more frequent: if obsessive, they must be resolved with the support of a specialist”.

What are you afraid of?

“Of the inequalities between children, which also weigh heavily on their growth.”

Is there more disparity between children or gender?

«For heaven’s sake, among the children. We must do even more to protect them, so that they have the same rights and are not based on family, nation or city of origin ».