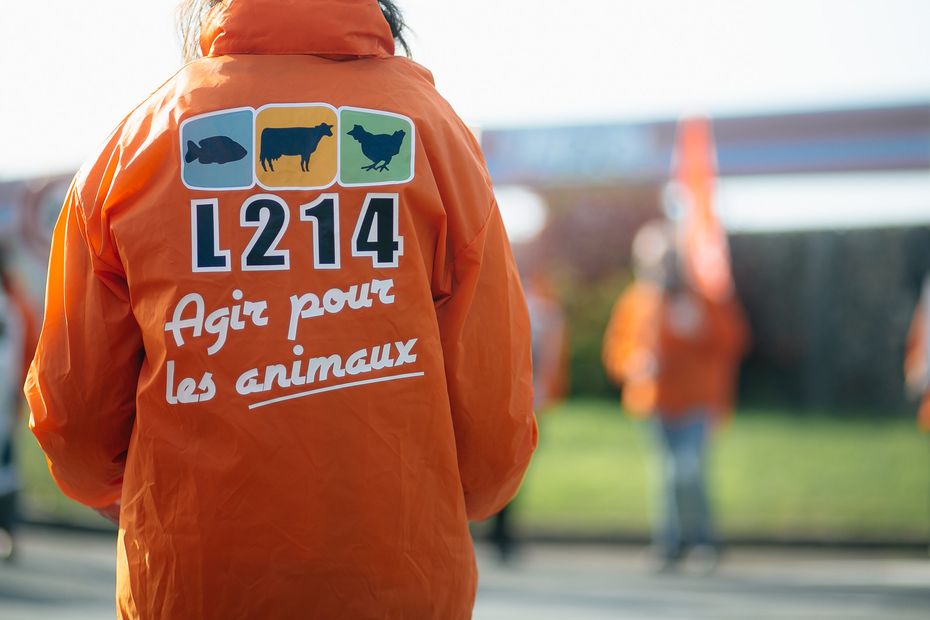 Activists from the L214 association demonstrated this Saturday, June 25 in Quimper in front of the Doux factory, owned by the LDC poultry company, to demand an end to what the NGO considers to be the “worst conditions” for intensive chicken farming.

A dozen activists from the L214 association gathered around 12:30 p.m. in front of a Doux unit located in Quimper, said the Finistère prefecture, which did not report any incident.
The activists demonstrated in front of this factory of the LDC group, owner of the brands Le Gaulois and Maître coq, to ​​ask the company to sign the European charter setting standards to limit the suffering of farmed chickens, recommended by the “European Chicken Commitment (ECC)”.

The members of L214 then went to the streets of Quimper to raise awareness of the farming conditions within the Finistère group, which according to the NGO has 40% of the chicken market share in France, up to 70% including distributor brands.
The association asks Doux to lower the breeding threshold to 18 animals per square meter, while the legal framework authorizes the breeding of 22 poultry / m2, told AFP, Léo Le Ster, a carrier. word of L214. According to the animal association, Doux has only undertaken to reduce this threshold to 20/m2.

Stopping the use of fast-growing poultry strains

L214 also calls for the cessation of the use of fast-growing poultry strains, such as “Ross 308” which makes it possible to obtain 2 kg chickens in 35 days. According to her, chickens born from these strains find themselves exposed to high risks of heart attacks and lung diseases, whereas in the natural state they can reach 10 years of longevity.

Friday L214 had also gathered in front of the Breton Poultry Society (SBV) which houses the headquarters of Doux, a slaughterhouse and a factory, in Saint-Jean-Brévelay (Morbihan).