The key to investigating the collapse of the building “is in the rubble,” says a Miami engineer 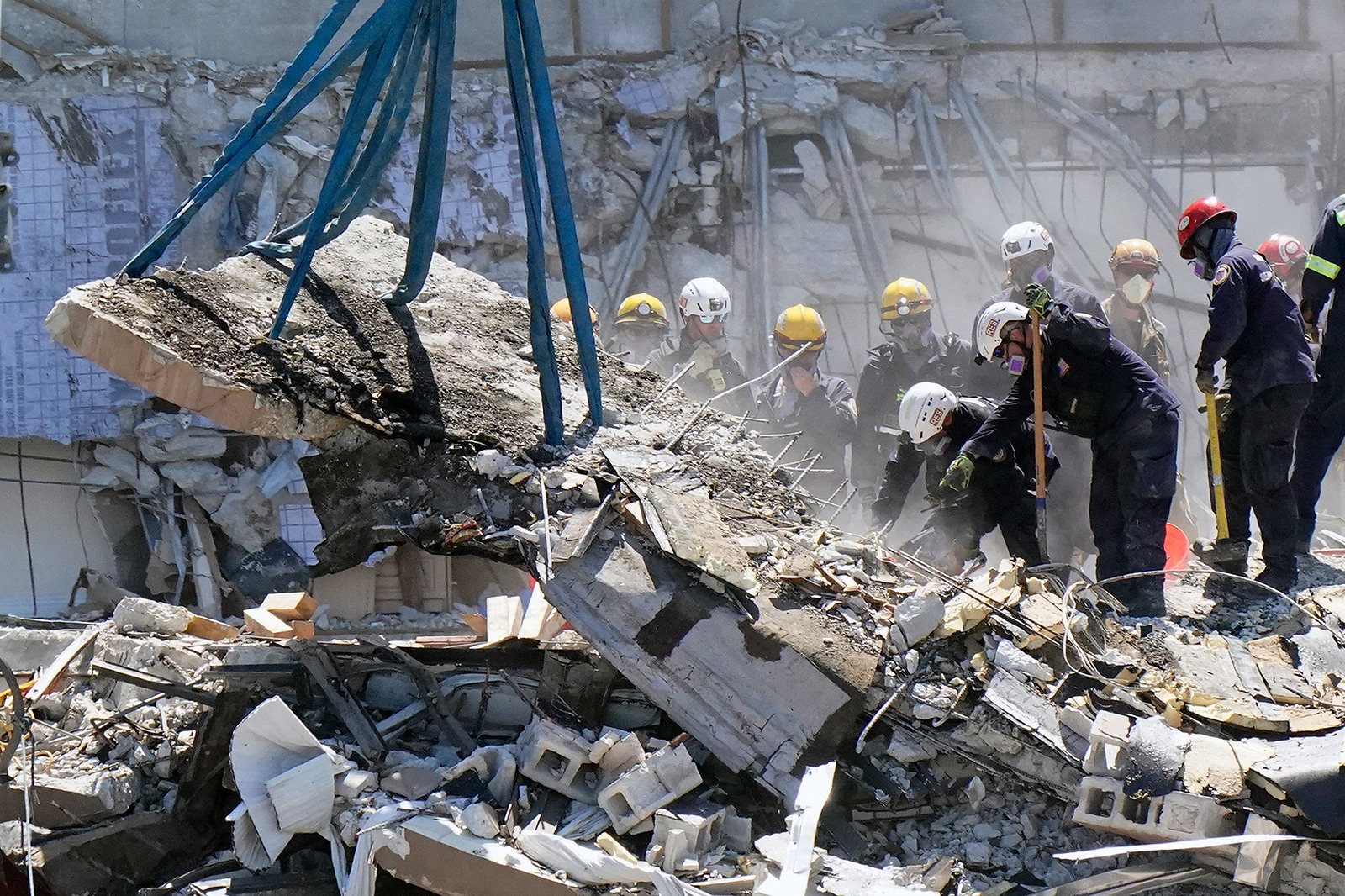 Search and rescue teams work at the site where the building collapsed on June 27. (Credit: AP Photo / Wilfredo Lee)

Sinisa Kolar, an executive at Miami-based engineering firm The Falcon Group, tells CNN that ultimately, forensic engineers will have to examine the columns on the ground floor for clues as to the cause of the collapse. He says that they will have to test concrete samples to examine their condition and cross that data with the structural plans.

“All this information that is being thrown out now is just one piece of the puzzle. The biggest piece of the puzzle, the key element of this investigation, in my opinion, is in those rubble, in those columns and in the state of the structural elements, “said Kolar. “And potentially that’s what gives us an idea why this has collapsed.”

Kolar has reviewed the 2018 report on the condition of the Champlain Towers South condominium building which found “significant structural damage” to parts of the tower. While that information is relevant to the investigation, Kolar said he does not believe the problems noted in that report are enough to cause a landslide.

“When someone shows us the damage and corrosion and the exposed rebar at the bottom of the balcony, it is a horizontal element that basically only supports that floor. So if there is a balcony collapse, it will most likely not cause any additional damage to the rest of the building, except for that particular balcony. “

“Some of this damage, as described in the 2018 report – while problematic and certainly should have been addressed – are unlikely to cause the entire building to collapse in my opinion… It’s a giant leap from the damage described in that report until the collapse of the building and a lot of dots are missing to connect the two, “he said.

Kolar noted that the process to address repairs from these types of inspections is long and expensive. “Once the engineers present this report to the association, the process begins.”

The condominium association would have to raise funds, and then an engineering firm would prepare the work, put the project out to tender among the contractors, negotiate the contract, and obtain the permits.

He said the condo association could probably have started the repairs in 2018 and in hindsight they should have done this sooner. “But if tomorrow someone comes to you and says, ‘Hey, listen, you’re going to be responsible for paying $ 50,000 for the repairs,’ you’re going to be like ‘what’s this for and where do I find $ 50,000 out of nowhere?’ »

Kolar said that he actually went to the Champlain Towers South condo a few years ago to meet with management for a special project. He said the meeting was canceled, but he took a look at the building.

“I noticed some breaks in the balconies and all that. Some were visible from the ground. I wouldn’t say that’s unusual, ”Kolar said.

“Even in a newer building we see some corrosion, but not all the pieces of corrosion we see have the same weight,” he said. Kolar said the cracks in the stucco and peeling paint have “nothing to do with … the stability of the building.”