IMPORTANT:
Information about events is valid at the time of publication – November 25. Some concerts may be canceled or rescheduled. We ask you to pay attention to the messages of the organizers on the websites and in the official groups of events in social networks.

A tour by candlelight – in the Russian-German House >>>

Literary evening, where they will read the story of I.S. Turgenev “Mumu”, will be held at the theater “2 + ku” >>>

Hang out on Friday:

SoDa will perform masterpieces from the repertoire of ZaZ, Lost Fingers, Vanessa Paradise, Covacs at the Underground jazz cafe >>>

Acoustic evening is planned in the rock-bar “Varyag” >>>

The legendary “Picnic” will present a new program “Merry and Evil” at the Big Concert Hall of the Tomsk Philharmonic.

Piknik is a Soviet and Russian rock band founded in Leningrad in 1978. They are known for such songs as “Egyptian”, “The shaman has three hands”, “Hieroglyph”, “From the mousetrap”, “Purple-black”.

“Six new songs will be performed at the concert. Of course, they will not just be played, but according to tradition, each composition will acquire a unique stage life. For this, scenery is already being designed and bewitching video sequences are being sculpted. some of them will sound – it’s a secret for now,” the Philharmonic’s website says.

© official poster of the event
See also  Concert on the market square: ▶ Lea touches the hearts of the people of Neubrandenburg

What else will happen on Saturday:

Spiritual seance – at the Center for Immersive Art “Osobnyak” >>>

Acoustic concert “Through the Looking Glass” – in “Aelita” >>>

Movie night with winter cartoons – in the cat cafe >>>

Where to hang out in Tomsk:

Post-punk and rock will sound at the RockHub bar >>>

Natalya Nelyubova has prepared a new program “Professor’s Tales and Songs”, which will be shown in the “Professor’s Apartment” >>> 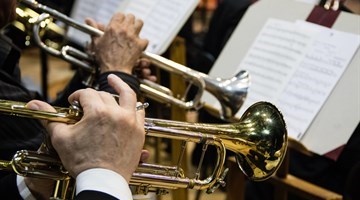 Other things to do on Sunday:

Watch the film “Sherlock. A Study in Pink” in the cat cafe >>>

Concert and presentation of the book of poems “The day is good, like French cognac” by the Tomsk poetess and actress Nina Yaroslavtseva will be held in the House of Scientists of Academgorodok >>>

Excursion with closed eyes “To the touch” will be held at the Osobnyak Center for Immersive Art.

“By excluding only one way of perception familiar to many – sight, a person is able to feel completely different. This “different” can be described as an expansion of perception, transferring attention to sound and tactility, or a test of trust – to the leader, to oneself, one’s body, sensations and intuition , to the environment and other people,” the announcement said.

The guide during the tour will be director Alena Shafer.

The Moscow folk-rock group “Melnitsa” will present a new concert program “Heart of a hawk” in the Big Concert Hall as part of a tour.

“In the new program, we are heading from the sands of the Levant to the North, where not only blue grasses, non-migratory birds and trains to never await us, but also completely new locations and a new lyrical hero,” the words of the main songwriter are quoted on the Philharmonic website. Helavisa groups.

See also  √ Concerts, in March the only Italian date of Death Cab for Cutie

“Gregg Kofi Brown is a man of many talents and an amazing destiny. The author of memorable hit songs performed by such stars as Sting, Billy Cobham, Stanley Jordan, Patti Austin, Dennis Chambers, and many others, and a bright musician whose performances are filled with extraordinary drive” , – said in the announcement on the club’s website.

In addition, Brown is a theater and film actor, producer and teacher of music theory. He was the organizer of the then-unknown Elton John’s first concert in the USA, performed on the same stage with Joe Cocker, Eric Burdon and many other legendary musicians. He traveled almost the whole world, and in recent years he often comes to Russia.

The professor updated his office

A new exposition appeared in the office of the “Professor’s apartment”.

“Our office has been transformed: it has become even more original, rich and “professional”. Solid oak furniture, a genuine telephone from the 1910s, rare books and documents – now everything is as close as possible to historical realities,” the museum’s official VKontakte group says. “. 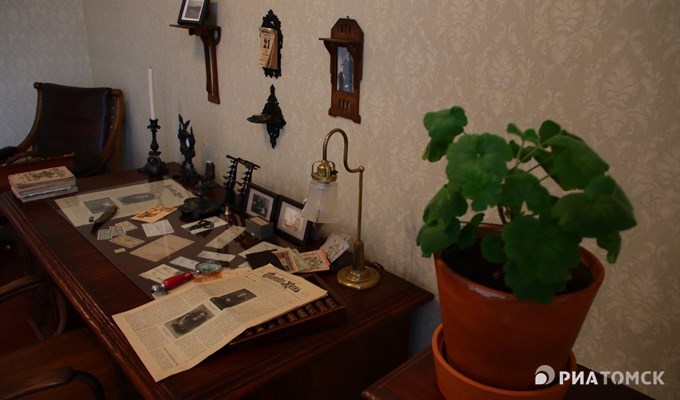 In the “Professor’s apartment”