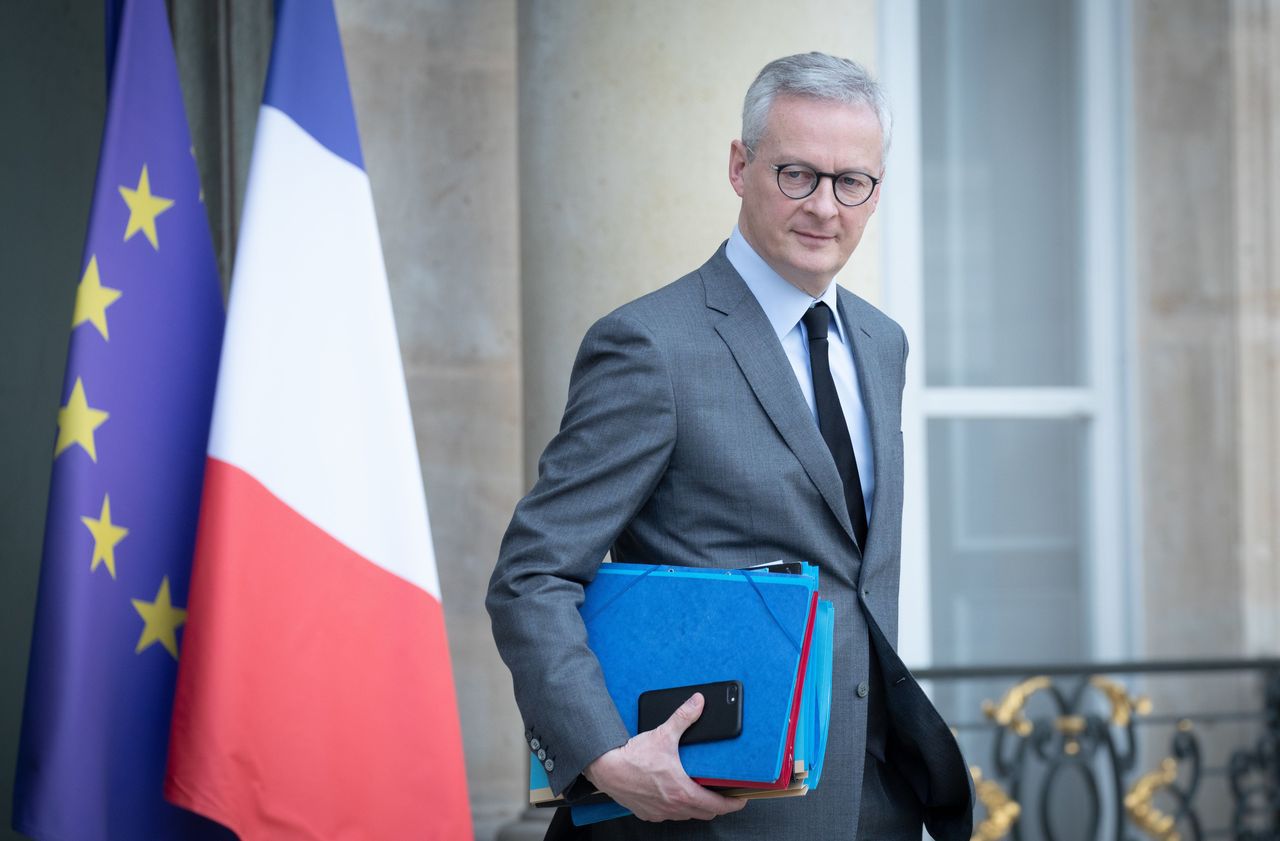 In the midst of the Covid-19 crisis, more and more voices are rising to oppose the payment of dividends this year to shareholders of listed groups supported by the State. As he had already done on March 24 in the wake of the announcement of the business support plan, the Minister of Economy and Finance Bruno Le Maire again on March 27 urged businesses, especially the most large, to “exercise the greatest moderation on the payment of dividends” this year. But he went further by conditioning all granting of loans and any deferral of charges and taxes on the part of the State.

“Companies that have received public aid will not be able to distribute dividends to their shareholders this year,” he repeated on BFMTV. Otherwise, companies take the risk, he threatened, of being “obliged to repay this cash advance on social and fiscal charges with an interest penalty”. By calling for “corporate responsibility”, he said that the state would vote against the payment of dividends in subsidized companies where it is a shareholder. A few minutes earlier, the European Central Bank (ECB) had called on eurozone banks not to pay dividends while the Covid-19 pandemic lasts.

For a week, the controversy has swelled over the dividends to be paid this year to shareholders. In a statement earlier this week, the CFDT, the first national union organization, asked for the total suspension of dividend payments to shareholders for 2019. Other unions such as the CGT and Force Ouvrière followed suit, asking in turn the government to take “coercive measures prohibiting the payment of dividends”.

Divided each year between April and June, dividends are a part of the profits that a company pays to its shareholders to thank them for their loyalty. These are generally so-called “yield” values, the price of which fluctuates little, which pay such sums each year. However, in practice, almost all the CAC 40 groups grant them each year on behalf of the previous year.

“Last year, the CAC 40 groups paid nearly 50 billion dividends for the year 2018, an amount that has increased steadily by 7% per year for the past five years,” notes Antoine Fraysse-Soulier, head of market analysis for the online trader eToro. Today, it is therefore a question of remunerating the shareholders for the year 2019, a rather successful year for the entire ACC.

Still, in the midst of an economic crisis with a recession expected before the end of the year, the exercise may surprise. The Federation of Individual Investors and Investment Clubs (F2iC) agrees. She calls herself “to the responsibility of companies which must renounce the payment of the dividend when the situation requires it”, indicates its general delegate Aldo Sicurani. On the other hand, not all are to be put in the same bag, “some, he believes, little affected by the crisis” can pay dividends in cash or shares.

Faced with growing controversy, Minister of Labor Muriel Pénicaud called on March 27 companies whose state is a shareholder to abstain this year “in solidarity” in the face of the coronavirus crisis. FDJ, EDF, Orange, Renault… The State, which is present in the capital of nearly 400 national groups, also seeks to call reason to the other groups on the side. Without being able to compel them. Contrary to what several union representatives indicated on the same day, the government cannot introduce an “incentive bill”.

“It pays me” newsletter

The newsletter that improves your purchasing power

PODCAST. How the coronavirus is tipping the global economy into the unknown

However, no question for Bercy to let go. “How can you imagine a company having paid dividends, then request a deferral of charges or taxes, place part of its staff on short-time working or even request a guaranteed loan?” we rise up against the ministry. If it has enough cash to pay dividends, this business doesn’t need a loan or defer charges. ” And to recall that “it should not be forgotten that the Minister of the Economy has a right of inspection over the loans granted to large companies. “Exactly as he intends to” scrupulously ensure that suppliers’ payment deadlines are met “, Bruno Le Maire will monitor the behavior of companies that have paid dividends.

Many large groups did not wait for the warning from the Minister of the Economy to return to the ranks by reducing or suspending their payment. Europcar, TF1, Vinci, Bic… “Airbus has also just announced the suspension of its dividend of 1.80 euros per share for 2019, which corresponds to a saving of 1.4 billion euros, specifies Antoine Fraysse-Soulier . An economy necessary at a time when airlines are nailing their planes to the ground. But not all of them made this choice. “The Publicis advertising group maintains its dividend, which represents 533 million euros to be shared between the shareholders, just like Suez up to 408 million euros,” notes the professional.