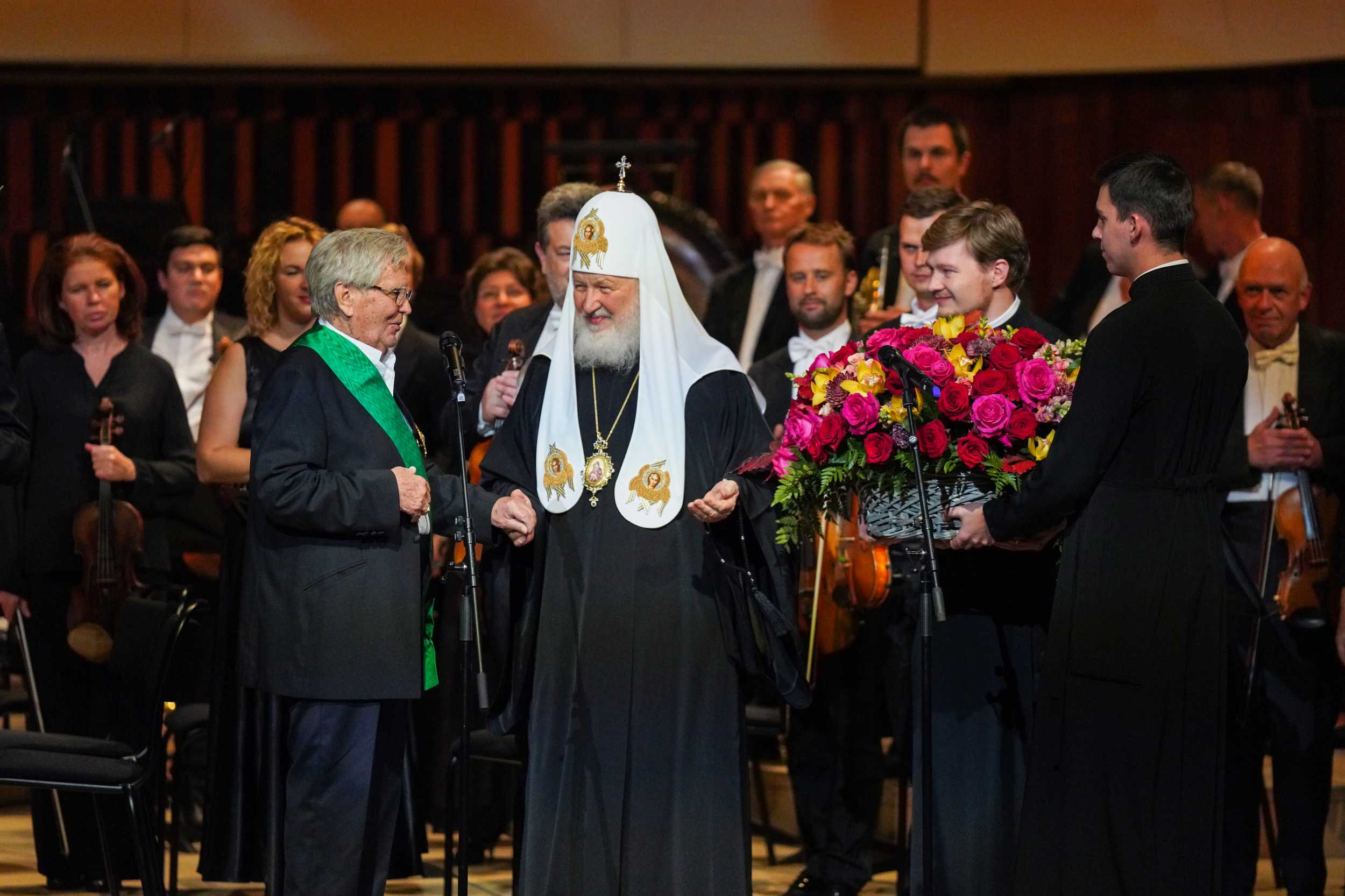 A living legend, conductor Vladimir Fedoseev, celebrated his 90th birthday on the stage of the Zaryadye Hall. It turned out sincerely, warmly and at the same time solemnly.

Patriarch Kirill took the stage before the concert. In his speech, he called the maestro a national treasure and presented the Church Order of Glory and Honor of the first degree, setting a solemn tone for the evening.

According to the patriarch, even in his school years, he had a desire to attend the Philharmonic:

“The first experiences of familiarizing yourself with high music coincided with 1971-1972, and at that time you, already being a well-known and highly respected and beloved music creator and performer, gave your concerts at the Leningrad Philharmonic.

At that time I was sitting somewhere at the very end of the hall and really got involved in high music, including through your work. Therefore, a very special attitude towards you personally, towards your work, accompanies almost my entire conscious life.

Next is the music.

We started with Rachmaninov’s Rhapsody on a Theme of Paganini. To take part in the evening, Denis Matsuev had to interrupt his concert tour. As the pianist said, his creative collaboration with the hero of the day began in 1998 precisely with this Rhapsody.

For an encore, Fedoseev, Matsuev and the Bolshoi Symphony Orchestra performed the band’s calling card – the main part of the suite “Time, Forward!” George Sviridov. It was the performance of the BSO that was “played” on television for many years in the famous intro to the program “Time”, and Vladimir Ivanovich still remembers well the rehearsals with the composer, who was very strict with the musicians and demanding of them.

See also  Concerts, ship watching in Warnemünde and at the city port

The main intrigue was the second part of the concert – a rare opportunity to see and hear four orchestras on stage at the same time! Moscow Virtuosos, Moscow Soloists, Musica Viva and the permanent resident of this evening, the Tchaikovsky Symphony Orchestra, under the baton of Vladimir Ivanovich’s longtime friend Denis Lotoev, played the extremely rarely performed, elegiac Serenade “Notturno” by young Mozart.

They also presented nothing less than the world premiere – Variations on the theme FEDOSEEF by Alexander Tchaikovsky, written especially for the anniversary. The theme is based on an anagram of the surname Fedoseev, that is, letters translated into notes: F (fa) E (mi) Do (do) S (for some reason E-flat) E (mi) E (mi) F (fa).

Playing with a theme that begins softly with the violin solo, timbre and genre, deftly passing it from instrument to instrument, from orchestra to orchestra, Tchaikovsky created a solid, large-scale work with a loudly solemn finale. And this, as the composer admitted, was his first experience of working with such a huge cast. The listeners are delighted – they see off the musicians with long applause and shouts of bravi.

Celebrations in honor of the anniversary of Vladimir Fedoseyev do not end there. On October 10, in the Tchaikovsky Concert Hall, the maestro will perform Russian music: Scriabin’s Dreams, Tchaikovsky’s Fourth Symphony and Rachmaninov’s Second Concerto. Soloist Nikolai Lugansky.