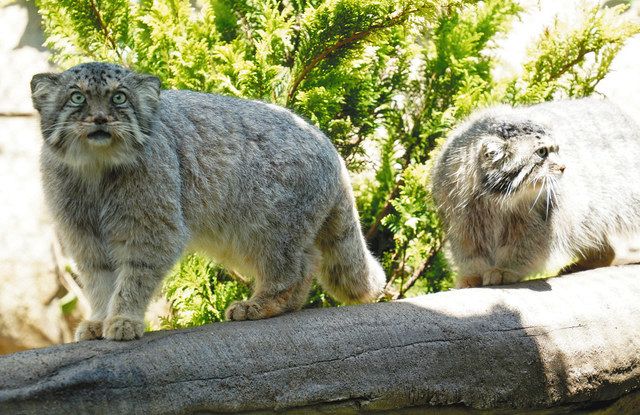 A new exhibition facility for Manul Cat, a popular person in the Nasu Animal Kingdom (Nasu Town), will be completed and will open on the 22nd. The area is about three times as large as before, and you can enjoy more natural movements and adorable gestures.

With a width of 10 meters, a depth of 6 meters, and a ceiling height of 3.5 meters, rocky areas, sandy areas, and waterfalls that reproduce the habitat were laid out. You can observe the male “Bol” and the female “Poly” moving around on coniferous and artificial trees through the glass from the covered corridor.

The popularity of Pallas’s cats is nationwide, with the music video “Manuruneko no Uta”, which the garden started distributing on official Twitter on April 15th, has been viewed more than 2.7 million times (July 15th). It is said that it is rising. A person in charge at the park said, “You can secure a good amount of exercise. I want you to observe the movement in a state close to nature and feel the charm of the manul cat.”

Of the approximately 8 million yen in maintenance costs, 5 million yen was funded by crowdfunding that was implemented last fall. We are also planning to open a nickname for the new facility. (Naoto Ogawa)