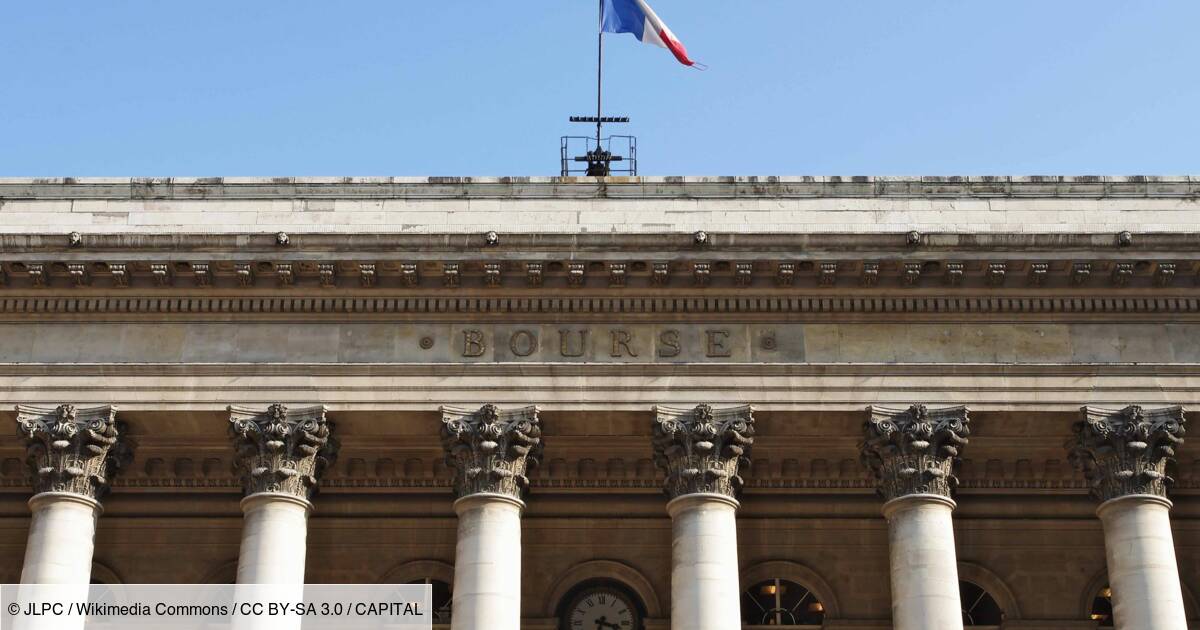 Slight rebound in sight for the Paris Stock Exchange? Minutes before the open, the flagship CAC 40 index advanced 0.32%, as global markets worry about the risk of recession as central banks hike interest rates to counter unbridled inflation. . The day before, the Parisian rating ended down sharply by 1.87%. Wall Street ended in the red Thursday for the third consecutive session, the US S&P index having closed at its lowest since mid-July. “European indices should open flat this morning, the aggressiveness of central banks in terms of rate hikes should not be digested by investors anytime soon,” said John Plassard, investment specialist at Mirabaud.

The US Federal Reserve (Fed) and many central banks around the world have gone on the offensive against raging inflation by raising their key rates in order to curb rising prices by lowering demand. They assume that letting inflation drag on for too long will have a higher long-term economic cost than hitting hard and fast, even if it carries the risk of mild recessions. On Wednesday, the US central bank raised its main interest rate by 0.75 percentage points, as in June and July, also signaling that there would be more hikes to come until they come to an end. of inflation.

The bright red CAC 40, the Fed right in its boots

Before the next meeting of the Fed’s monetary policy committee in November, the next phase of testing for the markets will be in October with company results and US inflation figures. Italy’s legislative elections this weekend will also be watched very closely by the markets, concerned about a seemingly inescapable victory for Giorgia Meloni, leader of the post-fascist Fratelli d’Italia party. In terms of statistics, investors will be focusing during the day on the flash PMI leading indicators for September in the euro zone and the United States.

>> Buy and sell your investments (stock market, cryptocurrency, gold, etc.) at the right time thanks to Momentum, Capital’s newsletter on technical analysis. And right now, with the promo code CAPITAL30J, take advantage of a free trial month.

Faurecia : the automotive supplier announced on Friday that it had obtained a loan of 210 million dollars (213.4 million euros) from Latin American banks as part of the financing of the takeover of the German Hella, with which it now forms the Forvia group.

TF1 : the group has announced that it is appealing the decision of the Paris commercial court which dismissed the TF1 channels which requested the restoration of their broadcasting within the TNT Sat satellite service of the Canal + group.

TechnipFMC : the oil engineering group announced on Thursday that it had won a contract with Shell to equip a gas field operated in the North Sea.

Central banks are almost all considering issuing their own digital currency