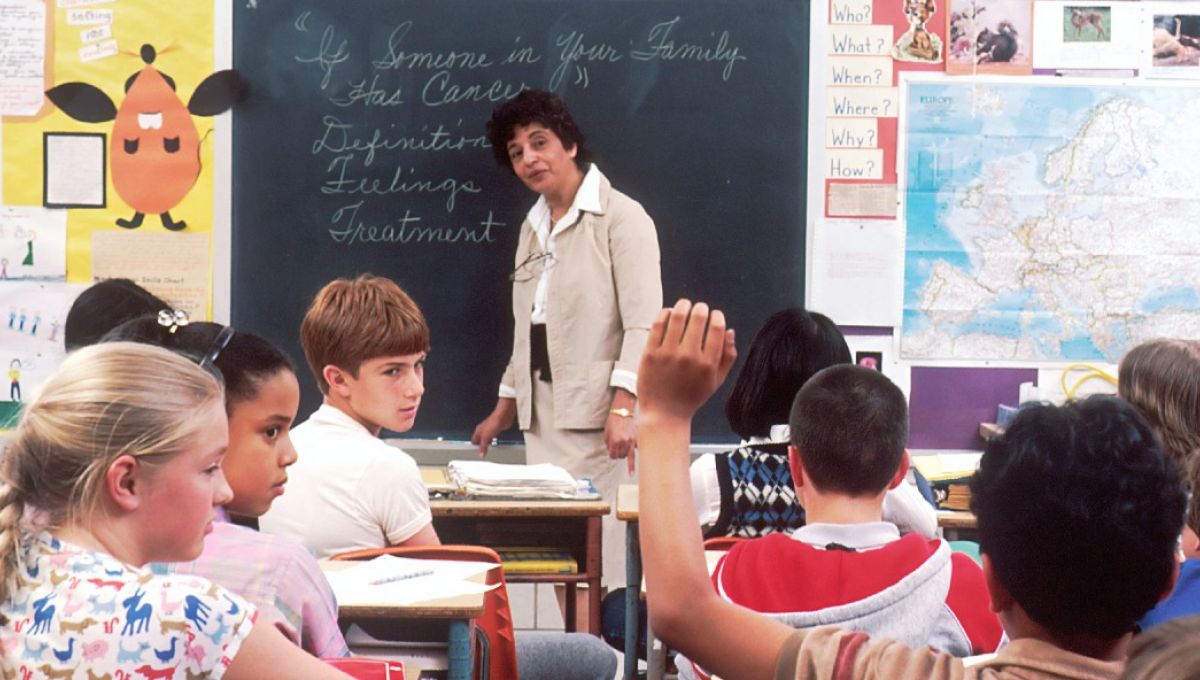 816 candidates eligible for 1,035 positions in the external mathematics Capes in May 2022, increasingly full classes… In this back-to-school period, the lack of teachers in the National Education system is becoming more and more glaring. However, like every year, many candidates have passed the competition and are starting their new teaching profession.

Valentine has just obtained the aggregation of mathematics. Assigned to a high school in the Paris region, she realizes a long-time dream. “I am so happy! Teaching, being able to bring something to the students, I started thinking about it the year after my baccalaureate. During my studies, I had my nose in my books so much that I no longer knew why I was doing all this. I said to myself “when I will be a teacher, I will feel useful”.

Frédéric, he did not have the Capes in 2021. Contractual for three years, he intends to try his luck again next year, because his work as a professor of economics and social sciences pleases him very much. “Being in front of a class, the contact with the students, it’s great. I have never been so happy to get up in the morning. We have a lot of freedom in our schedules: you can do super intense weeks, then others lighter. And there is the dynamics of the establishment, the work with other teachers to set up projects… As well as the freedom and autonomy that I did not have in my previous jobs.

Beyond their enthusiasm, neither of them are naive about the particular working conditions of National Education. According to Valentine, “it’s the truth. I started last week, and as soon as my pre-entry was done, I learned that I had to teach a second subject called “SNT, digital and technological sciences”, when I was absolutely not trained for that. .” The late announcement left him with little time to prepare for his lessons. “When I heard that, everyone around me said to me: ‘Welcome to National Education!'”

For Frédéric, who works in a private high school, one of the worst aspects is the “contempt” administration. “During my third year, I did a replacement in a prep class. Barely out of the first course, the director said to me: “We have a problem, the inspector general refuses to allow you to take preparatory courses because you are not a holder.” The fact that they waited until I found myself in front of the class to tell me when I had spent two or three months preparing for the lessons, it’s not very pleasant – in terms of self-esteem and acknowledgement. A month later, the establishment offered to pay me out of its own funds to teach because there was no one else. We really feel like adjustment variables.”

Frédéric also evokes the precariousness of the contractual status: “When I started, I was always renewed by periods of fifteen days because I was replacing sick leave. What allowed me to do this is to be in a relationship with a person who has a fixed salary. I don’t know if I could have lasted long if I had been single.”

For Victoria David, doctoral student in education sciences and specialist in the attractiveness of the teaching profession, there are two major changes in the recruitment of teachers. “For a few years, to be able to pass the teaching competition, you need a master’s degree, that is to say a higher level of education than before, she notes. It changes the social composition of entrants a little: not everyone can go to a master’s degree, socially speaking.

She also observes a growing proportion of people in retraining among the winners of the competition: “Between the various public education competitions, 37% of those admitted have been previously active. This varies according to the competitions: there are many more retrainings in primary than in secondary. And in secondary school competitions, it mainly concerns vocational high school and technological education. Which is natural: we are going to teach the profession that we have previously exercised.

“It is interesting to put this evolution into perspective with the evolution of the activity itself, explains Victoria David. The traditional French school is rather a teacher who transmits his knowledge in a top-down manner. But in recent decades, there has been an evolution towards a democratization of education, towards a more complex nature of the profession. We ask teachers for more skills, that’s why we increase the level of education required.

A crisis gone to last

But the arrival of people in professional retraining is not enough to solve the crisis of the attractiveness of the profession. According to Victoria David, it is multifactorial. “One of the reasons is an aging teaching force: baby boom teachers are retiring. It was not necessarily anticipated correctly.

For her, it is also necessary to take into account the working conditions, which can deter candidates: an insufficient salary in relation to the level of studies, a lack of recognition linked to a degraded image of the profession, or even the possibility of being transferred anywhere in France. It is also for this reason that Frédéric, who lives in Nantes, wishes to take the competition in private: “I would prefer to go to the public, but I know that I will end up in the suburbs of Paris. There, I have just had a child, which is to say that I do not at all want to live far from my family.

Moreover, according to Victoria David, there is a tension between the profile of teachers and the evolution of their profession. “Teaching is a rather strange profession when you think about it: they are professionals with executive status but the content of everything they have to do is prescribed from above. On the one hand, we expect greater competence, and on the other, greater obedience. It’s very uncomfortable, and I think there’s a malaise.”

What does not change are the motivations of new teachers. “When we ask them why they want to teach, people continue to answer ‘it’s out of passion for my subject, out of passion for teaching, because I want to share my knowledge’, etc., as before” , testifies the doctoral student.

Contrary to what one might think, “the motivations that we could call ‘extrinsic’ – because there are holidays, not a lot of working hours, etc. which we hear a lot about in the public debate – are in fact invoked relatively little, she assures. And when they are, they are associated with greater dissatisfaction and greater turnover.

“For me, teaching means participating in the development of the child, in terms of his knowledge, but also throughout his life, summarizes Valentine. It is true that there are constraints. But me, what drives me is the fact of transmitting.