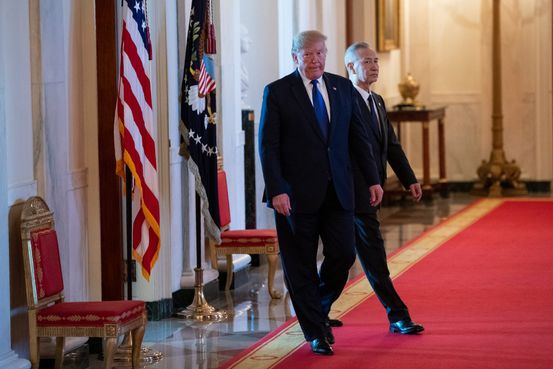 WASHINGTON – The trade agreement signed between the United States and China this week will likely provide additional fuel for growth in 2020 and will cause a rebound in business investment, economists polled by The Wall Street Journal said.

The survey also found that most economists expect US growth. UU. Continue at a slow but steady pace this year.

“Phase One relieves much of the escalation we expected in the trade war with China; that way, it’s a relief and a boost for growth, “he said

Chief economist of Grant Thornton, referring to the limited trade agreement between the two countries.

The agreement, signed on Wednesday, includes approximately $ 200 billion in Chinese purchases of US goods and services over the next two years.

About two-thirds of the forecasters in the survey said the agreement should be a small advantage for the growth of the gross domestic product of the United States. UU. In 2020 to pause the commercial dispute between economic superpowers. About 15% of respondents expected the deal to be a drag, while 12% hoped it would have no impact.

Survey participants said President Trump has had generally positive effects on US economic growth. UU., Recruitment and performance of the stock market during his three years in office.

When asked to rate Trump’s policies and actions to date, most economists said they have been something or very positive for job creation, GDP growth and the stock market.

The only area where economists gave Trump bad marks was trade, with 81% rating their policies and actions as something or very negative.

Still, economists were quite optimistic by 2020. The probability of a recession this year was reduced in January to 24%, the lowest average since last May.

Economists divided in January on whether the US economy. UU. It has reached full employment, the point where unemployment cannot go down without generating price and salary pressures. A little more than half, 51.6%, said no, but it is close, while 39% said yes. The rest said it wasn’t close.

The last time the Journal survey asked that question, in March, almost half, 47.5%, said no, but it is close, while 44.3% said yes, and 8.2% said the United States is not Close to full employment.

The Journal surveyed 71 business, financial and academic economists from January 10 to 14. Not all forecasters answered all questions.

—Anthony DeBarros contributed to this article.