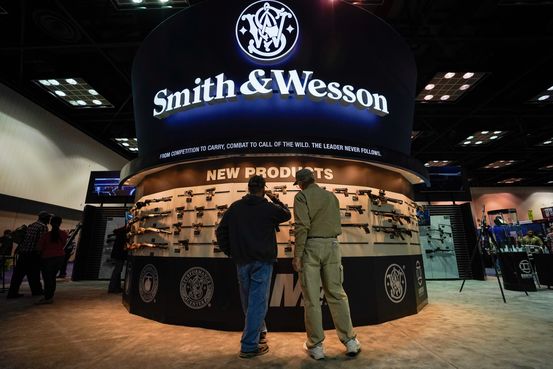 He said Wednesday that he had replaced his CEO, citing unspecified “non-financial” behavior that broke the company’s rules.

52, had led American Outdoor Brands Corp. and its predecessor company since 2011 through one of the most volatile periods in the industry. Sales increased due to concerns among gun users that property rules would tighten, creating a boom and bust cycle when no new legislation emerged.

The company said in a statement after the market closed that it had been replaced with immediate effect after its board determined that “it participated in conduct incompatible with a non-financial company policy.”

A spokeswoman for the company did not provide more details about the reason for his dismissal.

The company president, in a statement, thanked Mr. Debney for his contribution.

The change of administration occurs days before the Shot Show in Las Vegas, the largest annual trade meeting of the arms industry, where manufacturers present new products and secure a large part of their annual orders from wholesale distributors.

Mr. Debney, born in Britain, would become CEO of the company’s outdoor products unit after a planned split later this year. The former consumer products executive had moved the arms manufacturer to the arms accessories business through a series of acquisitions in the past five years.

American Outdoor appointed Mark Smith and Brian Murphy as co-CEOs of the combined company. Mr. Smith will still become CEO of the weapons unit after the planned separation, with Mr. Murphy leading the independent outdoor business.

Mr. Debney received $ 3.76 million in compensation last year, including a basic salary of $ 750,000, according to regulatory documents.

American Outdoor Brands shares changed shortly after business hours. The action lost two thirds of its value in the last 40 months because arms sales stagnated after President Trump’s election. Many Democrats in the White House expected the industry to introduce stricter property laws. Subsequently, manufacturers made a strong discount to move unsold inventory.