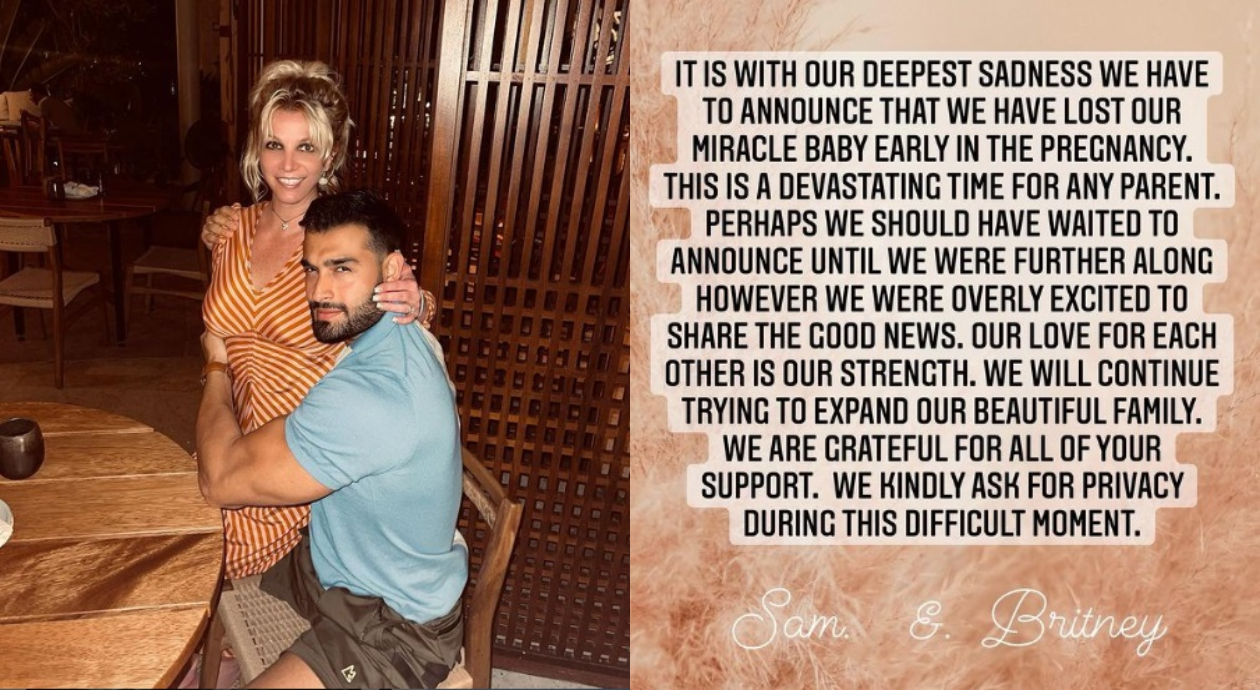 Britney Spears announced through a post on Instagram that suffered a miscarriagea few weeks after sharing the news of her pregnancy.

The princess of pop, who recently managed to free herself from her father’s guardianship, said that she and her fiancé, Sam Asghari, lost their ‘miracle baby’ in the early stages of pregnancy.

“It is with all our sadness to announce that we have lost our miracle baby in the early stages of pregnancy. This is a devastating time for any mother. We may have waited to announce the pregnancy at a later stage, but we were very excited to share the good news.”

“Our love for each other is our strength. We will continue trying to expand our beautiful family. We are grateful for your support. We ask for privacy in these difficult times.”

The announcement of the pregnancy was recent

5 weeks ago, the 40-year-old singer shared a story about suddenly losing weight and then regaining it.

After that, Britney took a pregnancy test that came back positive and announced on her social media that she was pregnant.

Britney is a mother of two boys., Sean16 years old, and Jayden15 years old, who had them with her ex-husband, Kevin Federline.