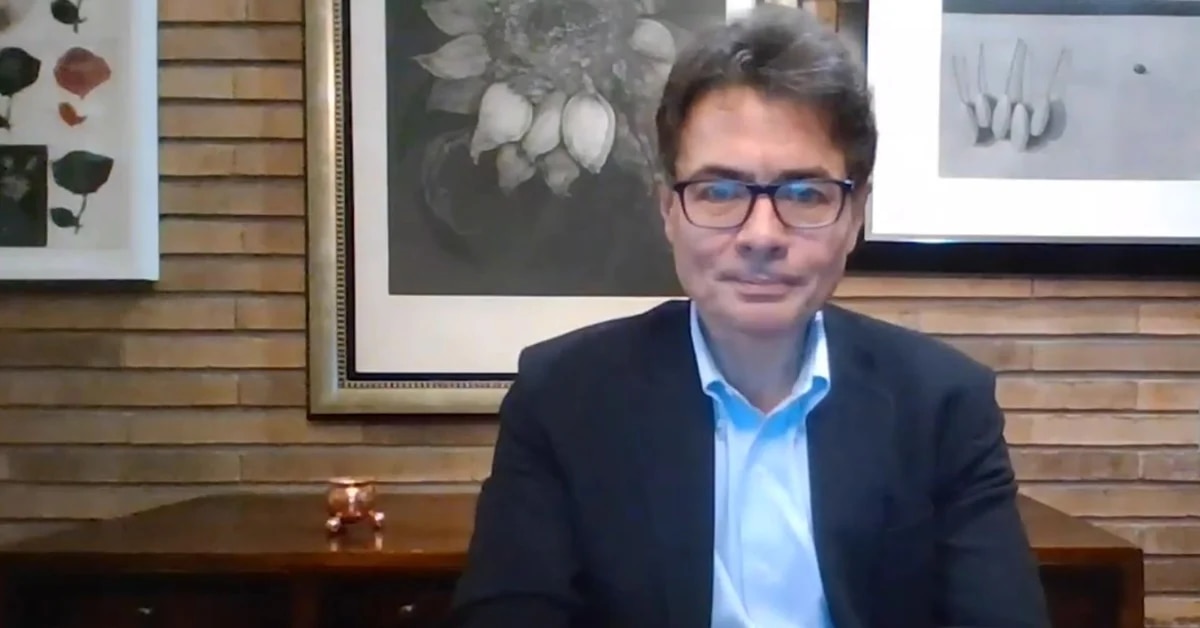 Alejandro Gaviria delivering his 10-minute speech in front of the attendees of the Ninth Summit of Leaders for Education 2022 in Bogotá: Photo: Image taken from video

This Wednesday September 21 when is celebrated international Day of Peacewas carried out Ninth Summit of Leaders for Educationchaired by the Vice Minister of Preschool, Basic and Middle Education, Hernando Bayonawho began the speech by thanking the opportunity to be there as well as quoting an author to change about change.

The author in question is Paul Walaskiwho, according to the deputy minister, reports that for there to be a change, the problem must be identified and defined and that knowing how to interpret it leads to a solution, but warns that if there is no good definition of the problem, it will be difficult to solve it.

He also stressed that education should be an enjoyment and that quality should go through the State’s standardized tests and that it should aim at an education for life, a healthy, happy life that opens the doors to opportunity at all levels of education. life. And that the schools are the stage where the culture of the region is related.

He also clarified that they are going to focus the resources where they are most needed and that it is important that the evidence is shown in the execution. They will focus on closing gaps and meeting the needs of minority groups: flexible education system and global social inclusion.

See also  Solid battery - QuantumScape takes off on the stock market, why?

For his part, the minister Alexander Gaviria In a video that was broadcast to all the attendees from the United States, since he could not attend because he was with Gustavo Petro in the meetings with the United Nations, he emphasized thirteen key points that are very similar to the speeches by Gustavo Petro, who strangely did not speak about the peace, but he emphatically left an environment where Latin America is no longer a victim of those who, according to him, take advantage of the region.

His speech began with peace: “I believe that this belief is shared that peace, the long-awaited part of our country, needs territorial equality, needs to bring more opportunities to those young people who in many regions of Colombia seem banished from any form of hope, and we believe At the same time that territorial equity needs more and better education, in the end the peace challenges of territorial equity and education are one, education almost goes without saying, it is key to building a more just society and a society in peace”, Minister Alejandro Gaviria said.

Then he focused on key points that the Government wants to work on, the first of which is about territorial equity; the second, that education should not be focused on standardized tests in the country, referring to the fact that there is other global knowledge than a general knowledge test.

The third point, education in the territory, especially when he was in the Wayuu community on September 13 to learn about the knowledge of that Colombian ethnic group; the fourth, stop stigmatizing teachers so that education can be free; the fifth point, knowing that the task of education is the portfolio that they are going to point to once the government of the Historical Pact ends; the diagnosis of education in the country is in crisis; learning lags due to the pandemic and closed schools.

The problem of rural education; the deficit of $2 billion pesos; postponement of further investment in education for the last 5 years; the restructuring of Law 30 of 1992 and the General Participation System, he was very emphatic in these two legislations that for him are important to intervene.

stressed the Minister of Education Alejandro Gaviria before the Summit.

He also referred to the problem with higher education graduates: “I repeat for 30% of higher education graduates in Colombia the return to education I have already said in other scenarios, I have already repeated and reiterated it in other scenarios. , but I want to say it here again, the quality assurance system, which had a clear initial justification, has become over time a cafano labyrinth without meaning or rationality, currently inhibits innovation and increases the risks of corruption a queue a waiting list of 4,000 qualified records”, reiterated the leader of the portfolio.

He also spoke about the budget he has for infrastructure issues: Well, we want to move forward with an ambitious educational infrastructure plan, a plan that also includes higher education. There are many regions in Colombia from Catatumbo to La Mojana that dream of offering programs in the territory with relevance we got for this infrastructure plan almost 500 billion additional in the adjustment”, said the minister.

He ended by committing himself to the structuring of the teaching staff in training for the ICFES tests, as well as the will to continue with higher education programs similar to being a paid pilot.

“Young Wayuu are afraid of their future”: Alejandro Gaviria
Petro spoke at the UN about his education plan: “Colombia must become a knowledge society”
Alejandro Gaviria spoke about his meeting with Fecode: “Building trust is key”