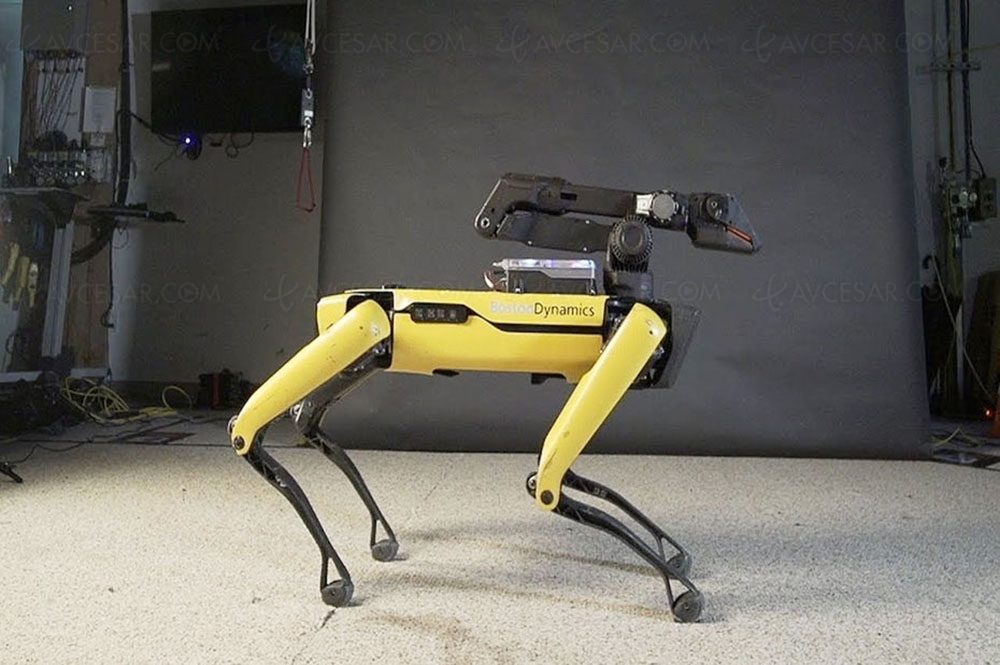 The robots developed by Boston Dynamics don’t just dance or parkour in demented demos. Developed for the field, they should set foot on Ukrainian soil to help demine the country.

For months now, we have been showing you videos that are as impressive as they are disturbing, as the control of robots could, one day, invade many areas, starting with our private life (see High-flying choreography for Boston Dynamics robots or After the boy bands, the robot Boston Dynamics band).

According to an article by the Pentagon journalist specializing in US national security Jack Detsch from the foreignpolicy.com site, relayed by the Twitter account KievPost, one of two Boston Dynamics Spot robot dogs owned by the US military will soon be used in Ukraine to clear land around Kyiv. The robot should be returned to Halo Trusta US demining company that will help clean up Russian mines and other unexploded ordnance in Ukraine.

More safety for civilians and deminers

Chris Whatley, the group’s executive director, who confirmed the information and clarified that Spot worked well during a session last year with small volatile cartridges, similar to those found in Ukraine following the use including cluster munitions. By deploying his gripper robotic head/arm, Spot will be able to drag unexploded ordnance into pits to be safely “exploded” in batches. Ten Halo teams are reportedly already deployed in Bucha and Brovary.