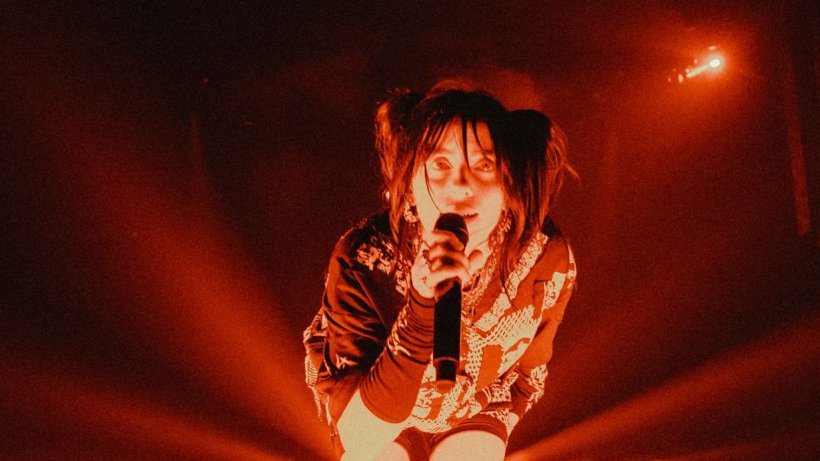 Billie Eilish in Berlin: The fans are beside themselves

The American singer Billie Eilish came to Berlin for a concert – and caused the Mercedes-Benz Arena to explode.

Berlin. It’s 9:02 p.m. when the lights in the hall finally go out. “Gimme, Gimme” by ABBA sounds from the speakers. The hall sings. ABBA? It’s a short warm-up, then she jumps onto the stage: Billie Eilish, superstar. Scream, sing, dance. The sold-out Mercedes-Benz Arena in Berlin is beside itself.

American pop singer Billie Eilish opens Thursday evening with “Bury a Friend”. A deafening, driving bass, a huge stage with practically nothing on it but three people: Billie herself, her drummer and her brother Finneas, who is always by her side. Otherwise a video screen and a goblin-like dancing person in the laser light. The first of many showers this evening runs down the arms. It’s hard to believe how little Billie Eilish uses to make her impact.

Billie Eilish is a phenomenon

In general: What this 20-year-old woman from Los Angeles has already achieved cannot be answered otherwise than with amazement and admiration. Billie Eilish is a phenomenon. She started writing songs and producing music with her brother seven years ago, when she was just 13 years old.

The bonds between the two remain strong to this day. The conversation with the US star entertainer David Letterman for his Netflix series “My Next Guest Needs No Introduction” gives an impressive insight into this. To this day, Finneas puts the songs together with the same incredible meticulousness as his sister.

For “Happier Than Ever,” for example, Billie Eilish sings 87 special audio files that were placed on an audio track and edited to the song, as she tells Letterman. Live, it all seems incredibly light and powerful, presented with a girlish smile, as if it were nothing. Nothing could be more wrong.

Billie Eilish won five Grammys alone in 2020. For some musicians, that would be the end of their career. But Billie Eilish went even further and won the Oscar and the Golden Globe Award for the James Bond theme song “No Time To Die” this year. And like the first album in 2019 “When We All Fall Asleep, Where Do We Go?”, the following long player “Happier Than Ever” ended up at the top of the charts in many countries last year.

It’s hard to believe that Eilish told Letterman that she suffered from a kind of imposter syndrome: she walked around feeling like she was pretending to be a star. It’s very clear – nobody has that impression on Thursday evening. In the second part of the evening, she suddenly appears at the other end of the hall, climbs into a pulpit, which she drives up on a long support arm. Eilish leans casually on the railing, looks happily into the faces of the fans in the upper tiers, lets them drive past them for minutes. no star?

With her big hit “Bad Guy” Billie Eilish waits until 10:30 p.m. Then the hall explodes again. There’s a bang, confetti snippets flutter from the ceiling. A great evening.