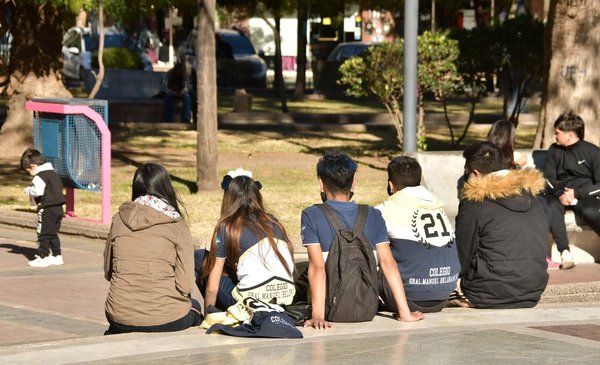 Enrollment for Progresar scholarships reopened. This is the second call for 2022 and the possibility of joining the incentive will be valid until August 31. The program is paid for through Anses and is aimed at young people from the age of 16 who are finishing their secondary, tertiary and university studies; It even includes training in trades. The head of the Efficient Resources Program, Nora Ahumada, pointed out that the amount that students receive monthly is $6,400.

“It is not a scholarship that has to do with the academic level, but tries to guarantee that the student remains in the study. It is financial aid that is given to all students who meet the requirements,” said the official.
It is important to note that one of the main requirements is related to the socioeconomic level of the beneficiary’s family environment. They must not have an income greater than three Minimum Vital and Mobile Salaries.
According to what he stated, there are four different lines: Progresar Obligatorio (for the completion of compulsory education), Progresar Superior (for students at tertiary and university levels), Progresar Trabajo (for training in trades) and Progresar Nursing (for students of that course).

He pointed out that beneficiaries who are in high school or tertiary and university studies must renew their registration annually. In the case of those who are trained in trades (which usually last for months), the payment lasts for the duration of the course.

The head of the Efficient Resources Program, Nora Ahumada, pointed out that last year more than 10,000 students were beneficiaries of the Progresar Scholarship. This year’s data has not yet been confirmed.

“When they load the data, from the Ministry of Education we ask the academic institution for the educational requirements of the student enrolled, that is, the school or university has to prove that the student is part of the establishment mentioned in the registration and that it appears as normal,” he explained.

“There are many who could not apply because they did not get to know what the registration mechanics were in the March instance, so a second possibility was opened this month so that they can do so,” he added.
Last year, more than 10 thousand people accessed the scholarships.

Those who are interested in completing their studies can do so through the page www.argentina.gob.ar/progresar. They can also download the Progresar+ application on mobile devices, create a username with a password and upload the registration data.

The program was created by decree in 2014, during the administration of Cristina Fernández de Kirchner. At that time, the monthly amount was $600. In March 2015, it went up to $900. Since then, the values ​​have been updated until reaching the current payroll. Between 2015 and 2018, the executed budget for scholarships fell by 35% in real terms.

To receive the benefit, it is necessary to be a native Argentine, naturalized or foreigner with legal residence for two years in the country and have a DNI. You must maintain the status of regular student of an educational institution, be between 18 and 24 years old (it is extended up to 35 years in the case of people with children under 18, belonging to single-parent households). In the case of the compulsory level, the age range is 16 and 17 years old.
There is no age limit for those with disabilities, for nursing students, for trans people, indigenous peoples and refugees.