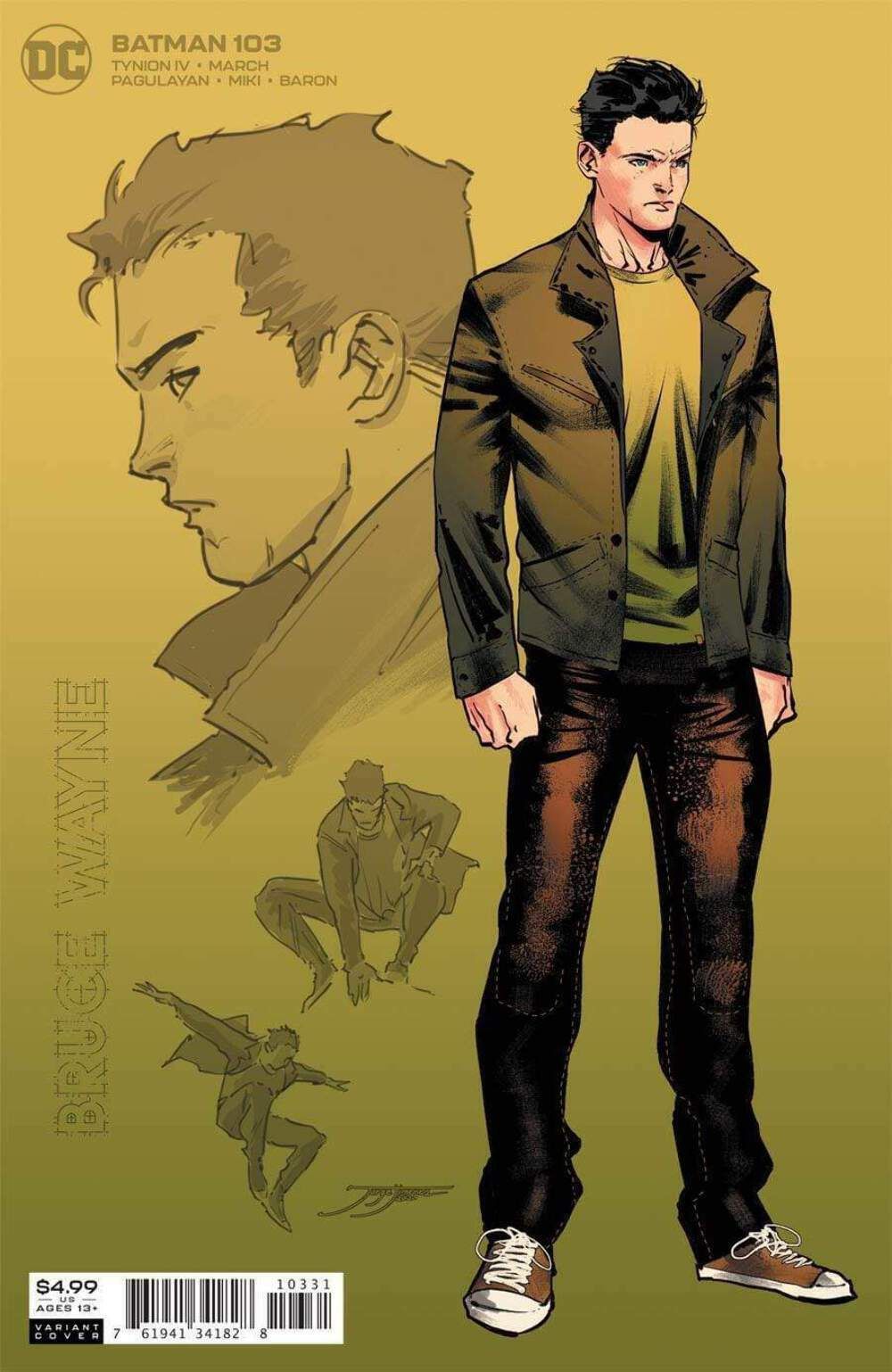 BATMAN # 103 INC 1:25 JORGE JIMENEZ BRUCE WAYNE CARD STOCK VAR (W) JAMES TYNION IV (A) CARLO PAGULAYAN, DANNY MIKI (C) JORGE JIMENEZDC COMICSBatman and Ghost-Maker decide which of them will make him the hero of Gotham City. The city is changing faster than ever in the aftermath of “The Joker War-” and with this change the dangers increase as the citizens of Gotham demand that Punchline be released from prison! Plus, Harley Quinn faces certain death at the hands of Clownhunter! * All street dates and artwork are subject to change by the editors.