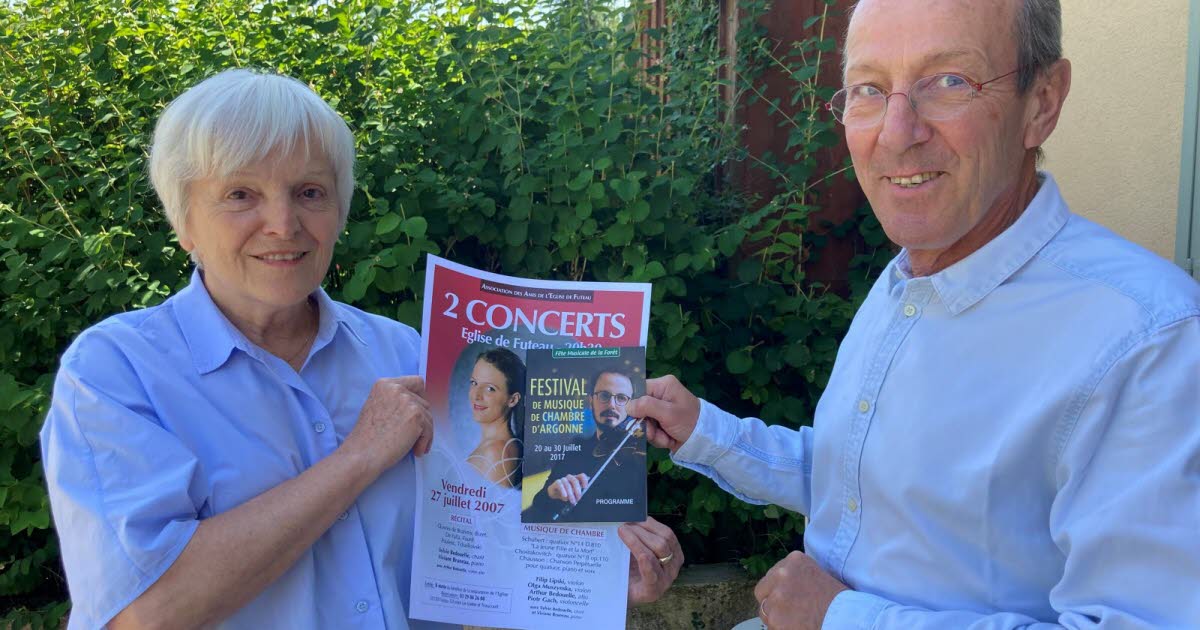 The Argonne Chamber Music Festival is about to blow out twenty candles. The opportunity to look in the rear view mirror to remember the path traveled during these two decades.

The adventure began in 2002 when Ana and Marc Bedouelle bought their house in Futeau. “My two children were still students at the Conservatory, I asked my neighbor ‘Where do you think it would be possible to do a concert?’, she answered me at the church of Futeau and here we are gone”, says – with nostalgia – Ana Bedouelle. Sylvie, their daughter, performed in the church in 2003. Their son, Arthur, waited another year. “It went well, it gave us wings to do other concerts,” continues the mother. First one, then two, then three concerts are organized each year with the Friends of the Church of Futeau association. Until the day when chamber music found its place, it was in 2008.﻿

A festival on a human scale

“Growing up, Arthur harbored the desire to create a real festival,” says his mother. This was done in 2011, when the Argonne chamber music festival and the Fête Musicale de la Forêt association, chaired by Ana, were born. The son, who has become artistic director of the event, then calls on his friends and comrades. Gradually, more and more artists traveled from London, Spain, Japan, Switzerland, Sweden or even Korea. “We welcome them in residence with us, with the neighbors or in a gîte, they are all there rehearsing all over the house”, comments Ana with a smile on her face.

Over the years, the number of concerts increases and the festival irrigates more the territory. “Depending on the churches, we can accommodate more or less people, but the musicians are attached to each of them”, specifies the mother of the family. “Playing in Rarécourt is important to them for the acoustics, in Clermont it’s a beautiful church that sounds good, in Futeau it’s their home…”. Today, the festival could grow even more but it is not the wish of the Bedouelle family. “Arthur dreamed of a festival of this size, it will remain so, friendly and manageable”, says Ana.

Lives punctuated by the festival

Some musicians wouldn’t miss this moment of reunion for anything in the world. “It was first a family story and it remains so, but it also became the story of a very tight group of friends who invited others to grow and complete each other”, rejoices Ana Bedouelle. “This festival is a pleasure for them as for me. Our whole life here has been punctuated by this festival, it has allowed us to fit in socially here when we came from elsewhere”.

No question therefore of putting down the bow. Especially since the new edition is approaching. This year, the festival will take place from July 16 to 31 with eight concerts scheduled in five churches in Argonne. Sixteen young musicians are in the game. After being announced and canceled twice, “La fille et la mort” should finally be played!