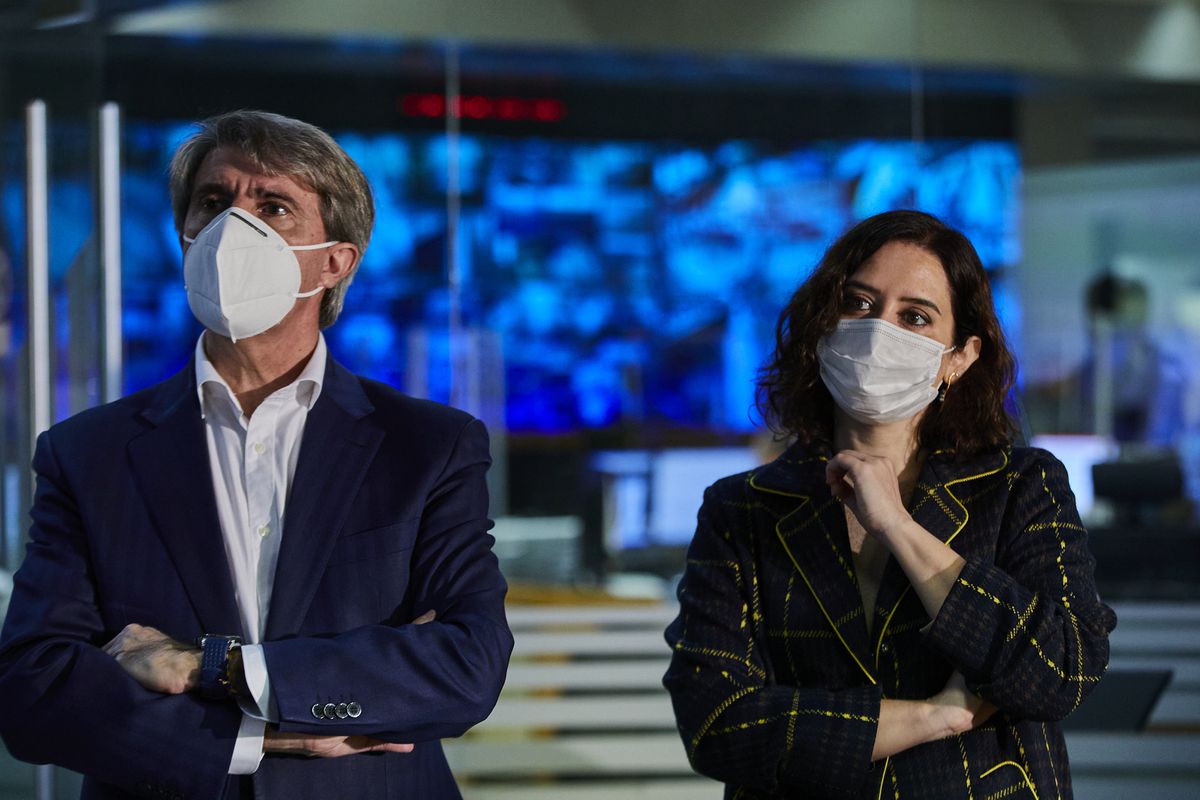 The ocean that separates the two souls that coexist in the PP is filled with the two main waves of calls for scholarships to study high school in private centers in the Community of Madrid. The first comes in the 2019-2020 academic year, with Ángel Garrido as president, has 3,000 students as potential beneficiaries (8% of those who went to private school in high school), and a low enough family income limit (10,000 euros) so that only those who really need it receive aid. The second will arrive next year, and it is nothing like that one: it is promoted by President Isabel Díaz Ayuso, it will affect 15,000 students (around 38% of those who will go to the private school at that stage), and it has been opened both the hand on the income threshold (now 35,913 euros) so that families who earn more than 100,000 euros can choose.

This has provoked a double clash in the regional right. First, there is the disagreement between the moderate PP and the more conservative PP: “It is an ultraliberal gesture,” laments a small minority of PP veterans. And then there is the rivalry between the PP and Vox: with the municipal and regional elections of May 2023 on the horizon, the extreme right is trying to convince voters that Ayuso has extended aid under his influence.

“This aid was designed for those who really need it: families who did not pay anything to attend compulsory secondary education (ESO) in a concerted arrangement, and who suddenly had to pay for high school at private prices so as not to change centers,” he explains. , under condition of anonymity, a former senior official of the Government of Garrido (PP). “We wanted to restrict it to state-subsidised schools, but a report from the community’s general counsel warned us that this was legally unfeasible, that we could not restrict the right to request aid,” he adds. “Finally, we did it through practical reality: by setting 10,000 euros as the income threshold to qualify for aid, there were hardly any pure private students who could benefit,” he explains. And he concludes: “What has been done now, by increasing that threshold to 35,913 euros, is a mistake. With that cap, many students of the pure private will be able to benefit. That is deviating from social justice.”

An opinion that is not shared by the current Regional Ministry of Education, headed by Enrique Ossorio, who is also vice president of Ayuso. “The Community of Madrid has this necessary scholarship program to promote freedom of choice for families and ensure equal opportunities for students,” counters a spokesman.

What affects the most is what happens closest. To not miss anything, subscribe.

This double analysis reflects the open conflict between the two souls of the PP, the moderate one that Garrido represented before going to Cs and the more liberal Ayuso, while recalling the ups and downs that an aid always installed in the controversy has experienced.

Looking ahead to the 2019-2020 academic year, Garrido announced a scholarship that would benefit high school students who had completed ESO in a concerted school (which in principle excluded public students from opting for aid), and endowed with 4 .5 million euros, since its application was going to be staggered and in that course it would only affect the first year of these non-compulsory studies. The reality, as EL PAÍS advanced, is that in that first call there were already more than 65 students benefiting from the aid, despite the fact that they studied in pure private schools: they met the income requirement and, finally, scholarships had not been restricted. to the concerted, nor expelled from the possibility of requesting it to the students of the public. Ayuso, who had just come to power, blamed his predecessor, and promised that only concerted students could take advantage of public money.

Thus, in the 2020-2021 academic year, the funds were doubled, up to nine million, since the two high school courses were already going to be financed in full, and a mixed formula was sought. On the one hand, the regional government tried to restrict the granting of aid for the first year of high school to students from concerted programs (“to apply for the scholarship for the first year of high school, have completed or be completing the fourth year of ESO in the same private center of the Community of Madrid, as long as it is in a concert regime”). On the other, he decided to keep the scholarship for second-year students who came from pure private centers and had already enjoyed it the previous year, so as not to leave them in the lurch. And in addition, an order was published that limited centers with ESO the possibility of receiving students with a public scholarship in private high school.

The same policy was followed for the 2021-2022 academic year, always leaving it unclear how many students from each type of private school were benefiting from the scholarship.

But the drastic change has come now, with the 2022-2023 academic year. By passing the income threshold from 10,000 to 35,913 euros, the safeguard introduced by Garrido’s team blows up. It is no longer possible to ensure that the percentage of beneficiaries from pure private education will be a minority. On the contrary. The doors are opened to all private centers, whether concerted or not: “Students who attend Baccalaureate in a private center authorized by the competent Ministry of Education, located in the territorial area of ​​the Community of Madrid, will be recipients of the aid. ”.

Consequently, that little help from Garrido has become a key policy under Ayuso. It goes from 2,860 benefited students to a forecast of 15,130. And from nine million investment to 45. With two key nuances. First: unlike what happened in previous calls (2020-2021 and 2021-2022), now, in principle, public students will be able to apply for aid, although the Ministry does not clarify it. And second: the Government has made it clear that it will exhaust these funds, even if it runs out of applicants who meet the income requirements, because in that case it will begin to grant aid to those who are closest to meeting them.

“We didn’t want this,” laments another high-ranking official of that brief Garrido administration (May 2018-April 2019), successor to the resigned Cristina Cifuentes and Ayuso’s predecessor. “It was about not leaving the students of the concertada stranded who suddenly saw that they had to pay for high school,” he argues. “What has been done now is one of those ultraliberal gestures that it seems that the Ayuso government is forced to make, facing the gallery, and also Vox.”

#HiloEducation
Last February 3 @vox_es registered a Proposal Not of Law in the Assembly so that in Madrid all High School students could have a scholarship to study in a private center since the PP only gave that opportunity to students from concerted centers. pic.twitter.com/mju5r6EwU1

It is not a reference said lightly. Vox registered a proposal in the Assembly in February to officially extend this aid to all private parties. The PP did not announce that it would do so until April, and chose to do so on a date that does not seem casual: one day before the proposal of the extreme right was debated in the Chamber.

“The increase in scholarships in number and endowment in Infant, FP and high school was Vox’s condition for approving the budgets of the Community of Madrid,” Jaime de Berenguer, far-right regional deputy, assured on his social networks on Wednesday. “We are very satisfied that the PP accepted our idea. The Vox-PP collaboration has been essential for the Community of Madrid to lead and liberate Spain”.

A sign that the two parties believe that this is an attractive flag to seduce voters in the municipal and regional elections of May 2023. And that other regions governed by the PP, such as Murcia, a government source points out, can follow this same path: as happened with tax cuts, bilingualism, or the nursery check, Madrid has always been the spearhead, the showcase and the advance guard of the policies that the conservative formation later applies in other regions.

Because what Ayuso is doing is widening paths already opened by his predecessors. In the infant stage, aid for private nurseries began to take its current form with Esperanza Aguirre in power (2003-2012): since then its amount has multiplied (among other things due to the influence of Ciudadanos in the PP governments between 2015 and 2021) and the facilities for obtaining it (for example, by being able to include a baby conceived but not born in the calculation of family income). The grants in FP of higher degree arrived in 2013. The Baccalaureate scholarships were promoted in 2018 by Garrido. Finally, the mid-grade VET scholarships will debut in the next academic year, in the midst of great controversy: if last academic year the Government dedicated 64 million to all these scholarships, the next one will invest 127 million.