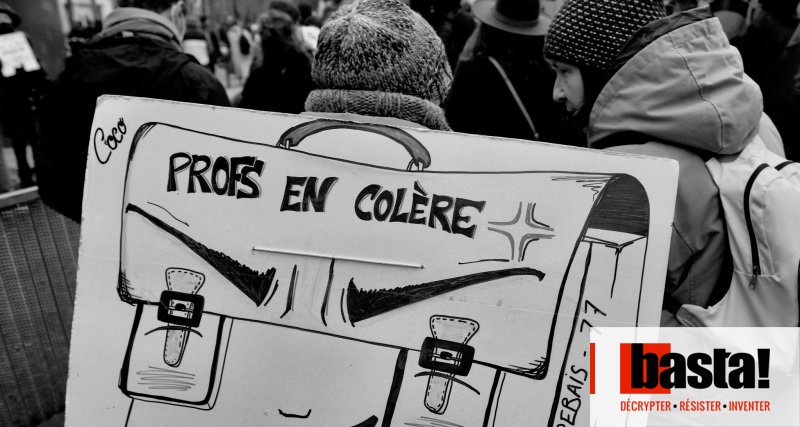 DOn Sunday September 4, Kai Terada, a mathematics teacher at the Joliot-Curie high school in Nanterre (Hauts-de-Seine) for 16 years, received a 4-month suspension notification from the rectorate, without reason. Thursday, September 8, he was summoned to the rectorate of Versailles. His administrative file, which he was able to consult during the interview, was still empty. During the interview, the director of human resources told him that he had not been accused of serious misconduct, but that he would probably be subject to a “transfer in the interest of the service” procedure under 10 or 15 days, with the aim of “bringing serenity back to the establishment”. When his union defenders pointed out that it was contrary to all the principles of defense law, the director of human resources contented himself with indicating that it was not very serious, and that the case law was on his side.

“We, personalities from the trade unions, politics, education and culture”

Kai Terada was not chosen at random by the administration, any more than the Lycée Joliot-Curie. The school is a union bastion, on the front line of social mobilizations for years. Kai Terada is a recognized figure in teacher activism at the local, regional and national level. He is one of the leaders of Sud-Éducation, a union very regularly targeted by the ministry, in Hauts-de-Seine. He led a large number of strikes in his establishment and his city, is a figure in the General Assemblies of strikers at the level of Île-de-France, and is recognized for the important role he played in mobilizing the Touche pas ma ZEP (TPMZ) collective in 2016. Finally, it is very active in support networks for young undocumented migrants, in particular via the Education without Borders Network (RESF).

See also  Culture and education are motors for a lively city

Obviously, it is the trade union activist who is targeted in this decision of the administration. His colleagues point out: accusing Kai of contributing to the “lack of serenity” of the establishment is pure figment of the mind, in nameless bad faith. They were also numerous on strike from September 5 and gathered in front of the rectorate of Versailles on Thursday September 8 to support it.

With the procedure of “transfers in the interest of the service”, the administrative hierarchy has found a good vein. This was greatly facilitated by the 2018 law on the transformation of the Civil Service, by removing the obligation to present this measure to the competent joint committees. It is now purely and simply the act of the prince, who has no obligation to justify them: the cynicism put forward by the rectorate of Versailles when convening Kai Terada is a good illustration of this.

This is not the first time that the administration has used this procedure, since the case of the Collège République (Bobigny, Seine-Saint-Denis) in 2019. Since then, the administration’s argument has always been the same: it is restore serenity in the establishment, in defiance of all reality. The targets are also always the same: trade unionists, teachers engaged in their educational or associative practices. The interest of the service, under these conditions, is never that of the pupils, but that of the hierarchy, which can thus get rid of vigilant people at little cost, ready to point the finger at all its excesses.

Anti-union repression in education has taken on an unprecedented scale under Jean-Michel Blanquer, in particular against staff who challenged the establishment of the new baccalaureate in 2019. It therefore continues under Pap Ndiaye. The modus operandi becomes ever more Kafkaesque. It is time for this to stop.

We, personalities from the trade unions, politics, education and culture, are committed to Kai Terada and the victims of anti-union repression in education.

We call, with the national inter-union for education, to participate in a rally in front of the Ministry of National Education on Wednesday, September 21 at 3 p.m., to demand the abandonment of the proceedings against Kai Terada, and the cancellation of all the decisions taken against all the repressed trade unionists in recent years.

Personality of education and culture: