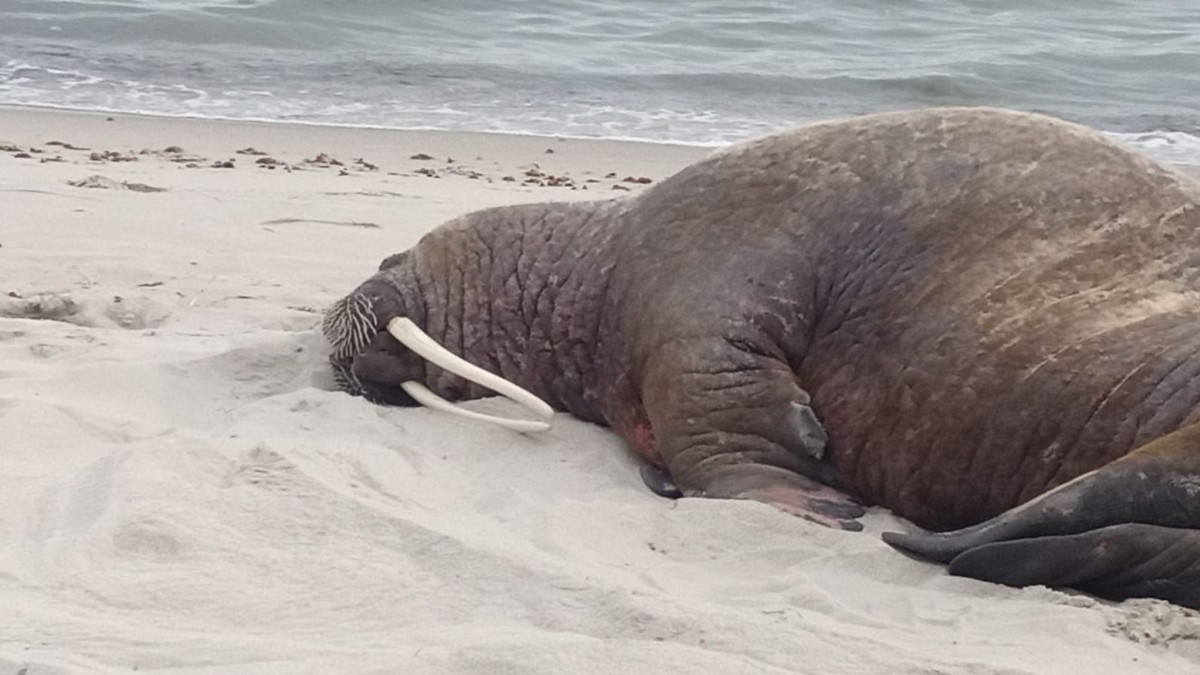 Warsaw (dpa) – A few days after a walrus made a flying visit to Rügen, an animal was also sighted on Poland’s Baltic Sea coast.

A walker discovered and photographed the walrus on a lonely beach near the village of Mielno, about 140 kilometers east of Świnoujście, reported the online edition of the newspaper “Gazeta Wyborcza” on Thursday.

Since this is the first documented sighting of a walrus in the southern Baltic Sea, one can assume with “100 percent certainty” that it is the same animal as before on Rügen, said Iwona Pawliczka vel Pawlik, head of the marine observation station at the University of Gdansk the Baltic Sea Peninsula Hel, the German Press Agency. Her analysis of the photos of the two-meter-long animal also confirmed this assumption.

So that the walrus is not harassed by onlookers, the Polish scientists do not disclose the exact place where the marine mammal is resting. Last week, the walrus attracted many tourists with its flying visit to Rügen. After a short break on the beach, it swam away again.