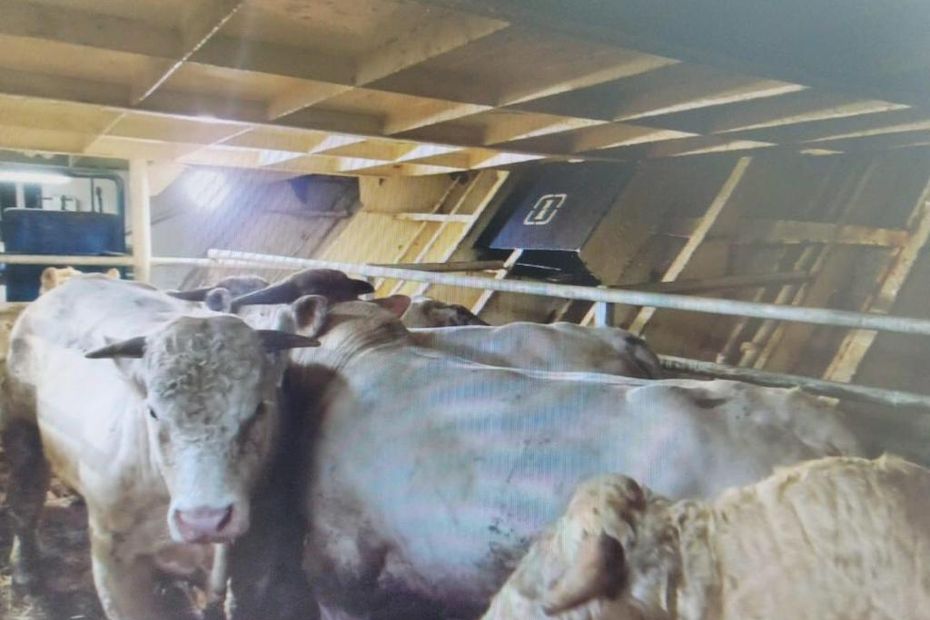 According to information from France 3 Occitanie, the 780 cattle stranded in the port of Sète, after a round trip to Algiers, should be slaughtered in Rodez. The animals could be transferred as early as this Friday evening. Environmental associations accuse the authorities of having “approved this transport of animals in defiance of health requirements”.

The livestock vessel carrying nearly 800 bulls has still not docked in the port of Sète. The boat Nader A was, this Friday, September 23 at the end of the morning, three nautical miles off the port as indicated by the MarineTraffic site, on which its position can be observed.

According to information from France 3 Occitanie, a crisis cell would be organizing convoys of trucks in which the bulls would be evacuated in groups of 30 to the slaughterhouses of Rodez. According to our sources, this unloading of cattle could begin this Friday evening.

The ship which left Sète (Hérault) on September 3 to transport the bulls on board to Algeria, was seen Thursday afternoon by an AFP photographer anchored off the port of Sète.

Earlier in the day, the boat was stationary”approaching the port of Sète” had indicated the French Ministry of Agriculture, adding that “a veterinary visit and analyzes [étaient] In progress“.

Two days after the departure from France of the cattle carrier, an 81-meter vessel under the Togolese flag and 45 years old, the Algerian authorities had prohibited the unloading of cattle on their soil. The French authorities explained on Wednesday in Paris that a “difficulty of interpretation“of the health status of three animals was the cause of the blockage, ensuring that”there was no breach by the French authorities on the export certificate“having allowed the departure of the beasts of Sète.

See also  Cow Clementine is sure that she is a dog. reedus

Healthy bulls had been vaccinated against infectious bovine rhinotracheitis (IBR). However, documents attached to their export certificate bore the words “Positive IBR” – falsely suggesting that they were carriers of the virus.

Despite a clarification provided by France, Algeria still refused them entry into its territory.for regulatory reasons“. A l’issue de “fruitless talks”France has decided to bring back the boat and to slaughter these 780 animals: they have, in fact, “been fed with hay” from Algeria, a country where another animal disease – foot and mouth disease – is present.

The risk of contamination is “extremely minimal, but cannot be ruled out“, detailed the government. Cattle will not be “not put back into the circuit of human consumption“once slaughtered.

“We doubt that the problem comes from a risk of contamination due to foot-and-mouth disease: we believe that there was a risk of infection on board with the IBR disease“, declared Wednesday evening to AFP Adrienne Bonnet, representative of the NGO for the defense of farm animals Welfarm. Since Tuesday, the association accuses the authorities of having “approved this transport of animals in defiance of health requirements” and ensures that about thirty of them died at the dock.

“We have no information that would indicate a particular problem“on the state of health of the animals, affirmed the ministry, which specifies that the boat is approved and”has been inspected on departure from Sète by our services“.

On his Twitter account, Hussein Bourgisenator of Hérault, challenges him Ministry of Agriculture and Food Sovereignty on the fate of these young bulls stranded at sea. It calls on the government to “telling the truth transparently”.