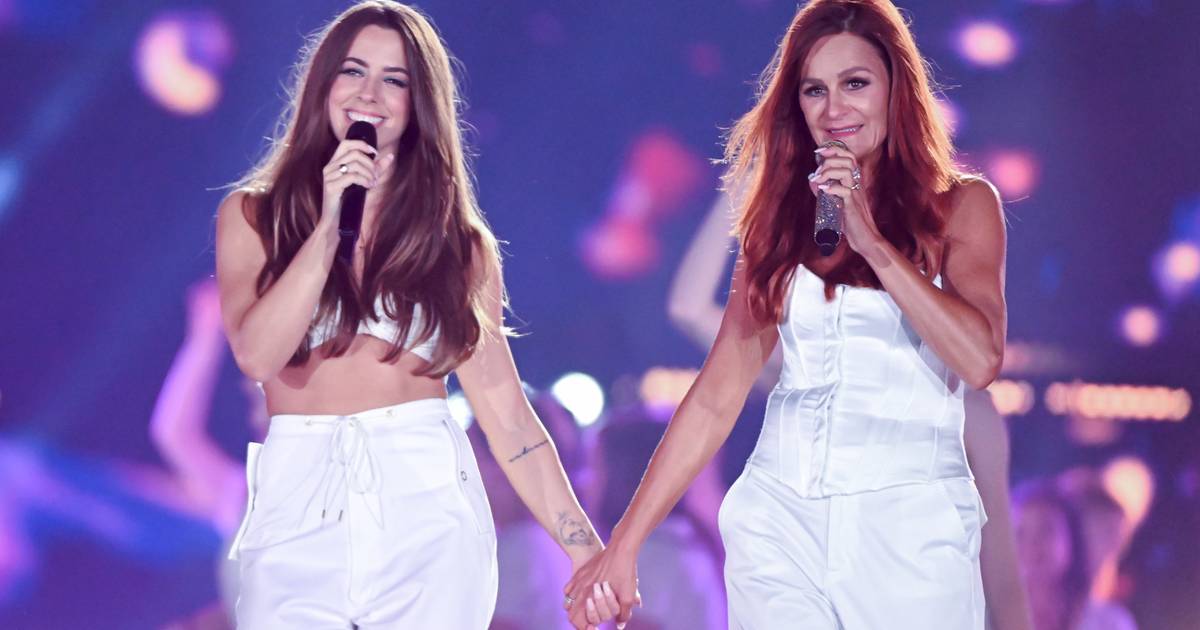 Aspach Andrea Berg has been delighting hit fans for 30 years. With her new album, the native of Krefeld could expand her own record in the charts in a few days. There will be celebrations this weekend – with prominent support.

Enthusiastic fans, a spectacular show and emotional performances – Andrea Berg’s stage anniversary in Aspach, her adopted home in Baden-Württemberg, was a reflection of the past 30 years. The singer has been delighting her followers for so long. Berg is a “hit icon” and the “queen of hits,” said the Italian singer and presenter Giovanni Zarrella, who, according to a spokesman, presented the anniversary show on Friday in front of 12,500 fans.

In fact, hardly any German artist has been as successful as Berg in the past three decades. Her best-known hit “You lied to me a thousand times” is a real catchy tune and is hardly missing at a hit party. According to the market research company GfK Entertainment, the 56-year-old holds several records: For example, no other German singer has had as many number one albums as Berg – a total of eleven in her career.

This record could be out of date in just a few days. Because Andrea Berg is preparing to storm the top of the German charts with her twelfth album. “I’d do it again” is the title of her new album, which was released on Friday. It is an album that Berg was able to inspire many stars for – most of them were on stage with Berg on Friday evening in Aspach. “I’ve invited a lot of people who are close to my heart,” said Berg.

Berg had previously promised that the 30th stage anniversary would be “magical” – and she tried to keep this promise. Duets with Beatrice Egli, Maite Kelly, Nino de Angelo or DJ Ötzi as well as a Cologne song with the Cologne music group Höhner created a relaxed atmosphere in the arena. The celebrity guests paid tribute to Berg’s previous career. That moved the pop star to tears. “It’s just crazy!” Egli said about Berg’s career. ZDF will broadcast the highlights of the evening on August 6 at 8:15 p.m. on television.

See also  Anna Sedokova, the beloved of John Timma, talks about the crisis of relations