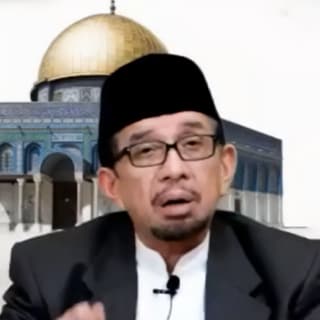 On September 10, 2022, the Board of Directors of the International Union of Muslim Scholars (IUMS) announced the appointment of Indonesian national Habib Salim Segaf Al-Jufri as its new President for the remainder of the term of former President Ahmad Al-Raysuni. Resigned last month. The Qatar-funded organization noted that the election of Al-Jufri was conducted in accordance with Article 31 of the union’s statutes, which states that “if the office of the President becomes vacant or an event occurs that prevents him from performing his duties, the Board of Trustees elects a Presidential representative to serve as President until A general assembly is held and the union president is elected at the first meeting.”

After the union announced Al-Jufri’s appointment, several analysts described him as a Muslim Brotherhood loyalist, arguing that his election reflected the burgeoning Muslim Brotherhood in the Arab world and Turkey. struggle and highlighted the group’s intentions to promote its ideology in East Asia.

According to IUMS, Al-Jufri was born on July 17, 1954 in the city of Surakarta in central Java, Indonesia. He holds a PhD in Islamic Law from the Islamic University of Madinah, Saudi Arabia. He was the Minister of Social Affairs of Indonesia, Lecturer for Graduate Studies at Sharif Hidayatullah Public University in Jakarta, and Lecturer at the Faculty of Sharia Law at the Institute of Islamic and Arab Sciences affiliated with the Islamic University of Imam Mohammed bin Saud, Saudi Arabia. Other positions held by Al-Jufri include Director of the Jakarta Sharia Advisory Centre, Chairman of the Bait Al Mal “Moamalat” Advisory Committee, Member of the Sharia Council of Takaful “Takaful” and Member of the Sharia Council National Bank in Jakarta.[1] He was the Indonesian Ambassador to Saudi Arabia from 2006 to 2009.

Before and during his tenure as vice-president of IUMS, Al-Jufri made only limited appearances on Muslim-related issues, including the goals of IUMS and the Israeli-Palestinian issue.For example, in November 2018, Al-Jufri spoke at the opening of the IUMS Congress in Istanbul, Turkey, in which he praised IUMS founder Sheikh Youssouf Al-Qaradawi and described IUMS as “a [not limited to] A minority, a school of law, an organized political party, a state or a group. It only represents Islam and is on Islam’s side. “[2]

In April 2021, Giuffrey addressed Palestinians at a sit-in inside the Al-Aqsa Mosque, saying the Indonesian government and people were with them.In the same speech, Al-Jufri mentioned that before the COVID-19 pandemic, a large number of Indonesians traveled to Jerusalem and visited the Al-Aqsa Mosque, “the purpose behind it was to let the Jews know about this [Al-Aqsa] Property belonging to all Muslims, Israel has no right to enter this holy place. Al-Jufri then stressed that he wanted to be one of those who performed body prayers in Al-Aqsa, “We hope and we pray to Allah for us to be martyred there… that is the wish of every Muslim in the world.” “[3]

Analysts also said that Al-Jufri, who was warmly welcomed by former IUMS president Al-Raysouni and his secretary general, Ali Al-Qaradaghi, was a loyal supporter of the Muslim Brotherhood, and his appointment was aimed at expanding the group’s reach in East Asia as it Currently trying to gain a foothold in the Arab world and Turkey.

See also  Would people disgusted by broccoli be more resistant to Covid?

Shortly after the announcement, Ali al-Qaradaghi posted a tweet that read: “Congratulations to the Indonesian Presidential Union. And congratulations to Indonesia for taking the presidency of an academic institution.” The International Union of Muslim Scholars in this cycle the remainder of the term. We warmly congratulate him and wish him success in achieving the great goals of the league. “[4]

The union’s Twitter account posted a tweet in the name of former president al-Resuni, in which he prayed to Allah to support al-Juvrey and guide him to success.[5]

Contrary to the warm welcome, Mohammed Hawadi, a Syrian writer and political analyst with more than 10,000 followers, tweeted on September 14, 2022, in which he noted that Al-Jufri’s appointment came after “Muslims” The Brotherhood is cornered in the Arab world and in Turkey, and their only way out today is Indonesia, which will suffer from their radical and misguided ideology.”[6]

Commenting on Al-Jufri’s appointment on September 14, 2022, Syrian activist and Twitter user Ali Al-Dandashi (more than 167,000 followers) tweeted: “Habib Salim Segaf Al-Jufri is a Muslim. A new tool in the hands of the fraternity after he was taught and raised by their destructive ideology at the Islamic University in Jakarta.”[7]

Syrian TV host Rasha Hasan posted a tweet in which she linked Al-Jufri’s appointment to a study by Egyptian Islamic group expert Moustapha Zahran, published by UAE-based think tank TRENDS Research and Advisory, on The Muslim Brotherhood in Indonesia and their alliances with political parties there.[8]

Analyst Ghassan Yousef referred to the same study in a tweet dated September 14, 2022, to highlight the dangers of appointing Al-Jufri. He wrote: “A study published by the Trends Center shows that the presence of the Muslim Brotherhood in Indonesia is considered a major controversy in Asian countries because the ideology of the Muslim Brotherhood contradicts the foundation on which Indonesia was built. This is dangerous. The reason for the local appointment of Habib Salim Segaf Al-Jufri as president of the World Federation of Islamic Witch Doctors.”[9]

Likewise, Nabeel Moustapha, an Egyptian analyst and former chairman of the Egyptian Daily Masri Yum and Yum Sabiein a tweet on September 15, 2022, in which he wrote: “The Qatar-based, Qatar-funded and terrorist-listed International Union of Corrupt Scholars has appointed Indonesia’s Habib Salim Segaf Al- Jufri is the chairman, so it will be able to expand deeply in East Asia after being cornered by the Arab states. [It intends] Creating new weapons for the Muslim Brotherhood after the group and its weapons have experienced deterioration in many countries. “[10]