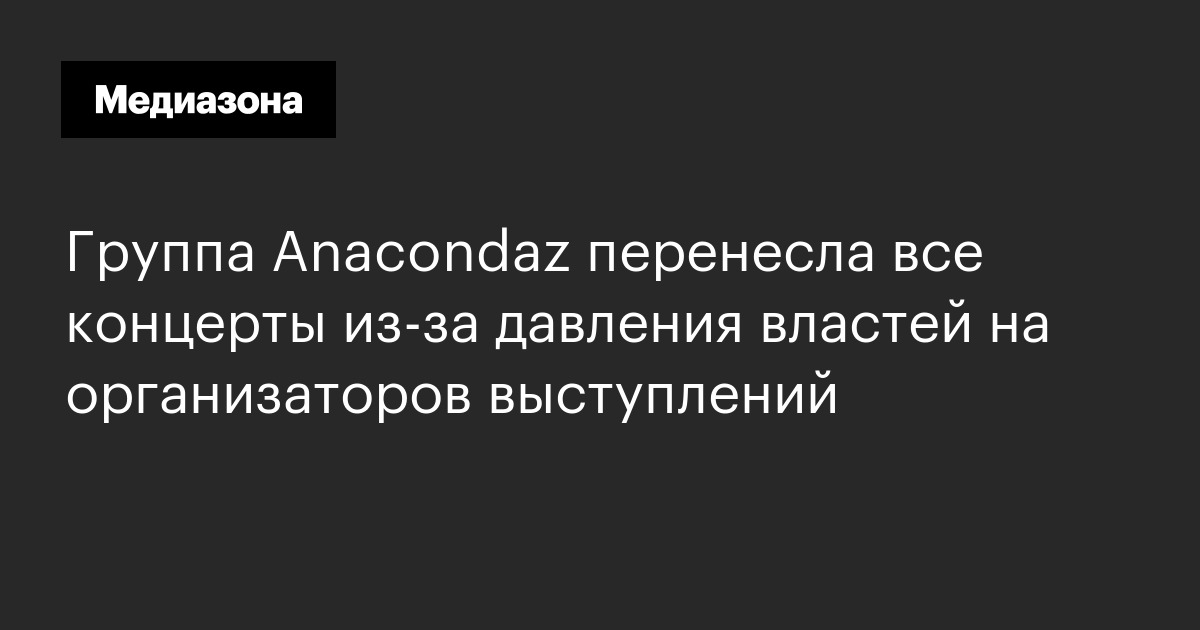 Anacondaz postponed all concerts scheduled for 2022 due to pressure from the authorities on the organizers of performances and concert venues. This was reported in the telegram channel of the group.

“Tickets will be valid, there is no need to change them. In addition, together with our friends from the human rights group Agora, we are starting lawsuits against the authorities for disrupting concerts in Yekaterinburg and Perm. We do everything to make the concerts take place. Peace to all,” the statement said.

Police disrupted the concert on July 23 Anacondaz in the Perm club, the day before the same thing happened in Yekaterinburg. In June, the performance of the group after “pressure from government agencies” was canceled by the Moscow GlavClub, Anacondaz also removed from the program of the St. Petersburg “Excellent Fest-a”. The concert also canceled the music festival “Fly away” from Udmurtia.

In early July, Fontanka published a list of artists banned due to their anti-war position – in addition to Anacondaz, 29 more groups and performers got into it, for example, DDT, Kasta, Bi-2, IC3PEAK“Blood” Little BigZemfira, Monetochka, Buckwheat, Dora, Manizha, Oxxxymiron, Face and Morgenstern. Who compiled the list is unknown, its authenticity was confirmed by one of the artists who appeared on it and an unnamed concert organizer.

Yesterday, a court in Ufa fined DDT soloist Yuri Shevchuk 50,000 rubles under a protocol on “discrediting” the army because of statements made at a concert. At the same time, it is not known which words of the musician caused the claims of the police.