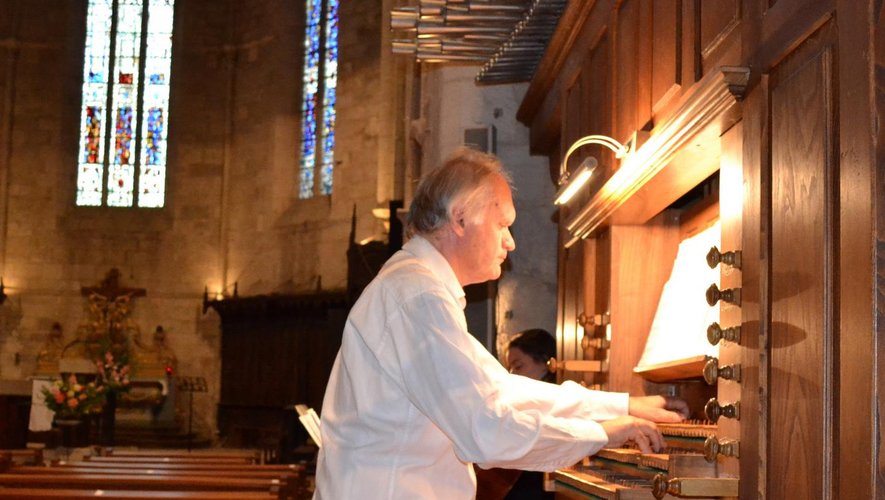 Sunday June 26, at 5 p.m., Franck Besingrand will give a concert on the Cavaillé-Coll organ of the Notre-Dame de Decazeville church, recently raised (renovated).

Born in Bordeaux, Franck Besingrand studied at the Conservatoire National de Région de Toulouse and won awards there, in particular the Prix de Composition. Concert performer in France and abroad, composer and musicologist, he teaches at the Conservatoire à Rayonnement Départemental de l’Aveyron.

A concert organist, he performs regularly in many international organ festivals, both in France and abroad, particularly in Canada where he has given several concert tours, attracting much praise. Composer, this artist favors the organ and chamber music. He has won awards at various composition competitions, such as the Lonfat-Stalder Prize in 2010. His discography, covering a wide repertoire, includes 7 recordings. Franck Besingrand will pay homage to the composer César Franck, whose bicentenary is being celebrated this year, by performing some of his works, perfectly adapted to the Decazevillois instrument, as well as works from the romantic 19th century.

This renowned organist devoted to César Franck and composers of his time a very popular CD recording, “From heaven to earth, in the time of César Franck” at the organ in Saint-Genès de Bordeaux (ed. Hortus) . In addition, Franck Besingrand recently published a biography of this composer who was a marvelous organist of the Cavaillé Coll organ of the Sainte-Clotilde church in Paris.