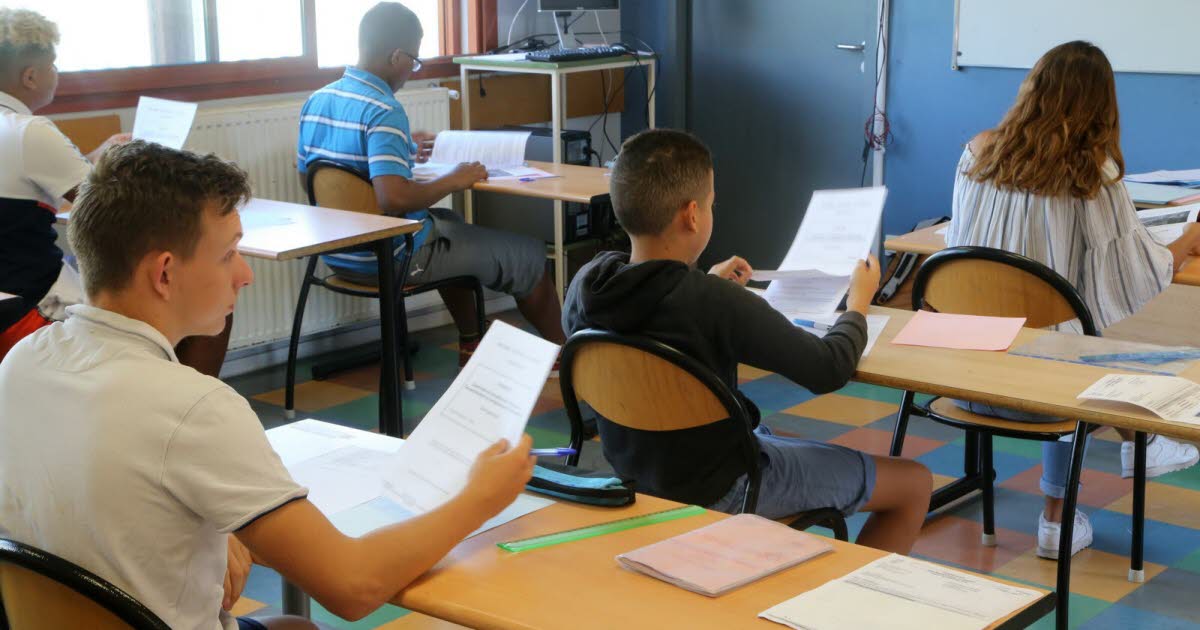 The 3rd graders worked this Friday on the relief subjects of the college patent because the texts initially planned had “leaked”. National Education will file a complaint. Here are the main elements of this case, which has few precedents.

What do we know about the case?

According to rue de Grenelle, the leak was spotted via “photos of subjects circulating on WhatsApp (messaging)” Thursday “at the end of the afternoon”. The information quickly went back to the ministry which, faced with a “proven leak”, triggered the emergency procedure.

The emergency subjects (prepared for each exam in the event of a problem) therefore had to be printed by the examination centers for the 850,000 middle school students taking the history-geography-moral and civic education and science tests.

A leak was also noted for the mathematics subject whose test took place on Thursday at 2:30 p.m. This was geographically limited and took place less than half an hour before the start of the event, according to the ministry.

It was decided to use subject B for less than half a dozen examination centers suspected of being affected by the leak. In the areas concerned, increased vigilance for follow-up correction will also be required for students who have composed on subject A.

The ministry announced that it had filed a complaint late Friday morning “against X for theft in a residential area or in a place used or intended for the warehouse”. This complaint targets both the leaks of the subjects of history-geography, science and mathematics. Rue de Grenelle will also launch an internal administrative investigation.

In addition, the ministry mentioned another problem that arose on Thursday. “The emergency protocol does not provide for translation into regional language or Braille”, which means that the pupils taking these specific tests worked on the subject of history and geography initially planned, the one which had therefore leaked.

This year, the Ministry of Education has already been forced to use fallback subjects for the general French baccalaureate due to an error in an examination center where the initially planned subjects had been distributed to the place of those of philosophy.

The use of backup subjects can happen for various reasons (leak or presumption of flight, bad statement, envelope opened by mistake before the test…). “Leaks to the patent remain extremely rare because it is not at all the same issue as the baccalaureate. There are fewer attempts to cheat, ”explains Jérôme Fournier, from SE-Unsa.

What penalties are incurred?

The disclosure of a subject before the test is punishable by a law of 1901 which provides for “imprisonment of three years and a fine of 9,000 euros, or either of these penalties only”.

In 2019, a judicial inquiry was opened after leaks concerning the baccalaureate math tests relayed by WhatsApp private messaging or by SMS. Four people had been charged.

In 2011, the Bac S math exercise leaked on the Internet. In 2018, four young people were sentenced to three and four months in prison suspended for “fraud” in this case.

Relief topics: how does it work?

Brevet or baccalaureate, the emergency subjects, which are national, are prepared in the event of an incident, each year in all subjects, and this well in advance. The subjects follow a circuit with draconian guarantees to ensure their confidentiality.

The design of the subjects is distributed among the different academies one year before the exam. A pilot academy is designated by discipline to prepare the subjects. These are drawn up by commissions bringing together inspectors and professors of the discipline. The composition and work of these commissions are strictly confidential.

The pilot academy then sends it to all the other academies and the subjects are printed in each rectorate, put in sealed envelopes and distributed a few days before the exam to the establishments where they are kept in a safe.

In the event of an alert on a risk of leakage, it is the pilot academy concerned which distributes subject B in all the academies, via a secure digital system. Due to the delays, the subject is then printed in each examination center by the heads of establishments.