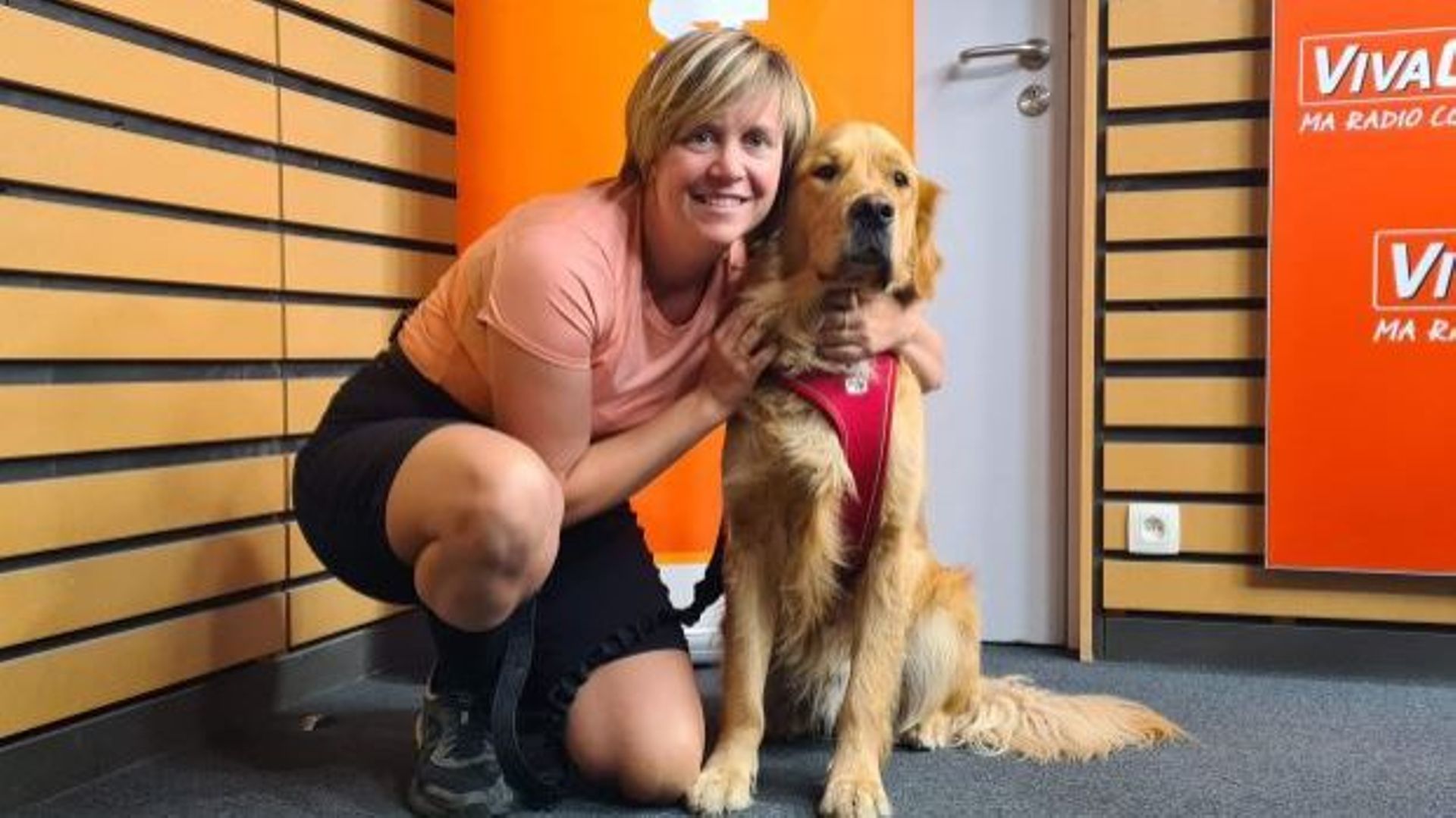 Two years ago, the Liège comedian Manon Lepomme decided, with her companion, to become a foster family for an assistance dog. This is how “Mouche”, a young golden retriever, had moved in with the couple. Today, Mouche’s training ends. He will therefore leave his current masters to be welcomed by a person in a wheelchair, whom the animal will be able to help on a daily basis.

A crazy story that started in 2020

It is therefore a journey of almost two years that ends for the actress: “It’s a crazy story that began on December 29, 2020, when we received Mouche who was really a stuffed animal, a two-month-old golden retriever. We worked with the non-profit organization Osmose to make this dog fit to help a person who needs it”. Because Mouche is an assistance dog, “which is not the same thing as a guide dog for which the training is not at all the same” says Manon Lepomme.

For two years, the comedian had to take Fly everywhere with her, in order to socialize the animal as much as possible. What can sometimes be restrictive: “I had never had a dog in my life, neither had my companion, and so yes it is restrictive. And having an assistance dog is all the more restrictive as it involves taking it everywhere time with himself: in the shops, at the restaurant, at the cinema, at the butcher’s, he has the right to go everywhere. There are also education sessions, twice a week, once in a group and once individually. But it’s not so much the lessons that are binding, it’s really to bring it everywhere” she acknowledges.

Now we know where he’s going

Soon, the actress will therefore have to separate from the animal. The transition with the new master is also in the process of being made: “Now we know where he is going to go, he is a person who is in a wheelchair in the Liège region, so we risk running into him again in the city center. Here, he has been in the adaptation phase for several weeks and it’s off to a good start, osmosis is taking place between the two of them.”

Manon Lepomme is delighted that Mouche can help her new master on a daily basis, even if the separation risks being a bit complicated: “Here, I’m more and more happy to return it because he’s met the person 5 times, and each time he’s more and more happy to see this person, so I’m like ‘yes’, that The transfer is not done suddenly, neither for us nor for him. So yes, the separation will be difficult but he will not die, he will help someone and so that is great.

It’s important to say, having a dog takes time and investment.

A great experience therefore for Manon Lepomme, who insists on the fact that welcoming a dog takes time: “It’s important to say it, if you want to have a dog, think carefully because it takes time, investment, and if it’s to have a dog and leave it ten hours a day alone during the day, it’s not a good idea…”

Find Manon Lepomme at Troca, as part of the Voo Rire Festival, on October 16th. The comedian presented his show “I’m much better, thank you!”