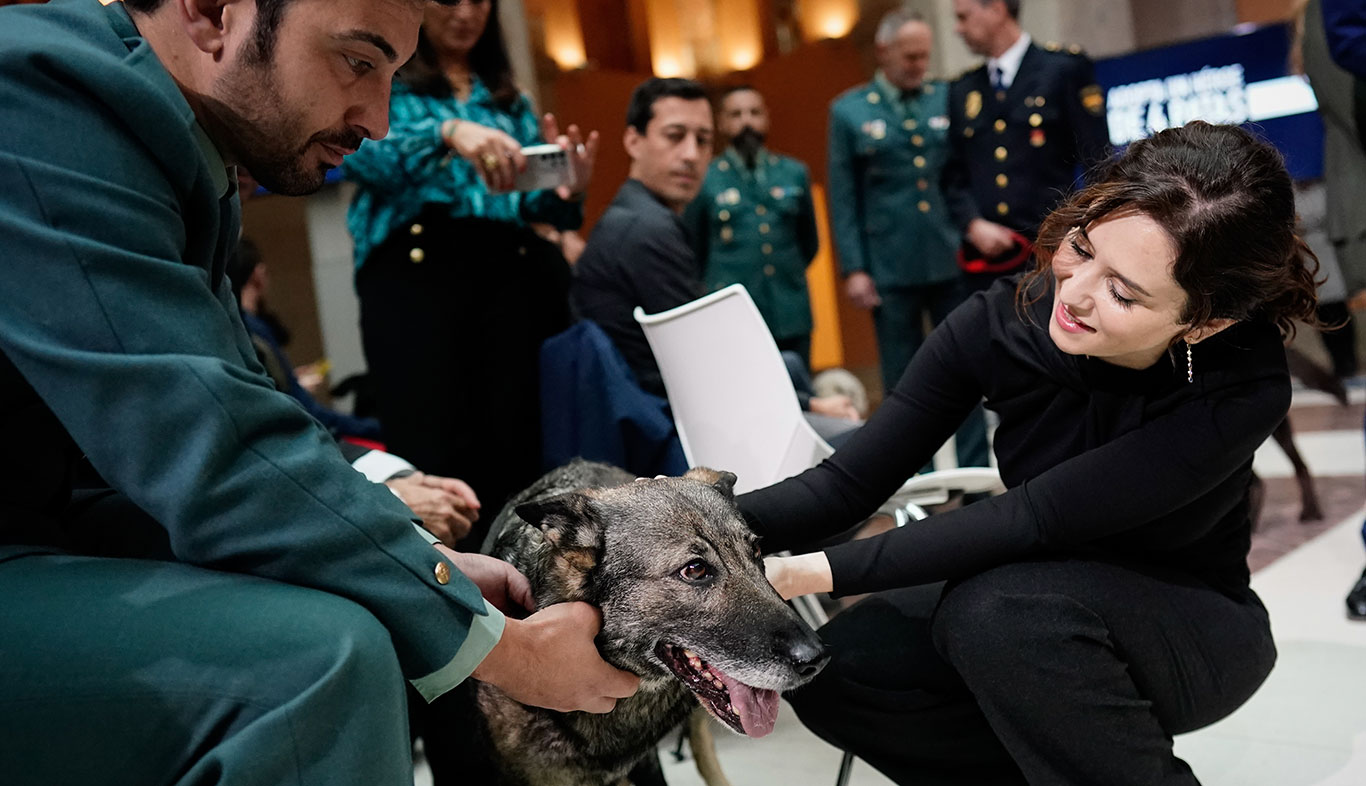 The president of the Community of Madrid, Isabel Díaz Ayuso, has presented a campaign of the 4-legged Heroes Association whose objective is to offer a dignified retirement to those dogs that have served in the State Security Forces and Corps, police units regional and local, Civil Protection, Firefighters or private security companies and whose work in this task has concluded.

“They are part of all these Corps that are essential for Spain and every day they ensure our security and our coexistence, for compliance with order and the law, they protect our forests, our homes, they come to the rescue when we need them and they return us to normality. in the face of catastrophes or other supervening circumstances”, he highlighted.

The act of the Adopt a 4-legged hero campaign took place at the Real Casa de Correos, headquarters of the regional government.

Fight against terrorism or rescues in catastrophes

This initiative tries to provide an environment and owners suitable for the profile of an animal that has worked an average of between eight and nine years in tasks such as the fight against terrorism, human trafficking or the search for survivors in catastrophes.

The campaign also includes young horses that have been trained but have not achieved the expected result.

On the other hand, the president has promised to transfer the request that they be considered working dogs to the different parliamentary groups in view of the Animal Welfare Law that is currently being processed at the national level.