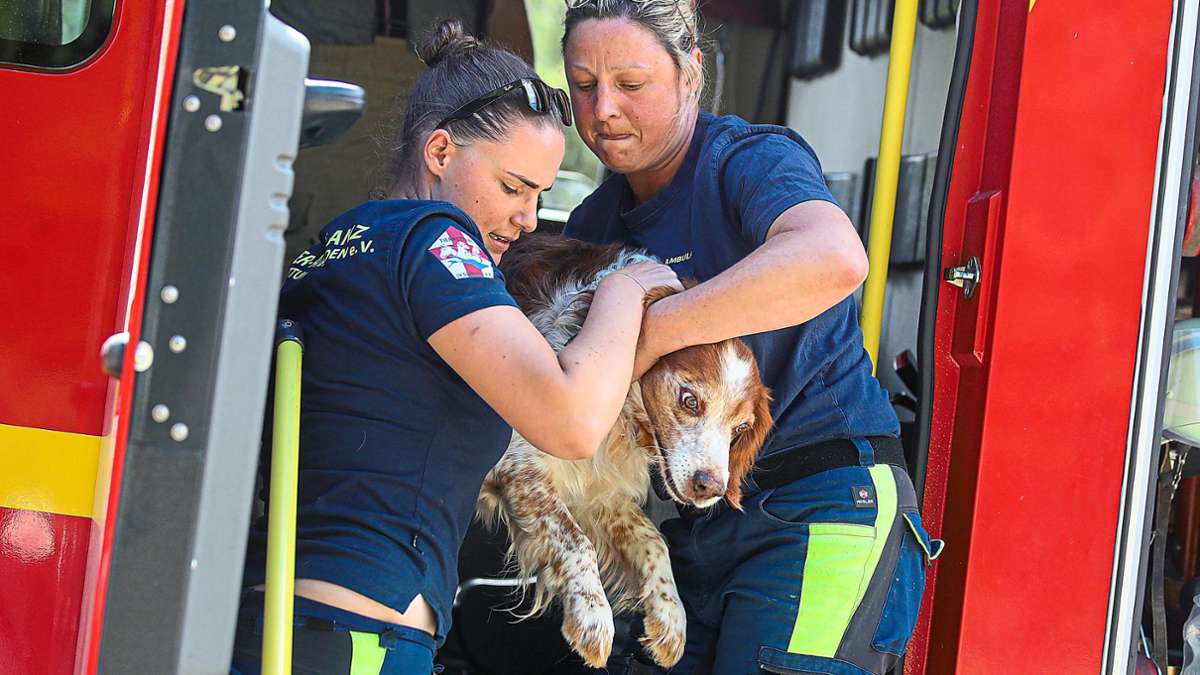 The terrible traffic accident on the B 523 still affects people. In this way, the dog involved loses its owner after the owner had already died. But there is a “happy ending”.

Villingen-Schwenningen – Visibly battered, the four-legged friend can be rescued from the completely destroyed wreck, is then brought into a vehicle by the fire brigade and is pampered there with tender loving care. Meanwhile, doctors are fighting for the life of his 70-year-old master.

The dog also needs to be taken care of

In the serious traffic accident on Saturday on the main road between Schwenningen and Tuningen, he was trapped in his Suzuki and critically injured after an oncoming 59-year-old got into the oncoming lane and rammed the car head-on. Despite all efforts, the dog owner dies in the hospital.

And the four-legged friend also needs medical attention. Tierrettung Südbaden takes care of the Epagneul Breton – a French dog breed. “He suffered severe shock and an abdomen,” said rescuer Jessica Kaminski. Very carefully, stabilized on a vacuum mattress, they take the dog to an animal clinic, where it is cared for. But all in all, the dog was lucky, as an acquaintance of the deceased told our editors: “He’s fine!”

Mum died half a year ago

Particularly tragic: The animal has to cope with two strokes of fate within half a year. First, the mistress dies after a serious illness, now Aaron, that’s the name of the male, also loses his master. For personal reasons, other family members were unable to look after the soon to be 12-year-old dog. And the friend and her mother who took in the dog cannot offer a permanent home either.

They therefore start an appeal via social media on Tuesday morning – which has an unimagined reach. “The response is amazing,” she says happily. Within a very short time, the search for a new, permanent home for Aaron has been shared umpteen times – and less than seven hours later she can already report success.

A couple from Stuttgart became aware of the tragic story, then got in the car on Tuesday evening and drove to Hochemmingen, where the dog is currently being cared for. “Aaron was happy right away and played with the two of them,” reports the deceased’s acquaintance. The chemistry is right – the dog travels to Stuttgart that same evening. There he finds a new home in a house with a garden on the edge of the forest. Hopefully without further strokes of fate in his old age.

The cause of the traffic accident is still unclear, as police spokesman Uwe Vincon explains at the request of our editors. The person who caused the accident could already be heard, but she could not explain why she got into the oncoming lane. An expert will now examine the car again to check the technical infrastructure.