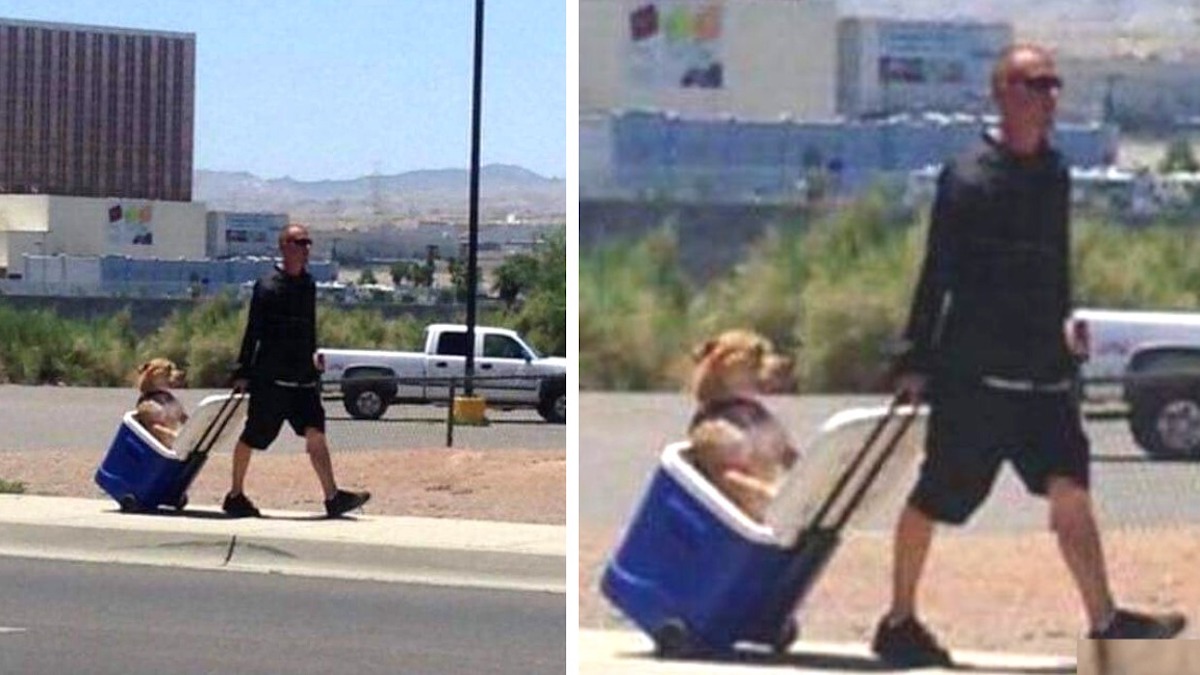 Dogs obviously do not wear synthetic shoes on their paws, which would nevertheless allow them to avoid suffering the effects of high temperatures. Although their natural pads protect them on most surfaces, the high temperature of the asphalt sometimes forces their masters to take extreme measures.

This is precisely what one individual did when he noticed that the asphalt was very hot and that he had to take his animal to the vet. Not wanting his dog to burn himself, he put him in a cooler on wheels and started pulling him.

This story became known because a passerby who observed the man walking with the cooler decided to photograph the canine, who used to be transported this way.

Pancho Blue El Refugio, who works at the pet care center, was interested in the post and decided to make it available to his followers. It’s not every day that you see a human being feeling that kind of empathy.